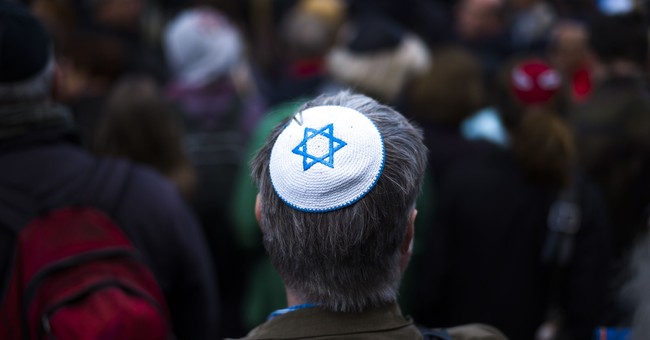 Conservative documentarian Ami Horowitz is back at it again.

As if universities weren’t doing enough to separate people based on identity, Horowitz revealed anti-semitic propaganda at an event in late March titled “Conflict Over Gaza: People, Politics and Possibilities.” It was sponsored by 38 departments and schools at the University of North Carolina (UNC).

“Rockets fired out of Gaza; protesters shot near the fence; Egypt mediating between Hamas and Israel,” the description reads on the UNC Consortium for Middle East Studies website. “When the Gaza Strip is mentioned in U.S. news outlets, it is usually in response to that day’s sensational events with little (if any) context provided. ‘Conflict over Gaza: People, Politics, and Possibilities’ will shed much-needed light on the current realities in the Gaza Strip, giving participants a deeper understanding of the context of these realities and offering concrete options that can better the lives of Gazans.”

Horowitz said that the conference spent its time, “bashing Jews and white-washing the terrorist organization Hamas.”

He asked one UNC professor what she felt about the attacks on Jews and synagogues by black teens in New York.

“Blacks have a lot of, also, reason to be angry at Jews now,” she said.

At the event, Horowitz asked attendees their thoughts on the idea that Jewish money controls U.S. government policy.

“You know, and their money rules the world,” one woman said. “…makes the decisions.”

“I appreciate your courage!” another woman said to her.

Another man claimed that Ethiopian Jews were sterilized by the Jewish government when they came into Israel in the past.

“And then, the featured entertainment for the event came on stage,” Horowitz said. The artist he filmed riled the crowd, getting them to sing, “I’m in love with a Jew,” and trying to get them as “anti-semitic” as possible during the concert.

Horowitz was later kicked out of the conference and told that he wouldn't be allowed to conduct interviews there.

“Just days after the conference, swastikas were found on campus,” Horowitz said. UNC tweeted on April 10 that it found anti-semitic posters placed all over the Davis Library.

“I am extremely disappointed and appalled that anyone would write these abhorrent messages and direct them toward members of our Jewish community,” wrote UNC Interim Chancellor Kevin Guskiewicz. “This behavior conflicts with the University’s long-standing commitment to fostering an environment where all students, faculty and staff can be free from harassment.”