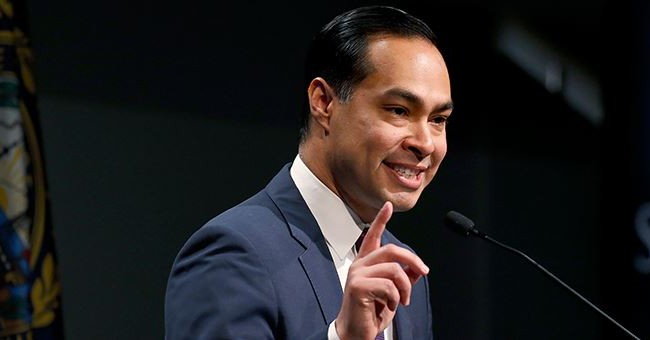 2020 presidential candidate Julian Castro introduced an immigration plan that would reverse laws made under the Bush and Trump administrations.

“Last year, the Trump administration told Americans that if we would just be cruel enough to separate little children from their parents, that cruelty would deter more families form seeking asylum at our southern border,” Castro wrote Monday in an article published to Medium. “It turns out this was totally wrong—both morally and factually. More families are coming. Their policy of cruelty is a failure, and we should choose compassion instead. We should choose people first.”

“The only redeeming quality of the Castro plan that he rolled out is its honesty. It doesn’t even pretend to address border security,” Hauman said.

One of the measures the plan pushes is an ability for 11 million illegal immigrants and their families to gain citizenship status. It would give the same opportunity to Dreamers, illegal immigrants who were brought to the United States as children.

“We must end the three and ten year bars that require undocumented individuals—who otherwise qualify for legal status—to leave the country and their families behind, in order to attain citizenship,” Castro wrote.

“The truth is,” Castro wrote, “immigrants seeking refuge in our country aren’t a threat to national security. Migration shouldn’t be a criminal justice issue. It’s time to end this draconian policy and return to treating immigration as a civil—not a criminal—issue.”

Hauman disagreed. “The fundamental principle here with this plan is that there should be no penalty for illegal immigration. Period. It is radical,” he said.

On top of those measures, Castro wants to split the Immigration and Customs Enforcement (ICE) agency in half. The Department of Homeland Security would be solely responsible for cases involving terrorism, human and drug trafficking.

“It just shows how the Democratic party is now the party of ‘abolish ICE,’” Hauman said. “The ‘Abolish ICE’ movement is not a fringe idea anymore. This is a leading candidate for the highest office in the land and he’s calling to gut a fundamental law enforcement agency.”

Hauman suggested that Castro’s plan is a political stunt, designed to throw border protection under the bus in order to score points in the presidential campaign. On top of that, he believes Robert Francis “Beto” O'Rourke and other candidates will propose more radical plans in response.

“Castro’s the first candidate to actually put forth a detailed immigration proposal,” he said. “One thing we’re going to see with this large field of Democratic candidates on every issue is that they’re going to keep moving to the left of one another to the point where they’re so far out there that the American people are going to look at them and say, ‘These guys are crazy.’”

Finally, Castro wants to generate financial stability for Central American “nations that are the main sources of migration to the United States.” He argued doing so would boost foreign relations and the U.S. economy.

“Donald Trump’s cruel and punitive ‘zero-tolerance’ policies have done nothing to deter migrants or address the root causes of migration,” he wrote. “And his recent short-sighted plan to cut foreign aid going to Guatemala, Honduras, and El Salvador will only exacerbate the problem.”

Hauman said that Castro’s foreign aid measure is, “the only thing that pretends to address the crisis that we have right now.” He argued that any money that the U.S. pours into those “failing Central American countries” will not stop people from migrating to the U.S. or offset Castro’s incentives.

“If you have an incentive that says, ‘Hey. You can come here, you won’t be deported, you’ll get amnesty, there’ll be future amnesties down the line, the crisis is just going to get worse,” Hauman said.