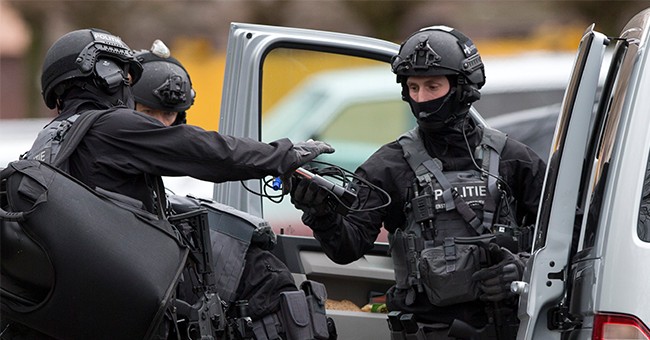 Gun killings are rare in Utrecht, but as of Monday afternoon three people were killed with five others wounded.

“We expect a terror motive. Our thoughts are with the next of kin and the witnesses of this horrific event,” said Utrecht Mayor Jan van Zanen.

City police arrested two people who might be connected to the shooting. Police identified one of the suspects as Gökmen Tanis, a 37 year old man born in Turkey, who was on a tram near the 24 Oktoberplein station where the shooting occurred.

The suspect of the shooting at the #24oktoberplein was arrested at the Oudenoord in Utrecht. Earlier the police published information and a photo of this same person.

The department released a photo of Tanis and warned the public not to approach him.

The police asks you to look out for the 37 year old Gökman Tanis (born in Turkey) associated with the incident this morning at the #24oktoberplein in #Utrecht. Do not approach him but call 0800-6070. pic.twitter.com/U1IWEDtUYu

“Police said earlier they were looking for a least one person who might have fled the scene by car,” NBC reported. “And didn't exclude the possibility that more people might have been involved.”

King Willem-Alexander and Queen Máxima of the Netherlands released a statement shortly after the attack.

“We feel intensely for the victims and their families,” they said. “Acts of violence are completely unacceptable. Let us all stand united for a society where people can feel safe and where freedom and tolerance prevail. We would like to thank all emergency services who are currently working with those affected. We are with the citizens of Utrecht in our thoughts.”

Their statements came quickly after a similar statement they made to the New Zealand shooting, where they said that, “Hate and intolerance have taken a dreadful toll.”