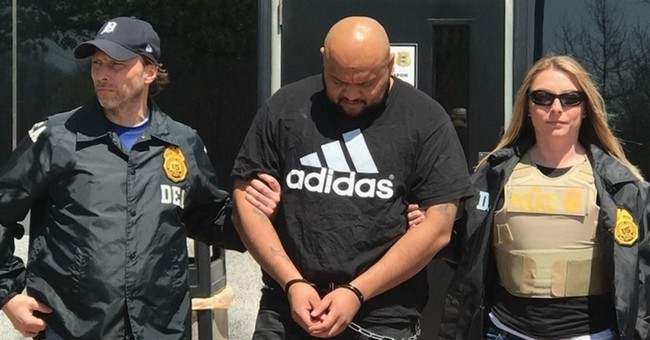 Recently, Congressman Vern Buchanan (R-FL) stood with Sen. Ted Cruz (R-TX) to support his “EL CHAPO” Act, which would use funds confiscated from the infamous drug lord and use it to fund President Donald Trump’s border wall.

Now the congressman plans to pass a bill of his own to go after notorious gang members like MS-13.

“We can’t allow vicious gangs like MS-13 to enter or live in the United States,” Buchanan said in a statement. “My bill would help ensure these criminals don’t slip through the cracks and threaten the lives of law enforcement and ordinary citizens.”

The “Criminal Alien Gang Member Removal Act” seeks to deport people legally admitted into the United States who are or were members of any gang known to commit acts of violence or drug felonies. Current law prevents immigrants from being deported or denied access because they were associated with a gang.

U.S. Customs and Border Protection (CBP) reported that in February our nation has seen the highest number of illegal aliens cross the southern border in 12 years. According to a statement from Buchanan’s office, CBP Commissioner Kevin McAleenan blamed the rise on enforcement policy loopholes. On Monday, two men were arrested in Nassau County, New York for drug and weapon possession. Both are allegedly from MS-13.

“Strengthening our laws and securing our southern border is necessary – there should be nothing controversial about that,” Buchanan said. “America is a nation of immigrants but also a nation of laws.”