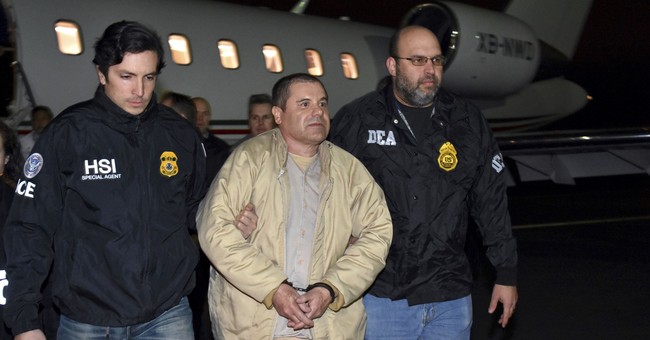 “Guzman’s drug empire amassed an estimated $14 billion from narcotic sales responsible for destroying the lives of millions of Americans,” Buchanan said. “As President Trump looks to secure the southern border, Congress should pass this commonsense measure to use seized drug money to staunch the flow of drugs and violence into our communities.”

The act, which stands for the “Ensuring Lawful Collection of Hidden Assets to Provide Order,” will allocate funds confiscated from the recently convicted drug lord Joaquin Archivaldo Guzman Loera (El Chapo) to border security measures, including funding for a U.S.-Mexico border wall. The bill was originally introduced back in April 2017 but was reintroduced by Cruz two weeks ago.

“This is how we can fund President @realDonaldTrump's proposed border wall,” Cruz tweeted on Feb. 13. “Pass my #ELCHAPOAct and make El Chapo pay for it!”

This is how we can fund President @realDonaldTrump's proposed border wall... Pass my #ELCHAPOAct and make El Chapo pay for it!

On Feb. 12, El Chapo was found guilty on all 10 counts against him by the New York courthouse. He was notorious for his large-scale drug smuggling and cartel operations since the 1980’s. El Chapo pleaded not guilty during his three-month trial. He’ll be sentenced at the end of June this year.

“Buchanan has been a strong supporter of enforcing federal immigration laws and is the author of the Criminal Alien Gang Member Removal Act,” said the press release. “Buchanan’s bill prohibits gang members from entering the U.S. and allows for them to be deported if they are already here, as well as disqualifying these dangerous individuals from receiving asylum or temporary protected status.”