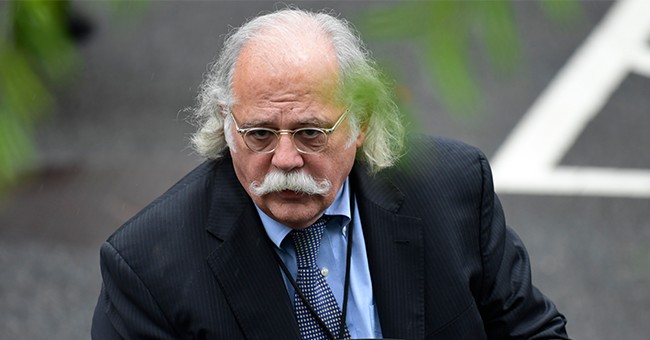 A former White House lawyer, Ty Cobb, praised Robert Mueller as an “American hero,” according to Tuesday’s “The Investigation” podcast on ABC News.

“I think Bob Mueller's an American hero,” Cobb said. “I think Bob Mueller's a guy that you know even though he came from an, arguably, privileged background, you know, has a backbone of steel. He walked into a firefight in Vietnam to pull out one of his injured colleagues and was appropriately honored for that. I've known him for 30 years as a prosecutor and a friend. And I think the-- I think the world of Bob Mueller. He is a very deliberate guy. And he-- but he's also a class act. And a very-- justice oriented person.”

Cobb told ABC that he didn’t share the view of another former White House lawyer, John Dowd, who called Mueller’s investigation on President Trump, "One of the greatest frauds this country's ever seen."

Cobb said that he was able to keep Trump from going on the offensive against Mueller for the first nine months that he worked for him. But after Dowd made a tweet criticizing Mueller, Trump, “felt unleashed.”

“I don't feel the investigation is a witch hunt,” Cobb added. “I wish it had happened on a quicker timetable. But it didn't. And that's you know, and that's unfortunate. “

The report that Mueller will send to the U.S. Attorney General won’t cause much harm to the president's political career, Cobb told ABC. He pointed out that the 800-page sentencing memorandum and the “speaking indictments” made against Trump campaign chairman Paul Manafort, along with 33 other defendants, “make no reference to collusion.”

Cobb said Trump and his attorney, Rudy Giuliani, worked to turn the investigation into a public issue and to let the American people question Mueller’s intentions.

“Rudy and the president have been effective in a way that, you know, would not have been preferable for me,” Cobb said. “But they have ratcheted up the public's concerns about the investigation and its legitimacy. I object to that approach. But it's his choice. He's the president. And it's what-- it's what Clinton did to Ken Starr.”

Just as Trump has hit hard on the Mueller investigation, the former lawyer suggested that his enemies will bite back.

“All these people are hell bent on issuing a lot of subpoenas to get to the administration and perpetuate this investigation,” he said.

President Trump hired Emmet Flood on May 2, 2018 to replace Cobb. White House press secretary, Sarah Huckabee Sanders, said that Cobb did a terrific job as Trump's lawyer. Trump tweeted the same month that he was satisfied with Cobb's work.

The Failing New York Times purposely wrote a false story stating that I am unhappy with my legal team on the Russia case and am going to add another lawyer to help out. Wrong. I am VERY happy with my lawyers, John Dowd, Ty Cobb and Jay Sekulow. They are doing a great job and.....

Former White House strategist Stephen Bannon said the opposite. He claimed that Cobb was fired for his position on the Mueller case.

"Cobb’s radical theory of the case, to waive executive privilege from the very beginning, was not simply wrong. It was reckless," he said. "Unfortunately, you cannot undo the serious damage he has caused the president and the presidency."