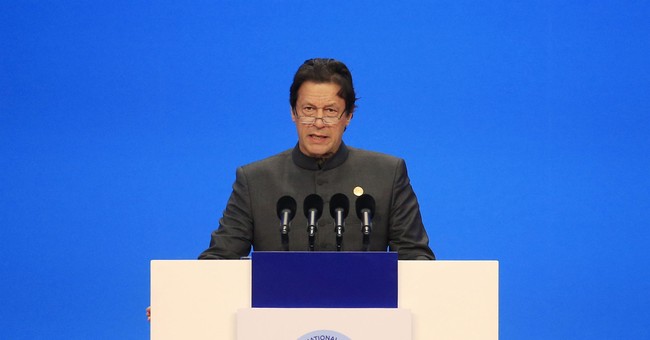 The Indian Air Force said it is happy to have their pilot returned from Pakistani custody but didn’t say whether or not they saw the offering as a “peace gesture” from the country.

"We see it as a gesture in consonance with the Geneva Conventions," said India Air Vice Marshal RGK Kapoor Thursday, according to the Press Trust of India.

Pakistani Prime Minister Imran Khan told parliament in Islamabad Thursday that the Indian pilot who was captured will be released Friday.

“As a peace gesture we will be releasing him tomorrow,” Khan said.

Pakistani forces shot down two Indian military plans Wednesday and captured one of the pilots, Wing Commander Abhinandan Varthaman. Varthaman’s plane was crossing the Kashmir border. Two videos showed the pilot captured and blindfolded, with blood on his face, then later cleaned up and handed a cup of tea. He complimented the Pakistani military for their generosity and promised that he wouldn’t change his story if he’s to be released back to his country.

The recent situation followed a series of attacks from both countries, starting with a terrorist attack on Indian forces by the Islamic terrorist group, “Jarish-e-Mohammed (JeM).” Afterwards, the Indian military launched a cross-border air strike on what they claimed was a JeM training camp. They reportedly killed 300 suspected Pakistani militants.

Fears of war began to spread, and people feared that India and Pakistan would retaliate using their nuclear arsenal. Khan responded to the situation saying that he was willing to discuss peace talks with India to avoid further conflict.