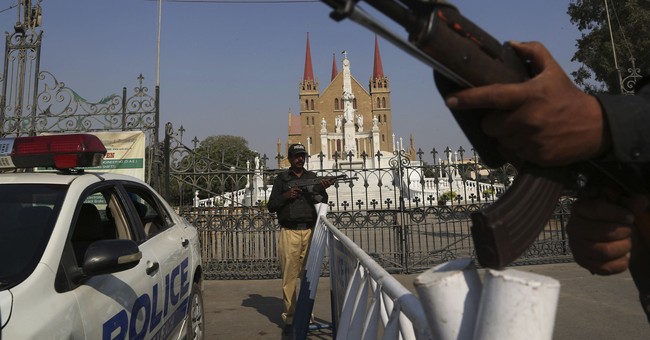 The unstable spirit of Pakistan’s and India’s relationship rears its ugly head, staring back at the watching world with the image of nuclear war in its eyes.

On Wednesday, Pakistan's air force shot down two Indian warplanes that crossed the Kashmir border, according to Fox News. The air force claims that they captured the two pilots. One of the pilots, Wing Commander Abhinandan Varthaman, was shown in two videos. One had the pilot blindfolded, with his face covered in blood. The other showed him without a blindfold and his face cleaned, holding a cup of tea.

The two countries raged three wars against each other, rooted from a bloody conflict between Muslims and Hindus after India gained independence in 1947. Another war may arrive, and this time with the threat of nuclear retaliation looming in the distance.

It started with a terrorist attack on Feb. 14. According to The Times of India, at least 40 Indian paramilitary forces were killed in Kashmir due to a car bomb planted by the Islamic terrorist group Jaish-e-Mohammed.

“The Pakistan-based Jarish-e-Mohammed terror group has claimed responsibility for the attack that took place about 20 km (12.4 miles) from Srinagar,” The Times wrote.

“Twelve French-made Mirage 2000 fighter bombers from the 1st ‘Tigers’ and 7th ‘Battle Axes’ fighter squadrons took off from bases in India,” Foxtrot Alpha wrote. “Armed with 2,000 pound laser-guided bombs and escorted by Sukhoi Su-30 MKI fighter bombers, the Mirages flew at low level forty miles into Pakistani territory and bombed what India claims was a JeM training camp outside the town of Balakot.”

Pakistan’s air force responded by taking down the Indian warplanes on Feb. 27.

Pakistan’s Prime Minister Imran Khan said he wants to talk peace options with India but stated that conflict could continue to escalate.

The Times of India said that Pakistan is looking to gain military support from China, since China relies on Pakistan for the protection of their citizens in the China-Pakistan Economic Corridor, among other reasons.