Bill Clinton: The Most Forgivable Liar? 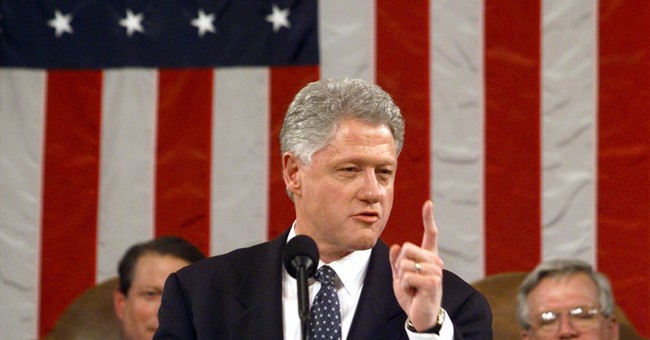 Usually people have a hard time forgiving liars, but it seems that even some of the most notorious liars are able to be forgiven. According to a recent CBS-Vanity Fair poll, former President Bill Clinton’s affair with a White House intern can eventually be forgiven.

43 percent of people said they were most able to forgive Clinton among a list of people what have betrayed the public’s trust.

The survey asks “which liar are you most able to forgive," listing Clinton along with cyclist Lance Armstrong, former President Richard Nixon and Bernie Madoff, who defrauded his investment clients out of billions of dollars in a Ponzi scheme.

Madoff, who is serving 150 years in prison, ranked lowest, with 3 percent who said he is most forgivable. Twelve percent chose Nixon, while 22 percent chose Armstrong, who admitted to using performance-enhancement drugs during his career.

It seems a bit strange that Clinton is the most forgivable character on the list. Clinton not only had an affair and lied about it, but he lied about it in court and therefore committed perjury. Clinton’s scandal is quite a complex web and he was supposed to be honorable. As the President of the United States, he was supposed to be honest to the American people. At least the other infamous celebrities did not have the most powerful country in their hands.

I wonder what kind of affect the liberally biased media had on this. Perhaps the coverage, or lack thereof affected how people felt about the president’s dishonesty.