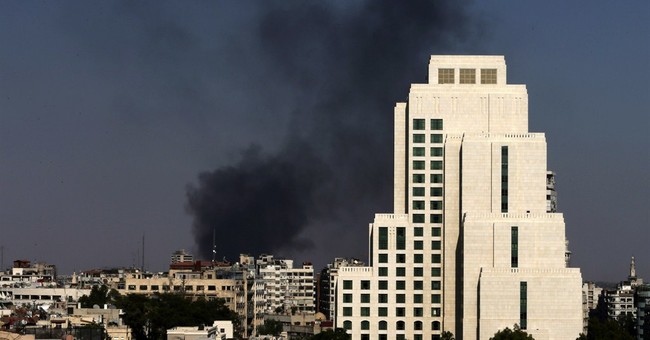 Due to the unstable environment in the Middle East, the White House has decided to close down two major embassies in the region to protect our diplomats. With questions about our next actions concerning Syria, the U.S. State Department has decided this was the next logical step. According to The Hill:

The State Department has ordered a drawdown of non-emergency personnel in Beirut, Lebanon, because of concerns of an attack by Syria ally Hezbollah.

The department has also approved the drawdown of non-emergency personnel and family members who wish to leave Adana, Turkey, which is located five miles from the U.S. Air Force base at Incirlik.

“Given the current tensions the region, as well as potential threats to U.S. Government facilities and personnel, we are taking these steps out of an abundance of caution to protect our employees and their families, and local employees and visitors to our facilities,” State Department spokeswoman Marie Harf said in a statement.

“We will continue to assess the situation and to adjust our security posture accordingly.”

The U.S. embassy in Baghdad is also on heightened alert after reports that intelligence agencies intercepted a message from Iran's Revolutionary Guards telling Shiite militia groups in Iraq to attack U.S. interests there.

It seems as though the Obama administration is finally wising up to the fact that our diplomats are an extremely important part of international security. Now we will have to wait until Tuesday to see what the next steps will be in terms of action in Syria.