Pledge of Allegiance on Trial in Massachusetts 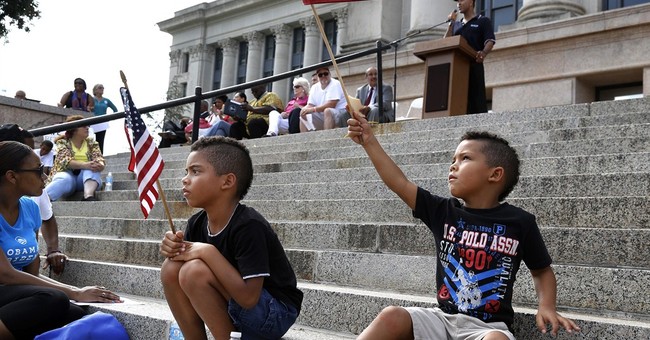 The State Supreme Court of Massachusetts will begin hearing arguments this week in a case where an atheist couple is looking to strike the words “under God” from the Pledge of Allegiance, which their kids say at school every day.

The American Humanist Association is arguing on behalf of the Acton family. On the other side, the Becket Fund for Religious Liberty is working to represent the school district. The suit was filed anonymously in order to protect their children, but it looks like these special interest groups from DC are looking to get in on the argument.

The American Humanist Association says that the pledge’s “wording strongly favoring one religious class while disfavoring the plaintiffs’ religious class” is out of line. But just last year the Middlesex Superior Court ruled that “’under God’ does not convert the exercise into prayer,” that the children can choose not to say the pledge, and that the inclusion of “under god” did not violate the childrens’ rights.

Congress added those words to the pledge in 1954 and this is not the first time someone has tried to challenge this wording. This case could be decided in a month or as long as a year. Religious liberty is at stake here.