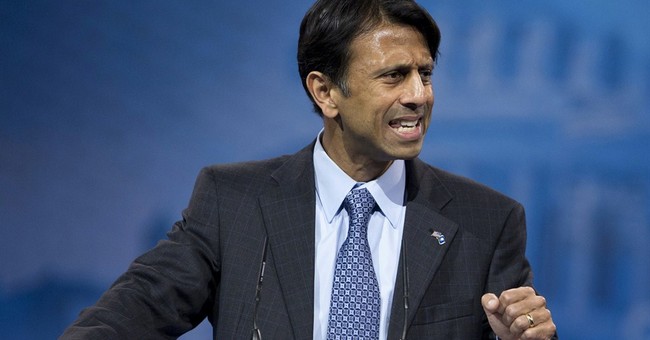 I don’t think there could be any better way to put it. Take it away Governor Jindal:

“There are no logical reasons to oppose construction of the pipeline other than an irrational liberal ideology that blindly and unscientifically opposes all forms of energy which they themselves do not deem to be sufficiently ‘green’ or ‘renewable’.“

Governor Jindal made these remarks in a speech to the Oilmen’s Business Forum up in the Canadian Rockies. In his speech earlier this week, the republican governor blamed “blind leftwing ideologues” for holding up construction of the proposed Keystone XL Pipeline. He mentions his left-wing opponents 16 times in the speech. According to the Wall Street Journal, “In sharper terms than many others in his party, Mr. Jindal portrays the Democrats as elitists who oppose all forms of traditional energy production and explicitly favor higher energy prices”.

Obviously coming from Louisiana, a state very familiar with the oil industry, Mr. Jindal is no stranger to the dangers and, more importantly, benefits of access to oil. The importance of this pipeline cannot be understated. And additionally, all the safety requirements have been met. What else needs to be done in order for the environmental extremists to understand they are simply getting in the way of an important life-sustaining investment?