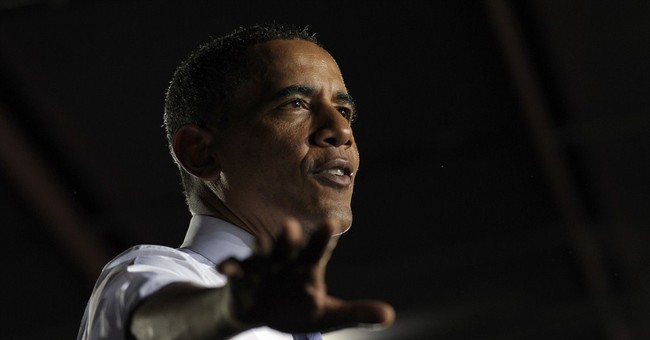 On Wednesday President Obama gave another speech on the economy at the University of Central Missouri. But apparently 10 college republicans wearing Tea Party t-shirts or other patriotic, Republican themed clothing were turned away from attending the event. The students who all held tickets to the event and had waited in line for 2 hours, were deemed a threat by security personnel at the front doors. Security made sure to explain it wasn’t about their politics, but about the President’s security. Really?!

The students had protested some of the President’s policies on campus earlier in the day, but had put away their signs in order to attend the event. Security turned them away at the front doors of the recreation facility and told them to stay hundreds of yards away from the area.

“It just didn’t make any sense,” Courtney Scott, the State Treasurer of the College Republicans told The Fix. “A lot of us traveled several hours to watch the speech. We were very disappointed not to be able to attend.”

According to The Fix:

The students’ protest earlier in the day was a peaceful one, consisting of holding political speech signs and talking to passersby throughout the morning, Scott said. They were asked to protest at the “public speech area” on campus, not anywhere near the rec center. They were not allowed within eyesight or earshot of people who were waiting in line.

The Mizzou Republicans were among about sixty protesters, half of whom were college students, who had voiced concern Wednesday over Obama’s economic policies in the wake of the country’s ongoing recession.

Some of the signs called for capitalism, others illustrated discontent with Missouri’s 16 percent unemployment rate among college student youth, and the increasing share of national debt students are saddled with year by year.

Hmmm. These kids really sound dangerous. Some 2,500 other people managed to get through security just fine, but the ones wearing Republican gear were turned away? Yeah, this seems a bit sketchy. Why is the President afraid of some college students disagreeing with his policy decisions? Maybe their impending graduation and the lack of jobs for them is making him worry about their approval?