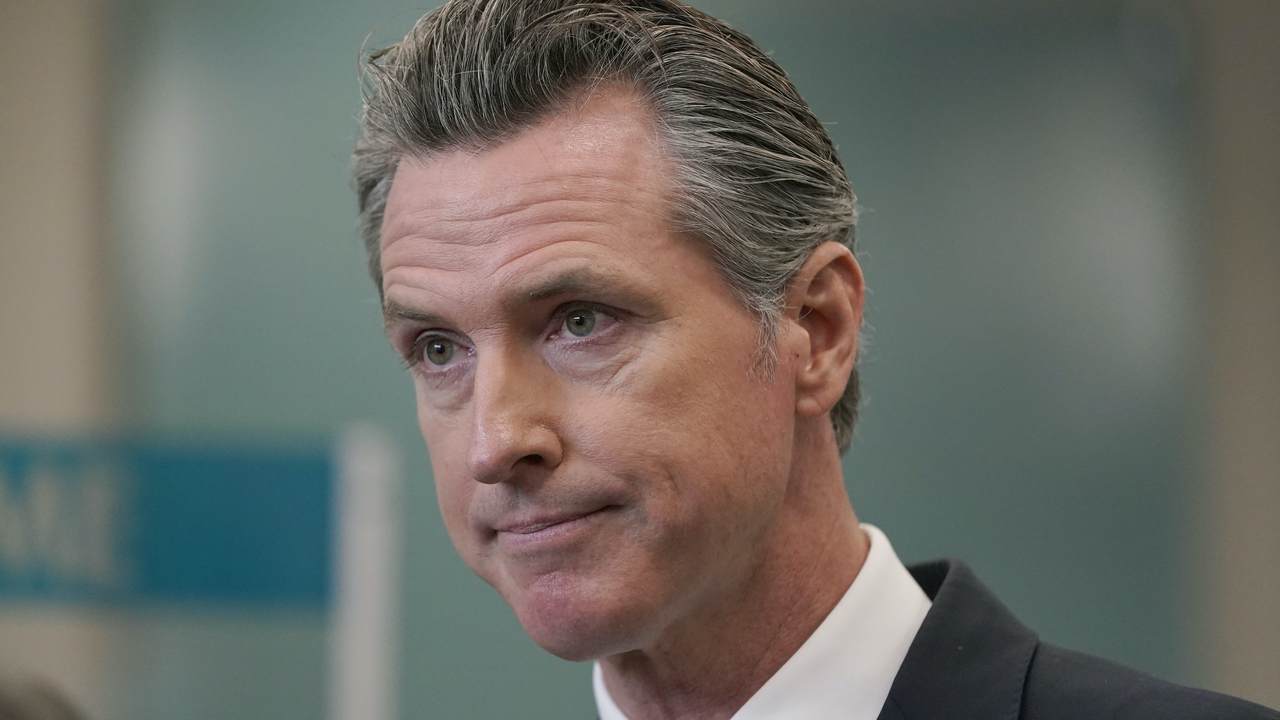 I've just returned from a four-day trip to California, where I watched some sports throughout the visit. The state's gubernatorial recall election is less than a week away now, and the airwaves are flooded with political messages targeting Golden State voters. I did not see a single ad in favor of the recall, or any of the candidates vying to become governor if Gavin Newsom loses his job next week.

What I did see was a drumbeat of anti-recall, pro-Newsom commercials. Democrats are spending millions to scare people into retaining their party's leader:

Gov. Gavin Newsom and his allies boosted the Democrat’s chances of beating the recall attempt by significantly outspending his opponents in August, putting more than $36 million into efforts that included TV advertising and social media, phone-banking, door-knocking and texting. The five top Republicans running to replace Newsom and pro-recall committees combined spent less than a third as much over the same period, according to campaign finance disclosures filed Thursday with the secretary of state’s office. Newsom, who enjoys an overwhelming fundraising advantage over his opponents, used that edge to stoke Democratic enthusiasm after a series of polls suggested his fellow partisans were less engaged than Republicans and others supporting the recall...Anti-recall forces have raised $72.4 million, more than double that of candidates and political committees backing the recall.

I must have seen this spot a dozen times during my limited viewing:

The ad portrays Newsom as a steady leader in the face of the pandemic, though the state's often arbitrary restrictions and mandates – of debatable effectiveness – helped spur the recall effort in the first place. Famously, Newsom hasn't played by his own rules: The infamous French Laundry incident made national headlines, and the governor's family was the focus of additional hypocrisy accusations in recent weeks. Other prominent California Democrats have also been caught in "rules for thee, but not for me" controversies. The allegation in the commercial above about the thread of an "anti-vaccine" Republican becoming governor and putting lives at risk has been rated "misleading" in a Sacramento Bee fact check:

Claim: A new ad from Gov. Gavin Newsom’s anti-recall campaign, released Monday, suggested a “yes” vote will elect an anti-vaccine governor. The ad warns Californians that voting yes on the Sept. 14 recall “elects an anti-vaccine Trump Republican,” and shows an illustration of a red “cancel” symbol over the vaccine. The ad goes on to say that if Californians don’t vote, “we could have an anti-vax Republican governor of California.”

Ruling: Misleading...The leading Republican candidate and longtime radio talk show host told The Sacramento Bee’s editorial board in early August that he has received the COVID-19 vaccine. “I have been vaccinated, I believe vaccines work. I’m an old man, I have comorbidities, I support people to get the vaccine,” he said in the interview. But like many of his fellow Republican candidates, Elder says he would not impose a statewide vaccinate mandate, or a mask mandate for that matter.

Being anti-government mandate is not the same as being anti-vax – and as the Bee notes, Elder has been vaccinated and has openly encouraged vaccination. But the fear-mongering and appeals to naked partisanship (complete with ubiquitous Trump references and comparisons) may be working. Polling in early-to-mid August showed an extremely tight contest on the simple Yes/No question on the ballot. In short, if more Californians vote in favor of the recall than against it, Newsom will be thrown out, and the top vote-getter within a crowded field of challengers will be installed as governor until early 2023. On that key threshold question, surveys showed a virtual tie, with stronger motivation and enthusiasm on the pro-recall side just a few weeks ago. But the Democratic attack machine has ramped into high gear, pouring tens of millions into the race to protect Newsom, and the blue state electorate has responded. Newsom (no on recall) now holds a lead in the neighborhood of ten percentage points – including the latest from the Trafalgar group, which many Trump supporters touted during the 2020 campaign:

One question is whether the governor's improved polling prospects might actually lull California Democrats into a false sense of security ahead of Tuesday's election. If anti-Newsom voters remain firmly committed to submitting ballots, while disengaged left-leaning voters (a sizable majority in this extremely blue state) are less engaged, it could be a squeaker. But if the polling is broadly correct, Newsom could sail to survival. He's had major progressive figures like Bernie Sanders and Elizabeth Warren stumping for him, in order to whip up motivation among the left-wing Democratic base. As a point of reference, the last time a California governor was recalled was 2003. Democrat Gray Davis saw his approval ratings sink into the 20's at the time, and the state was less left-wing than it is today. George W. Bush lost California by "only" 10 points to John Kerry in 2004. Last year, Joe Biden carried the state over Donald Trump by nearly 30 points. Newsom has a much stronger approval rating than Davis had, and he governs a much more Democratic state. In case you missed it, I'll leave you with Republican frontrunner Larry Elder responding to the truly ludicrous attack that he's a "white supremacist":