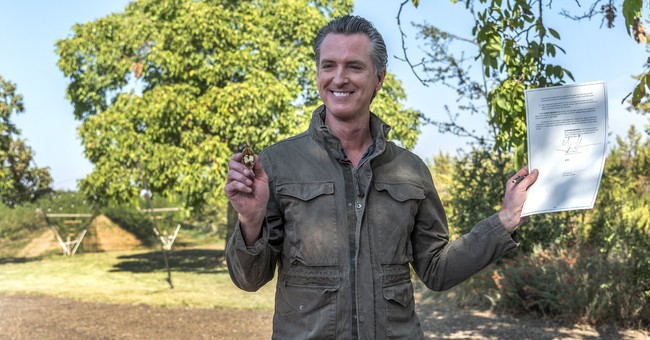 Gov. Gavin Newsom (D-CA) is not doing his part to stop the spread of the Wuhan coronavirus. While the governor asks Californians to forgo large gatherings this year, Newsom was spotted at a large birthday celebration in Napa Valley last week.

The dinner the night of Nov. 6 at the famed French Laundry in Yountville in Napa County brought together at least 12 people to celebrate the 50th birthday of Jason Kinney, a longtime friend and political adviser to Newsom who is also a partner at the lobbying firm Axiom Advisors. In addition to the governor, his wife, Jennifer Siebel Newsom, was in attendance.

State guidelines limit gatherings, defined as “social situations that bring together people from different households at the same time in a single space or place,” to no more than three households. Representatives for Kinney and Newsom declined to specify how many households the diners represented, but did not dispute that it was more than three.

It's more rules for thee but not for me from Gov. Narcissist.

Newsom became the first governor to issue a stay-at-home order in response to the Wuhan coronavirus. But when the governor ordered wineries to close down tasting rooms in order to slow the spread of the virus, the governor made sure that his own winery stayed open.

As you can see, we are not all in this together. Newsom and his liberal elites want Americans locked indoors so they can avoid the crowds and continue on with their lives as usual.

Newsom is still partying it up in the Napa Valley, Nancy Pelosi is still getting her hair done, and Joe Biden is threatening the American people with another lockdown because the Democrats and the liberal elites have exempted themselves from their own rules.