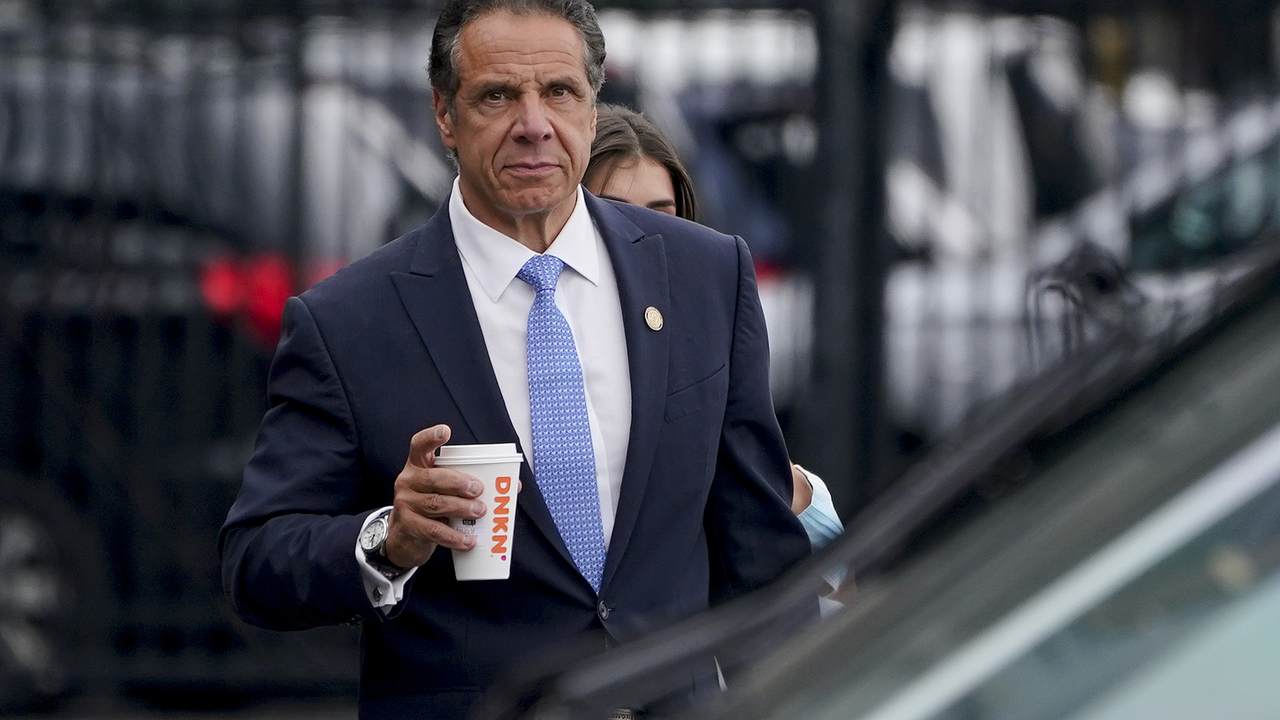 When a number of current and former New York Democrats started grousing and expressing concerns over Gov. Andrew Cuomo's delayed resignation last week, I assumed it was just knife twisting and concern trolling.  The man has made a lot of enemies over the years, and those enemies are savoring his political demise.  They couldn't actually have been concerned that he was plotting something, could they?  Cuomo is unbelievably shameless, but nobody is shameless enough to...un-resign, right?  As the days have passed, more people have started to detect a whiff of fishiness about what the governor has -- and has not -- done.  For instance, as of today, he hasn't yet submitted a formal, written letter of resignation:

According to New York law, if a public officer resigns, which includes the governor, "Every resignation shall be in writing addressed to the officer or body to whom it is made. If no effective date is specified in such resignation, it shall take effect upon delivery to or filing with the proper officer or body. If an effective date is specified in such resignation, it shall take effect upon the date specified... A resignation delivered or filed pursuant to this section, whether effective immediately or at a specified future date, may not be withdrawn, canceled, or amended except by consent of the officer to whom it is delivered or body with which it is filed." However, New York Post, as well as multiple social media reports, have confirmed the fact that Cuomo is still to submit his signed resignation letter to the concerned supervising body. Given that Cuomo holds certain powers as chief executive of the state of New York, he is required by law to forswear his office before Hochul can take his place. The New York Times national political reporter Shane Goldmacher confirmed on Monday, August 16, that Cuomo had still not handed over his resignation letter.

Indeed, this was posted Monday night:

Smack dab in the middle of packing, he simply imposed a mandate on 450,000 people that will take effect a month after his departure from the governor’s mansion. Cuomo is the lamest duck in the history of lame ducks. But he ain’t acting like one. As a moral matter, the guy has no business making unilateral rules that are to take effect 32 days after he’s gone. But then, the guy really had no business unilaterally deciding he was going to remain governor for two weeks after his resignation...He gave the state two weeks’ notice, like he was our cleaning lady. Or did he? Has anyone seen a formal resignation letter from Cuomo with a signature at the bottom? Surely such a formal document is legally necessary, given the nature of the powers Cuomo holds as chief executive of the state of New York. He must forswear his office as a matter of functional law so that it can be vacated before his successor, Kathy Hochul, is sworn in. His resignation is supposed to take effect in eight days. Where is the letter? Might it be that Cuomo has a scheme to stick around? Could this whole resignation business be a kind of trial balloon — to see whether things might change so dramatically due to unforeseen circumstances that he might have grounds to rescind his resignation?

I guess I just cannot fathom how this ploy would work.  He tells everyone he's leaving in two weeks, then he just doesn't?  C'mon.  I might consider this more seriously if he'd hedged his announcement, or if there were evidence that his team is feverishly conducting polling to see if his standing has improved.  But does he even have much of a team left at this point?  The New York State legislature cravenly dropped its impeachment investigation into Cuomo last week, only to reverse course a few days later, following an outcry.  Cuomo is leaving because he had no other choice.  His dumb boasting about beating a hypothetical impeachment effort aside, he knew he didn't have the votes to remain in power; there is no way on earth he'd have relinquished it otherwise.  If he were to try anything as brazen as un-resigning, impeachment fever would spike.  In other words, I'm still (mostly) convinced theories about a head-fake are unfounded and a bit conspiratorial.  I'll leave you with Janice Dean reacting harshly to Chris Cuomo's damage control spin as he tries to justify is unethical conduct at CNN:

What a bunch of baloney. The right thing to do was to not advise your brother on his sexual harassment charges and to decline Covid tests that could’ve been used to save elderly New Yorkers. The giant cotton swab comedy was a mistake as well. Spare us @ChrisCuomo. https://t.co/as4gmfnw4O