Andrew Cuomo Says He Would Have Survived Impeachment 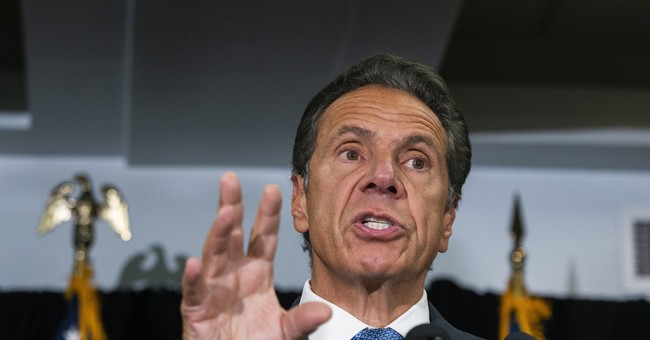 New York Gov. Andrew Cuomo said Friday that he would not have been tossed out of office through an impeachment trial just days after he announced he would soon resign.

Following state Attorney General Letitia James' bombshell report last week that found Cuomo sexually harassed 11 women, some of whom he also sexually assaulted, Cuomo said he made the right decision in stepping down from the governorship and also suggested that the New York State Assembly announcing it would not be moving forward with impeachment was also a good move.

“I feel like I did the right thing. I did the right thing for the state," he said in an interview with New York Magazine. "I’m not gonna drag the state through the mud, through a three-month, four-month impeachment, and then win, and have made the State Legislature and the state government look like a ship of fools, when everything I’ve done all my life was for the exact opposite. I’m not doing that. I feel good. I’m not a martyr. It’s just, I saw the options, option A, option B."

Carl Heastie, the speaker of the New York State Assembly, said that with Cuomo's resignation, going forward with an impeachment investigation when he is no longer governor would be unnecessary and unauthorized.

"First, the purpose of the Assembly Judiciary Committee's impeachment investigation was to determine whether Governor Cuomo should remain in office. The governor's resignation answers that directive," he said in a Friday statement. "Second, we have been advised by Chair Lavine — with the assistance of counsel — of the belief that the constitution does not authorize the legislature to impeach and remove an elected official who is no longer in office."

Heastie said in his statement that the panel discovered "credible evidence" that the allegations charged against the governor were true. He also highlighted that, on top of sexual misconduct, the COVID-19 nursing home scandal and Cuomo's misuse of state resources for his memoir are subject to the impeachment investigation that will be suspended on Aug. 25, the governor's last day in office.

Cuomo, who had previously defended his handling of COVID-19 in New York and was lauded by the mainstream media for his pandemic response, repeatedly denied all allegations of sexual harassment and attempted to discredit and retaliate against his accusers.