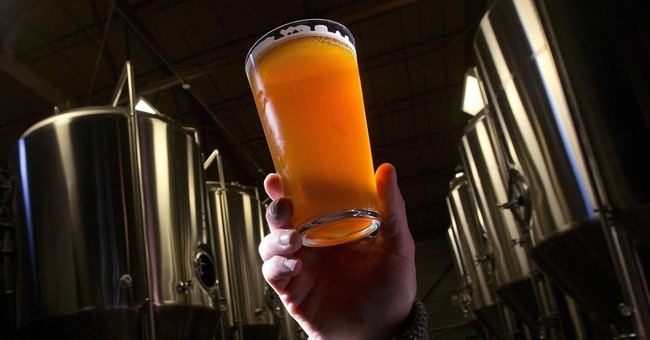 We recently wrote about what isn't working to convince some right-leaning vaccine holdouts -- namely, yet more television interviews with Dr. Anthony Fauci.  It's also a pretty safe bet that another failed strategy is sneering and hectoring lectures on a 'comedy' show hosted by a third-rate Democratic spokesman.  Imagine being so excited to signal your virtue and garner applause from the 'right' sort of people that you'd participate in a performance that's almost guaranteed to alienate the very people you ostensibly want to persuade or influence (amplified by 'NowThis,' a lefty propaganda machine):

Hard to imagine a segment less likely to convince vaccine-hesitant people to get vaccinated.

"We're obnoxious and full of ourselves, and we're making an argument from authority! How can you not trust us?" https://t.co/ltwqDnR3E1

They can't help themselves.  An important point here is that there's a distinction between entrenched anti-vaccine people (roughly one-fifth of the country), who have definitively decided they will not get vaccinated against COVID, and those who are potentially open to doing so, but haven't been sold or just aren't terribly eager.  And the data shows that these people generally aren't very political:

The vaccine hesitant (unlike the vaccine resistant) are disproportionately non-political. They are people who didn't vote in 2020. If we treat the campaign to vaccine hesitant like a political campaign, we will lose. https://t.co/jp90JCHyrj

So what might break through with this group and motivate people to get the jab? How about good old fashioned booze?

The idea of getting vaccinated had been rolling around in the back of Tyler Morsch's mind for weeks. As a 28-year-old, he didn't feel in any particular danger, but he finally decided he should start looking for a Covid-19 vaccination clinic this week. Then he heard the magic words. "Free beer," he said. Saturday was the first day that Erie County worked with a local microbrewery to host its Shot and a Chaser program, offering individuals who got their first dose of the Covid-19 vaccine at Resurgence Brewing Company a free pint glass and coupon for the vaccinated person's drink of choice...Before the vaccinations started at 11 a.m., there was a line out the door...Programs like the Shot and a Chaser program are among the more creative outreach efforts to try and attract individuals who would otherwise not consider vaccination a priority, especially younger adults. New Jersey and Suffolk County have picked up on the idea, offering free drink vouchers at participating breweries for those who agree to get vaccinated. Poloncarz said he's happy to see others pick up the idea. "We're going to do more people today at our first-dose clinics than most of our first-dose clinics in the last week combined," Poloncarz said. "It's been a success. We figured it would be pretty good, but now we're seeing the results."

The state of New Jersey has implemented a similar incentive program, which is an echo of Israel's successful example (these statistics are just incredible).  Related ideas include paying people to get vaccinated (West Virginia is basically doing this), or even creating a lottery wherein a lucky vaccine recipient will have a chance to win a large pot of money (which more or less turns people's inherent weakness at comprehending odds or assessing risk into a force for good).  Meanwhile, former FDA chief Dr. Scott Gottlieb is telling needed truths here:

“If you're fully vaccinated against COVID with one of the Western vaccines, your risk of having a bad outcome from COVID is about comparable to the flu, maybe less,” @ScottGottliebMD says. “The vaccines for COVID are more effective than the vaccines for flu.” pic.twitter.com/5FqDwpyGxY

"We're at a point in time where we can start to lift these [COVID-19] ordinances,” @ScottGottliebMD says. “People have to judge their own individual risk based on their own circumstances." pic.twitter.com/ActX635yeL

Hell, even Fauci is sounding like he's open to more loosening of restrictions, though he also said far less bullish things in the same interview.  The COVID vaccines are enormously effective, and all adults have access to the shots, with vulnerable people having been placed at the front of the line.  Those who want them have them.  Those who don't are making that choice for themselves.  It's time to open things back up completely and not hold the vaccinated hostage to the decisions of the unvaccinated.  I'll leave you with a harrowing thread about the disaster unfolding in India on this front, plus this encouraging news about how well Western vaccines are working against myriad variants of the virus:

As the list of #SARSVoV2 variants of interest/concern grows, so does the evidence that we have vaccines that protect against them pic.twitter.com/vknOYWx0LK

According to government data, more than 150 million Americans have received at least one vaccine dose.