Some Schools Have Been Safely Open for Months 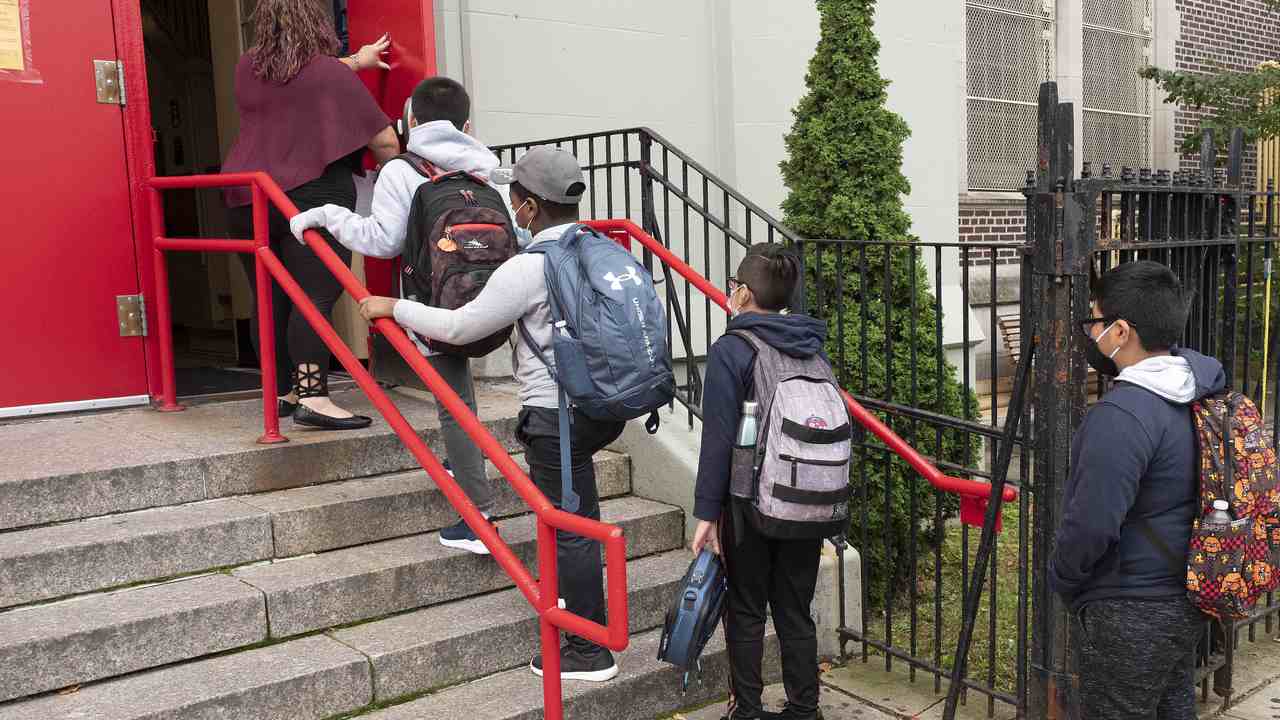 A reality that is too often overlooked, or lost altogether, in the ongoing battle over school re-openings is that we are not engaged in a theoretical scientific debate. It's not as though public health experts are simply guessing that in-person instruction can resume safely. Many schools have been fully open, with some mitigation measures in place, for the entire current school year. This is true of many private schools, and even a large number of public schools. It's maddening to see these realities get treated as if they don't really exist or matter much. They exist, and they matter a lot. We've had a massive scientific experiment being carried out across the nation and the globe since the fall of 2020, the results of which are overwhelming and clear. Schools are not super spreaders, students are safer from the virus inside classrooms than out in their broader communities, and in-person teaching can be achieved safely.

These facts come in addition to devastating findings about the many harmful effects virtual learning is inflicting upon children – academically, emotionally and mentally. There are no valid excuses for delays in opening schools, and the adults acting as obstacles to doing so should be treated with scorn. And case studies like this should be highlighted constantly:

How schools in Canada are staying open safely during pandemic @paulanewtonCNN reports pic.twitter.com/aGMxGRfbEb

Another instructive snapshot from inside the United States, which is representative of private and public schools all over the country that have been open and operating since last year:

CBS was there as St. Timothy’s School in Raleigh waited to see if COVID-19 would force virtual learning and we followed them as teachers did eventually end up teaching from home. Now after 7 months of in-person learning, there have been zero COVID-19 transmissions on campus. It started with a panel of experts to figure out how to do it with 600 staff and students...Desks sit six-feet apart, everyone wears a mask, there are fewer kids per classroom, additional personnel, the gym, and the dining hall were converted into classrooms...And a lot of time is spent outside. “We did all that and with a lot of hard work we’ve really had a successful in-person experience this year,” said Tinnesz. A negative COVID-19 test was required before each person could come back to school after Christmas and winter break...Standardized testing in December resulted in no decline. “And they showed that our students looked no different than the standardized tests that were given in 2019 or 2018 or 2017..."

These North Carolina students have thrived for seven months, as millions of their peers around the country remain barred from re-entering classrooms, with academic progress declining precipitously and personal struggles exploding. In a lengthy Wall Street Journal op-ed discussing how Florida has enjoyed under the leadership of Gov. Ron DeSantis, open and functioning classrooms featured prominently:

Gov. Ron DeSantis took a different approach and was pilloried. He was among the first to lift his state lockdown, adopting something resembling Sweden’s strategy of protecting the vulnerable while keeping businesses and schools open. “Florida Man Leads His State to the Morgue,” read a June headline in the New Republic. “Ron DeSantis is the latest in a long line of Republicans who made the state a plutocratic dystopia. Now he’s letting its residents die to save the plutocrats.” A year after the virus hit the U.S., Mr. Cuomo’s luster has faded, and Mr. DeSantis can claim vindication. The Sunshine State appears to have weathered the pandemic better than others like New York and California, which stayed locked down harder and longer...Mr. DeSantis also required local school districts to offer in-person instruction five days a week in the fall, though parents could choose remote learning instead. “The union sued us, but we beat them in court.” Teachers unions in large school districts in California, meanwhile, have refused to return to classrooms. They claim schools are unsafe. But per capita Covid cases among children are about the same in Florida and California.

With all of this as a backdrop, I'll leave you with these two perverse examples of misplaced priorities:

The backlash needs to grow – and may, in fact, be swelling.