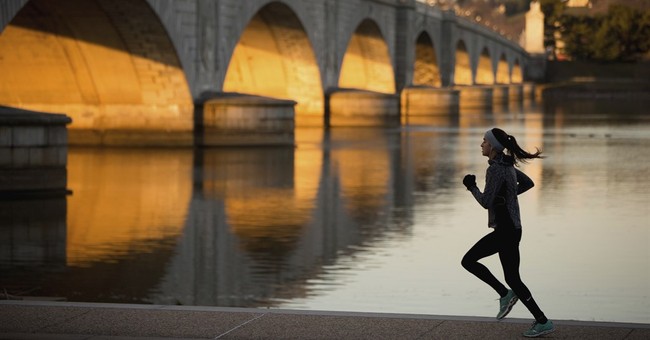 Some people are losing their minds over COVID, discarding established science and basic common sense in order to demonstrate and enforce their power over others. These sorts of things are not about promoting "public health" or following empirically-determined best practices, even though that's how they're framed and justified. They're actually about agendas, signaling, and control. One might assume that the San Francisco school board's destructive machinations are the most cartoonishly absurd acts being carried out by educational officials in the Bay Area recently, but the brain trust over at the University of California at Berkeley is giving them a run for their money. Cal students are basically inmates in a low-security jail at this point:

“Due to the 14 day incubation period of this virus, it is too early to be sure we have contained this current surge,” the email states. “We understand this extension is frustrating, but please understand this will help us mitigate further spread while protecting our community.” There may be an increase in Community Security Officers and security staff in residence halls, according to the email. Staff may be checking students’ testing badges and Cal 1 Cards more frequently. The email added that noncompliance with campus directives will result in serious residential conduct sanctions. These may include being disqualified from housing or suspension from UC Berkeley. Students are encouraged to report self-sequester protocol violations to their resident assistants. “We don’t wish for residents to be alarmed by this increased UCPD presence, but we must ensure the health of our community,” the email reads.

Berkeley's administration has struggled to stand up for basic constitutional freedoms, and have allowed leftist agitators to bully them on who can speak on campus. But they will most certainly exert their authority when it comes to ensuring that young, healthy students never leave their rooms for non-approved activities during COVID. Sorry if you're triggered by police officers marching through dorms, kids, but your compliance on this is mandatory. And the rules are just wild:

The email reminded students that they must stay in their room except in case of emergency or to obtain medical care, comply with testing requirements or receive food from the Cal Dining kiosks. Lunch is available from 11 a.m. to 2 p.m., and students can pick up dinner and breakfast between 4 p.m. and 8 p.m. Unlike the previous self-sequester, students are now unable to leave their room for solo outdoor exercise, according to the email. Campus is working with the city of Berkeley to determine whether outdoor exercise is permitted. “Right now it is critical that you avoid gatherings — large or small — even with your residential household grouping, whether indoors or outdoors, and even if your most recent COVID test is negative,” the email states.

Students may not emerge from their rooms except to pick up food from distribution kiosks, twice a day. Other exceptions are to seek emergency medical care or to comply with compulsory COVID testing. Solo outdoor exercise is barred. Solo. Outdoor. Exercise. This outrageous diktat flies in the face of literally everything we know about the virus. College students are overwhelmingly unlikely to get severely ill, and almost completely unlikely to die, even if they contract COVID. Yet these students' university is imprisoning them in the rooms, under threat of harsh penalty – and not even allowing them to blow off steam and maintain physical and mental health through an activity that has been known to be completely safe for months. Students are also informed that they may not gather in small numbers, even among their "residential household groupings," even if they're outdoors, and even if they've just tested negative for the virus. What?

But don't worry, Cal adds, "Counseling and Psychological Services is available for virtual counseling appointments and help finding resources." If isolated students become depressed or emotionally unwell – how couldn't they? – they are welcome to sign up for a Zoom session with a counselor. They are not welcome to walk outdoors to see a counselor in a socially-distanced setting, of course. That would be dangerous. And again, don't fret because campus leaders are "working with the city of Berkeley to determined whether outdoor exercise is permitted." I don't know what to call this other than abusive, anti-science, and totally insane. Meanwhile, this story made me want to unleash a primal scream:

This is the most enraging story by @DanBarryNYT

Dr. Hasan Gokal did the right thing by vaccinating people before the vaccine expired and now he's had his life ruined for no reason. @kimoggforda you are an absolute disgrace. https://t.co/dUiEmasPdN

The Texas doctor had six hours. Now that a vial of Covid-19 vaccine had been opened on this late December night, he had to find 10 eligible people for its remaining doses before the precious medicine expired. In six hours. Scrambling, the doctor made house calls and directed people to his home outside Houston. Some were acquaintances; others, strangers. A bed-bound nonagenarian. A woman in her 80s with dementia. A mother with a child who uses a ventilator. After midnight, and with just minutes before the vaccine became unusable, the doctor, Hasan Gokal, gave the last dose to his wife, who has a pulmonary disease that leaves her short of breath. For his actions, Dr. Gokal was fired from his government job and then charged with stealing 10 vaccine doses worth a total of $135 — a shun-worthy misdemeanor that sent his name and mug shot rocketing around the globe.

The full infuriating piece is worth a read, as it includes all the context and the relevant play-by-play of how and why those ten doses needed to be used. He's faced public shaming and abuse from people who have no idea what really happened. This short paragraph is especially enraging:

The officials maintained that he had violated protocol and should have returned the remaining doses to the office or thrown them away, the doctor recalled. He also said that one of the officials startled him by questioning the lack of “equity” among those he had vaccinated. “Are you suggesting that there were too many Indian names in that group?” Dr. Gokal said he asked. Exactly, he said he was told.

The people in charge told him that he should have thrown expiring doses into the garbage, rather than injecting them into human beings – especially human beings who were not sufficiently diverse (there's that backward, woke "equity" obsession we wrote about earlier in the week). And even after a judge threw out the case, zealous prosecutors are reportedly hellbent on getting this guy indicted by a grand jury anyway. People are losing their minds, and too many of them are in positions of power.