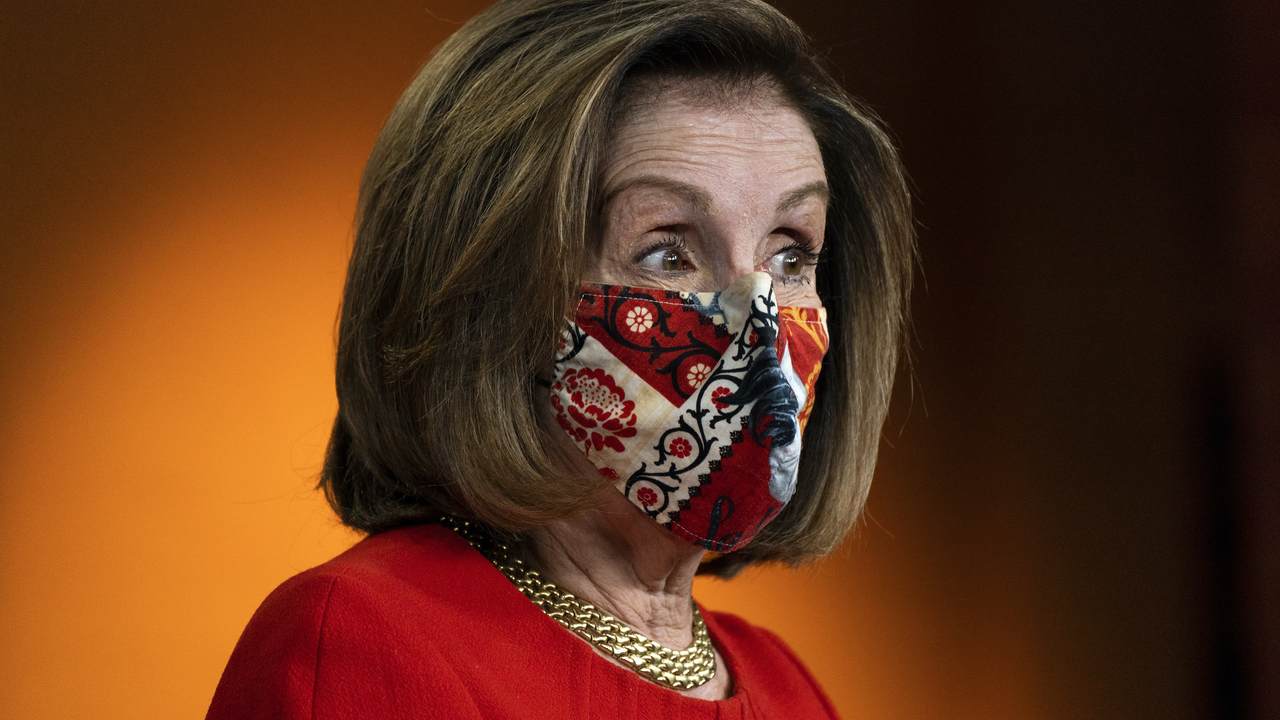 Over the weekend, as expected, Nancy Pelosi was re-elected as Speaker of the House – prevailing in a squeaker of an election, 216-208.

The narrow margin underscores significant and unexpected, double-digit GOP gains in the 2020 elections. Experts anticipated Republicans would lose seats overall, but voters had other ideas. Pelosi will now preside over the smallest Democratic House majority since the 1940s. Given her tiny margin for error, Democrats could only afford a handful of strategic gambits such as "present" votes, even with a number of absences that aided Pelosi's math. Things were so tight, in fact, that decisions like this were made by some lawmakers:

"The margins were so tight that some Democrats who had recently tested positive for COVID-19 traveled to Washington anyway to cast their vote for Pelosi."https://t.co/e5VqAidkKj

/2 I’m hearing Dems still iare NOT Gwen Moore or Rick Larsen, who tested positive but out of quarantine now

Some of the day’s drama focused on Rep. Gwen Moore (D-Wis.), who on Dec. 28 announced that she had received a positive test. Despite that diagnosis, Moore flew to Washington and cast her vote for Pelosi on the House floor, prompting howls from Republicans who claimed that Democrats were more concerned about securing the Speaker’s gavel for Pelosi than the health and safety of lawmakers and staff. House Minority Leader Kevin McCarthy (R-Calif.) called that decision flat-out “wrong.” ... “I couldn't imagine that [Pelosi] would bring somebody in here that could cause people problems,” McCarthy told The Hill...On Sunday, [Moore] also told reporters she had not had a negative COVID-19 test before coming to the Capitol, where there have been waves of outbreaks among lawmakers, police officers and reporters in recent months.

And they continue to wonder why so many Americans have chosen not to take COVID restrictions seriously. Everyone has their priorities, you see, and if Nancy Pelosi needed two Democrats who tested positive for the virus (and two more to break active quarantines) show up to cast their ballots for her to maintain power, so be it. The math was so tricky for Democrats that leadership convinced a number of rank-and-file members who'd previously voted against Pelosi's speakership to change their positions and back her this time:

...Detractors fell short of blocking Pelosi, who ran unopposed, and there was a clear sense that the process was orchestrated in such a way to allow a certain number of moderate Democrats in tough districts to register their opposition to the liberal leader for messaging purposes back home while keeping their ranks small enough to ensure she kept the gavel. Paving her path, several Democrats who had opposed Pelosi in 2019 had a change of heart this year and backed her, including Reps. Jim Cooper (Tenn.), Kurt Schrader (Ore.), Ron Kind (Wis.), Jason Crow (Colo.) and Kathleen Rice (N.Y.).

Conservative groups, recognizing that winning back the House is an eminently attainable – if not likely – goal in 2022 are already turning up the heat with tough ads like these:

A House majority requires 218 seats. The GOP won 212 seats in 2020 – with one race (in which the Republican leads by the tiniest of margins) still undecided. Their enlarged minority could swell as large as 213 once a tragically-deceased congressman-elect is replaced in an extremely red district, and if they win in NY-22. In an average midterm election of a new presidency, the opposite party gains roughly two dozen seats, meaning that the gavel should be ripe for the picking in 2022. Then again, if Republicans continue to find themselves in a state of open internecine warfare, they could certainly blow it. The last time a party started counting its chickens (Democrats, last year), things didn't end the way they expected. On that score, I'll leave you with this:

And this, via GOP Leader Kevin McCarthy:

Our freshman class is bigger than yours. pic.twitter.com/YKVGXK2yit