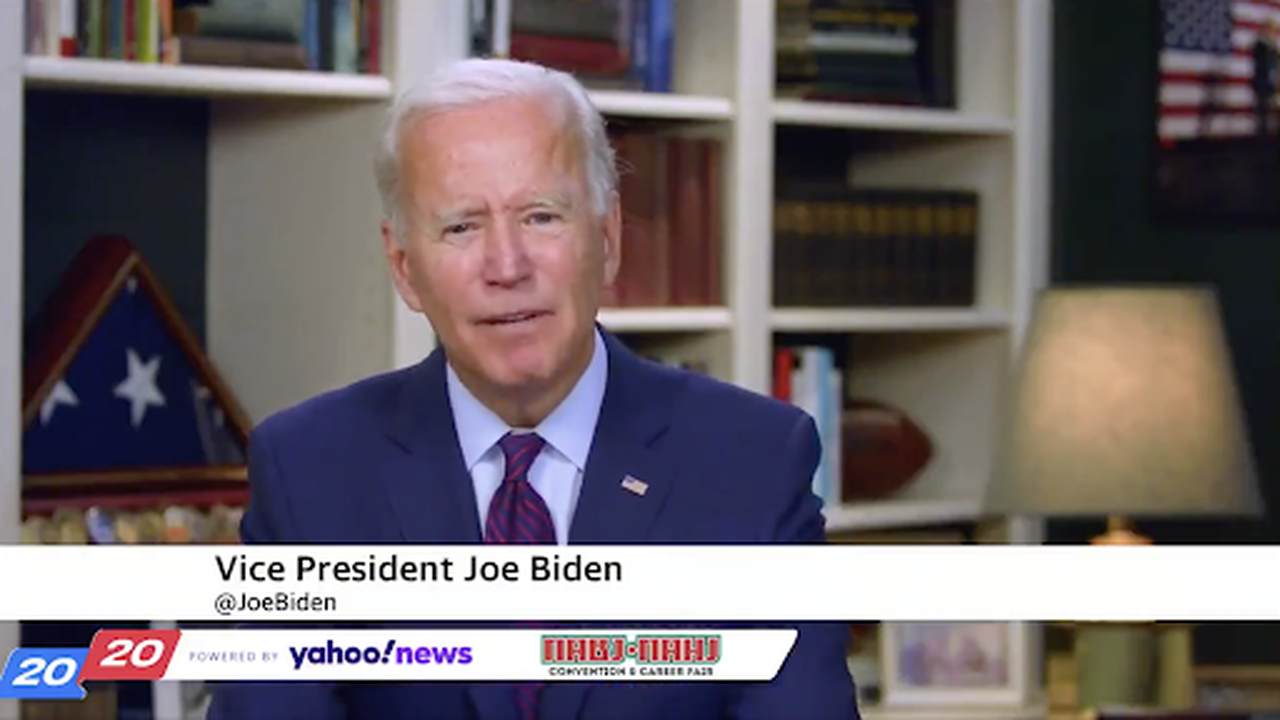 The Trump campaign has been ragging on Team Biden for weeks now, calling attention to the not-infrequent occurrence of declaring a morning "lid" on the day for the press, meaning no scheduled public events or coverage-worthy activity remained. In a normal presidential campaign, "lids" are issued at night, or not at all. With Biden, it's a semi-regular occurrence for the "official" day to conclude well before noon. Earlier this week, the lid was called prior to 9:30 am Eastern, which again raised eyebrows:

He did it again today:

Biden has called a lid for the day.

I've said it before, and I'll say it again: If Biden wins, none of this will matter. He will have played the "front porch" (i.e. basement) strategy to perfection, forcing the electorate to render a referendum judgment on an unpopular incumbent. But if Trump pulls off another upset, hoo boy. The anger and finger-pointing on the Left will be epic and will make the second-guessing of Hillary's campaign look like a pleasant springtime picnic. It's obvious that the Biden camp is doing everything it can to prevent their guy from saying anything controversial that could become a hot campaign issue. This is also why he's hiding the ball and downplaying the SCOTUS vacancy. He doesn't want to release a list of potential nominees because that would be a goldmine of potential oppo research with which Republicans could gather material to warn voters about the sorts of activists or radicals Biden might elevate to the high court.

He's now grown mum on court-packing for a similar reason: He doesn't want to anger and demoralize his hardcore base by again rejecting the idea, but he doesn't really want to hint at supporting it, for fear of scaring off moderates who wouldn't be excited about such an anti-norms scheme. So he's straight-up not answering questions about it, saying explicitly that he doesn't want to distract from the important issues -- by which he means "the reasons people don't like Trump." But as I mentioned yesterday, the longer he evades and deflects on court-packing and other wild-eyed power grabs, the more Republicans' "trojan horse for the Left" argument could put the fear of God into wavering right-leaners and independents. Biden was nominated because he wasn't hard left. But if he'd accede to hard left, institution-altering machinations, there's nothing remaining of his ostensible moderation. In addition to playing extreme "prevent defense," there's another reason why Biden may appear to be hidin' more than usual these days:

Y'all, Biden is not hiding this week. He is prepping for the debates. No need to spread conspiracy theories. He knows he's got to show he can go for hours against Trump.

Come to think of it, it would be nice if Republicans could rest assured that their nominee was also studying tape, scenario planning, and workshopping effective answers on tough questions. Some reports have suggested that such preparation from Donald Trump has been -- shall we say -- minimal. What could go wrong? On the flip side, as Allahpundit notes, many Democrats are wincing at the prospect of Biden debating poorly: "Almost every Democratic operative I’ve spoken with in the past few weeks remains petrified that Biden is going to bungle the debates in a way that costs him the election—perhaps by looking old or confused, confirming the worst paranoia and conspiracy theories about him being unfit for the job. They see the debates as Biden’s best chance to blow an election that, based on the current polls, seems like his to lose," The Atlantic relays.

But the Trump campaign already underestimated Biden on a big stage once, helping to set ridiculously low expectations in such a manner that redounded to the challenger's benefit. Will they make the same mistake again? I'll leave you with this -- in the rare circumstances under which Joe Biden has spoken at some length about the Supreme Court vacancy (mostly in a scripted speech posturing about de-escalation), he couldn't get his facts straight:

And just so we're clear, while I believe Biden has lost a step or three, Occam's Razor suggests that his virtual invisibility and silence are strategic. He wants to hide the ball on anything controversial, and keep the white hot spotlight on Donald Trump -- who reinforces this strategy by doing things like deflecting questions about the peaceful transition of power:

I don't get why this is mystifying. Trump says crazy stuff that can't be defended other than to dismiss as 'he didn't mean it the way it sounded'; media spends day talking about a coup; Biden decides to lay low, keep quiet, and reap the benefit. Moral: Don't say crazy stuff.

Seems obvious to me that his goal is to avoid tough Q’s, for a few reasons. Primarily, it’s to prevent any complication of his overall strategy — namely, gesturing in Trump’s general direction & saying ‘I’m not him.’ It appears to be working, aided by Trump. https://t.co/w2XM9RxMlC