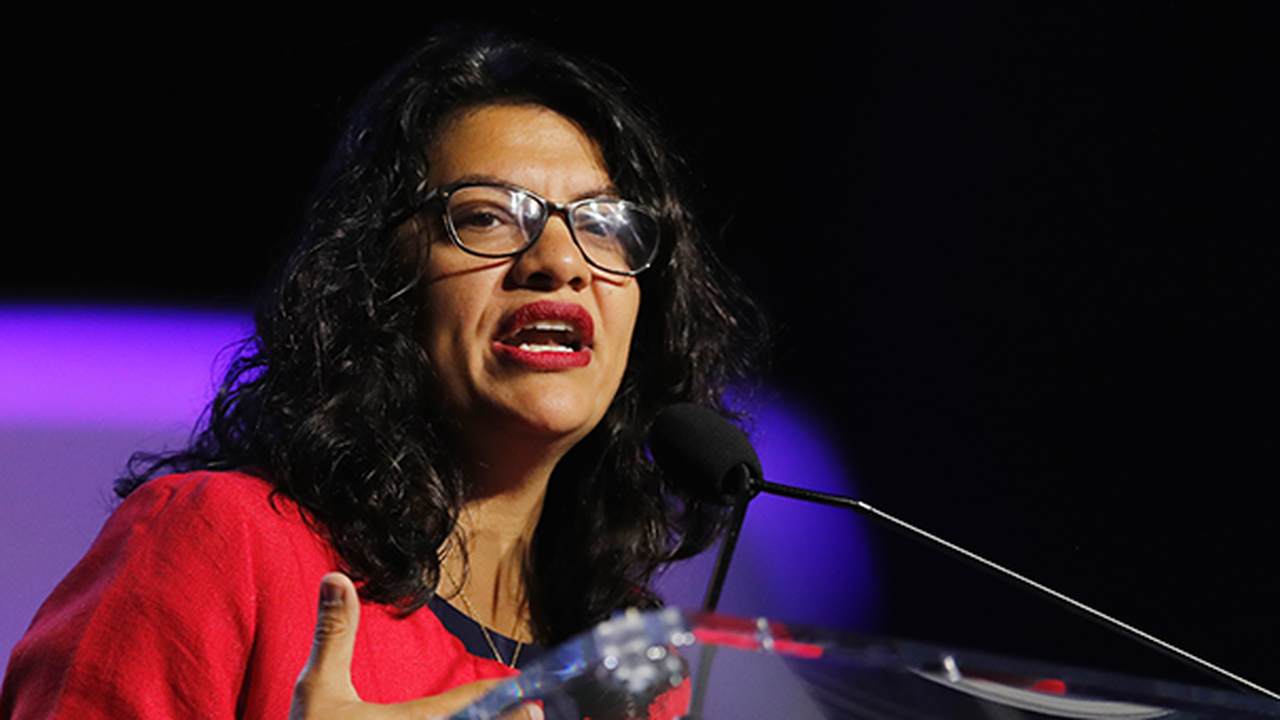 'Squad' member Rashida Tlaib, a radical with a serious bigotry problem, easily cruised to victory in her primary election earlier this month.  In response to the just-announced peace deal between Israel and the United Arab Emirates, brokered by the Trump administration, a number of anti-Israel zealots -- some with barely-disguised pro-Iran leanings -- actually criticized the development.  Imagine being so supposedly "pro-peace" that you're angry about...an actual peace accord because the wrong sort of people may benefit or get credit:

Ben Rhodes' spin on the Israel-UAE agreement is so bad not even Obama's Assistant Secretary of State for Democracy and Human Rights is buying it. pic.twitter.com/CawPWmmc97

In fairness, Rhodes is habitually wrong about basically everything, so it's on-brand.  A flashback to his prediction about the consequences of another pro-Israel move that hasn't blown up as the Rhodesian critics said it would:

Rhodes wasn't alone in his wrongness on this point, as this remarkable thread illustrates:

With today’s announcement of a historic peace agreement between Israel and the UAE, I thought it would be a good time to go to the vault for all the hot takes that Trump’s US embassy move to Jerusalem would never allow something like this.

As a pointed reminder, Kerry was a fellow top advocate of the disastrous Iran nuclear deal (opposed by a bipartisan majority of Congress).  Now here's Tlaib decrying an agreement in which two nations with a history of mutual hostility will establish full diplomatic relations, pledging to work together to help resolve long-festering problems in the region.  She's firmly against it, of course:

We won’t be fooled by another Trump/Netanyahu deal.

We won't celebrate Netanyahu for not stealing land he already controls in exchange for a sweetheart business deal.

The heart of the issue has never been planned, formal annexation, but ongoing, devastating apartheid.

The "apartheid" smear is a lie (even some Israel-critical observers realize this), which shouldn't come as a surprise from the bumblingly fanatical Tlaib.  But more revealingly, notice who isn't mentioned at all in her angry denunciation of peace: The Arabs who were party to it.  She erases the Muslims from the equation altogether, calling it a "Trump/Netanyahu deal" as if the UAE doesn't exist.  Under different dynamics, I can imagine such an omission being considered racist, with terms like "unpersoning" and "dehumanizing" getting tossed about.  Her goal is the dismantling of Israel, the world's lone Jewish state, and her actions continue to prove it.  She's a grotesque, reckless actor along the lines of Ilhan Omar and a likely incoming GOP freshman.  She should be treated as such.  Parting thought: Will Tlaib take Communist China's side on this one?  What a mystery...

Israel, US close to signing deal on leaving China out of 5G infrastructure https://t.co/nJVcxBwic9

Share this on Facebook
Tweet
Mike Pence's Inability to See Why Defunding the FBI Is Different Than Defunding the Police Is a Problem
Matt Vespa
Boston Children's Hospital Promoted Gender Transition or Minors, and Now It's Removing Evidence