O'Brien: The UN's 'Human Rights' Panel Is a 'Total Joke' and Trump Was Right to Pull America Out of It 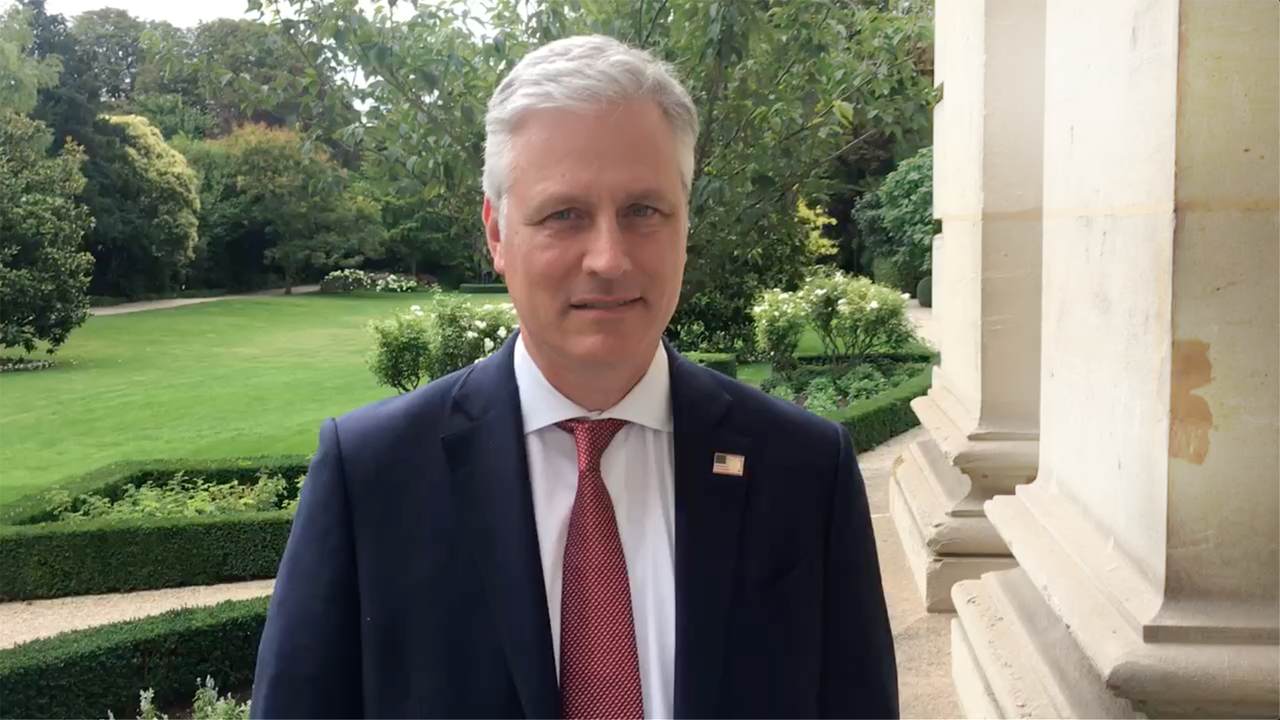 EXCLUSIVE -- Just prior to landing in the United States after a short official visit to France, the Trump administration's National Security Advisor, Robert O'Brien, reflected on the trip in another exclusive interview with Townhall. He touched on the major news surrounding Huawei, China and the UK, explained where US policy stands vis-a-vis North Korea and Venezuela, and reflected on his moving visit to an American military cemetery outside of Paris on Wednesday (see below). He also slammed the United Nations' council on so-called "human rights," which recently voted to endorse Communist China's illegal power grab in Hong Kong. Here is the full interview, with the excerpted piece starting around the (5:15) mark:

"This takes farce to a new level. And the United States -- as I wrote recently in an op/ed just recently in the New York Post -- if we can't reform some of these international organizations, if we can't end the corruption, if we can't end the bullying of democratic countries, we just can't support them with our funds or with our participation because by participating, we endorse their conduct. The Human Rights Council in Geneva has become a total joke.  It's beyond irony that the Human Rights Council would endorse the Chinese taking liberty away from almost 10 million people in Hong Kong.  That body exists now basically as a forum to condemn our ally Israel, the only democracy in the Middle East, and to condemn America and its allies.  As you mentioned, Guy, your description of it being a farce is right on point, and I think President Trump made the absolute right decision to disassociate ourselves with that sort of a body."

His point about Israel is undoubtedly true, as it has been for years:

The numbers speak for themselves.

O'Brien's final answer was about his journey to honor Americans killed in action during World War One in France. His delegation was given a tour of the serene, meticulously-manicured cemetery and memorial erected in their memory, where he laid a wreath. During the ceremony, the Star Spangled Banner played from the tower, followed by taps. I captured video of both, along with a video of just a fraction of the headstones:

Before departing France, @robertcobrien visited the American WWI cemetery at Belleau Wood for a wreath laying ceremony. Members of our country's armed services have sacrificed so much for liberty -- we should be proud, grateful, and eager to remember & honor them. pic.twitter.com/vYVP7Vfgan

Land of the free, home of the brave -- even in defense of others' land and freedoms. We have our flaws, as does every nation, but those who paint America as an irredeemably rotten place dishonor the truth and defile the memories of our heroes and their collective legacy.