No, 'Obamagate' Isn't a Hoax 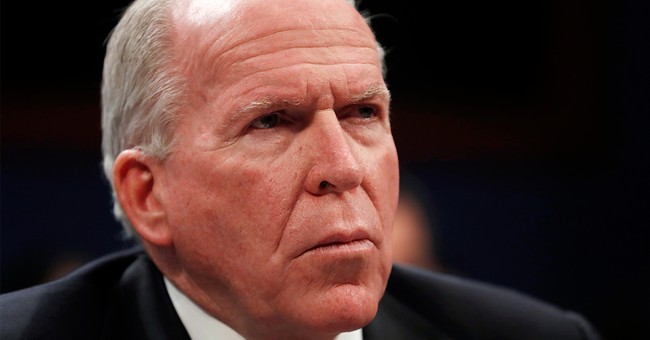 A worthwhile and important column from National Review's David Harsanyi, who avoids the hysterical and dubious "Obama committed a crime" bluster promoted by President Trump, while filleting the dismissive emerging convention wisdom that this whole issue is a hyped-up nothingburger cooked up by the Right to distract from the coronavirus, or whatever. For instance, here's one of CNN's professional Fox bashers attacking the network for prominently covering the developing story:

Fox's "straight news" division continues to push Trump's "OBAMAGATE" conspiracy as its *top story* while the death toll from the pandemic approaches 100,000 American lives. This isn't limited to their prime time opinion hosts. It's the whole network. pic.twitter.com/wnTSwOeSaw

As someone who works at Fox, the coronavirus has been by far the top news story we've been covering for months, and it's not even close. But it's quite something to see an employee of CNN griping about too much coverage of the Russia matter, given that network's editorial choices for the better part of three years. It would seem that the preferred outcome of that story hasn't materialized, so it's suddenly irresponsible to give new, inconvenient updates significant billing. It's this newfound "case closed, nothing to see here" mentality that also generated personal attacks against CBS News correspondent Catherine Herridge -- from the Biden campaign and other media outlets -- for the crime of reporting on what's happening.

She's being accused of pushing "GOP talking points" because she's reporting on actual evidence that appears to bolster or confirm many Republicans' contention that the Obama/Comey-era Justice Department and FBI engaged in investigative abuses in its pursuit of a Russian collusion caper the central and explosive charge of which turned out to be baseless. Journalism that happens to lend credence to the president or his allies is partisan hackery, whereas wild speculation cutting in the opposite direction is republic-saving fire-fighting, you see. Here's Harsanyi on what we've learned from recent revelations and updates (layered on top of a devastating Inspector General report):

It is not conspiracy-mongering to note that the investigation into Trump was predicated on an opposition-research document filled with fabulism and, most likely, Russian disinformation. We know the DOJ withheld contradictory evidence when it began spying on those in Trump’s orbit. We have proof that many of the relevant FISA-warrant applications — almost every one of them, actually — were based on “fabricated” evidence or riddled with errors. We know that members of the Obama administration, who had no genuine role in counterintelligence operations, repeatedly unmasked Trump’s allies. And we now know that, despite a dearth of evidence, the FBI railroaded Michael Flynn into a guilty plea so it could keep the investigation going...

None of this means that Obama committed some specific crime; he almost assuredly did not. In a healthy media environment, though, the mounting evidence of wrongdoing would spark an outpouring of journalistic curiosity.  “But,” you might ask, “why does it matter, anymore?” Well, for one thing, many of the same characters central to all this apparent malfeasance now want to retake power in Washington. Biden is the Democratic Party’s presumptive presidential nominee, he’s running as the heir to Obama’s legacy, and he was at that meeting with Rice. He had denied even knowing anything about the FBI investigation into Flynn before being forced to correct himself after ABC’s George Stephanopoulos pointed out that he was mentioned in Rice’s email.

What "meeting with [Susan] Rice" is he referring to?  Click through and find out.  Russian disinformation?  Yes, it looks that way. And if you think "railroaded" is too strong a term on the Flynn tactics, read this column and this thread. We also know that unauthorized leaks constitute criminal conduct (I'll add that it's also a crime to lie under oath about such leaks), and leaks from Flynn's unmasking were deployed aggressively. Altered documents, misleading and inaccurate FISA warrants, illegal leaks, and extremely dodgy prosecutorial decisions certainly seem to add up to abusive misconduct. Attorney General Bill Barr has signaled that John Durham's vital and ongoing review of the genesis and conduct of the Russia/Trump probe will bring accountability, but that Obama and Biden aren't in the investigative crosshairs.

That's understandable and likely fair. But as Harsanyi says, given Obama's personal knowledge of certain details and Biden's shifting story, it's reasonable to ask what their respective roles were, and how close they got to the misconduct. Let's hope that Mr. Durham's work brings wide-ranging and sorely-needed clarity to this matter. I'll leave you with my comments on Fox News about much of the media's 180 on the importance of covering each twist and turn of the Russia investigation:

.@GuyPBenson says Trump has "a right to be angry" about Obama adm. disclosures but press should keep its powder dry @LeslieMarshall says there's "no crime that we know of," but Griff Jenkins cites Flynn leak to WashPost #Mediabuzz https://t.co/KgsUKgWZqQ

Relatedly, this dynamic is almost comical in its cartoonish hackery -- in which a news anchor famously suspended and demoted for fabulism teams up with a former intelligence official credibly accused of lying under oath on two different subjects to assure the public that there's nothing to see here.