Did the WHO Leak Misleading Information, Undermining a Promising Anti-Coronavirus Drug Trial? 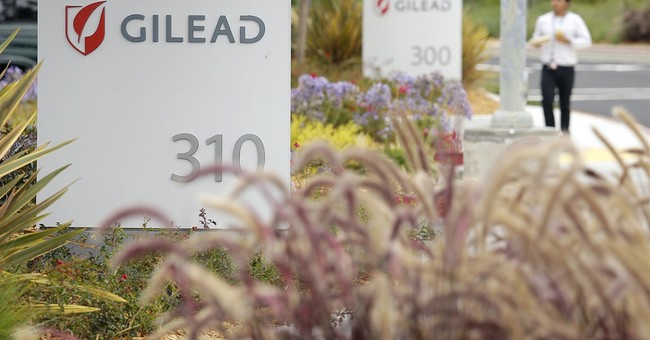 This was an emotional rollercoaster ride yesterday, ending without any clear consensus on what comes next.  The background is that anti-Coronavirus therapy watchers have been building excitement and hope over the potential efficacy of a drug called remdesivir, developed by Gilead.  Like we've seen with hydroxychloroquine, this optimism didn't arise based on nothing.  This story was published less than a week ago:

The University of Chicago Medicine recruited 125 people with Covid-19 into Gilead’s two Phase 3 clinical trials. Of those people, 113 had severe disease. All the patients have been treated with daily infusions of remdesivir. “The best news is that most of our patients have already been discharged, which is great. We’ve only had two patients perish,” said Kathleen Mullane, the University of Chicago infectious disease specialist overseeing the remdesivir studies for the hospital…"when we start [the] drug, we see fever curves falling,” she said. “Fever is now not a requirement for people to go on trial, we do see when patients do come in with high fevers, they do [reduce] quite quickly. We have seen people come off ventilators a day after starting therapy. So, in that realm, overall our patients have done very well.” She added: “Most of our patients are severe and most of them are leaving at six days, so that tells us duration of therapy doesn’t have to be 10 days.

We were on the brink of a remdesivir breakthrough, while partisans were at each other's throats over the aforementioned 'Trump-backed' therapy that has produced mixed results?  Hope.  Then came yesterday's enthusiasm plunge:

A potential antiviral drug for the coronavirus has flopped in its first randomised clinical trial, disappointing scientists and investors who had high hopes for remdesivir, according to draft documents published accidentally by the World Health Organization and seen by the Financial Times. The Chinese trial showed remdesivir — developed by California-based Gilead Sciences — did not improve patients’ condition or reduce the pathogen’s presence in the bloodstream. Researchers studied 237 patients, giving the drug to 158 and comparing their progress with the remaining 79. The drug also showed significant side effects in some, which meant 18 patients were taken off it.

Another report indicated that the leaked initial results showed no statistically significant difference in death rate among patients who took remdesivir, versus the control group, with slightly higher mortality among those who were administered the drug. Gilead's stock tumbled yesterday on this news, but the company pushed back, arguing that the Chinese study "the study was stopped early because it had too few patients" and could therefore not “enable statistically meaningful conclusions.” A company official added that "trends in the data suggest a potential benefit for remdesivir, particularly among patients treated early in disease.” Allahpundit writes:

“Trends in the data”? What does that mean? Well, there’s a clinical trial of the drug going on right now at the University of Nebraska Medical Center that’s backed by the NIH. Results are expected “any day,” according to NBC. Maybe Gilead has seen those results and is teasing some good news to come to counter today’s grim report about the Chinese trial. The company has also said that it’s still working on ways to speed up production of remdesivir, which is difficult to synthesize; if they had reason to believe the drug was a bust, one would think they wouldn’t bother devoting more resources to it. So maybe they know something encouraging that we don’t.

Click through for his more pessimistic scenarios.  What prompted the negative stories about the Chinese remdesivir trials in the first place?

Just to recap on this:
-Conducted in China
-Trial was cut short due to lack of enrollment
-“Accidently”posted to the WHO’s website and quickly taken down
-Not peer reviewed, and Gilead emphasized that data cant be analyzed due to low enrollment figures
-US trial results next week https://t.co/5p2P4Dojnb

The WHO, which is useless and incompetent, leaked a study from China, which can't be trusted, which showed Remdesivir didn't have an impact on the virus.

Turned out that study was cancelled early on due to low enrollment. https://t.co/noaEssWtbr

My opinion of the World Health Organization is in the toilet, but I can't quite bring myself to believe it is so malevolent that it would be engaging in manipulations like this on purpose.  And if they were, to what end?  My guess is that this was sheer incompetence, which had cascading short-term consequences -- which seems like another reason for the US to keep the money spigot turned off for now.  Appalling China toadery plus myriad incompetent failures equals defunding.  Meanwhile, results of US clinical trials of remdesivir should be coming in the near future.  As I argued yesterday, let's root for the best, follow the data, and be prepared to recognize that solutions that may mitigate problems for some patients are not necessarily silver bullets for all patients.  I'll leave you with hope springing eternal on other therapeutic fronts: