Better and Better: Trump's Best Week Ever Gets Another Big Boost 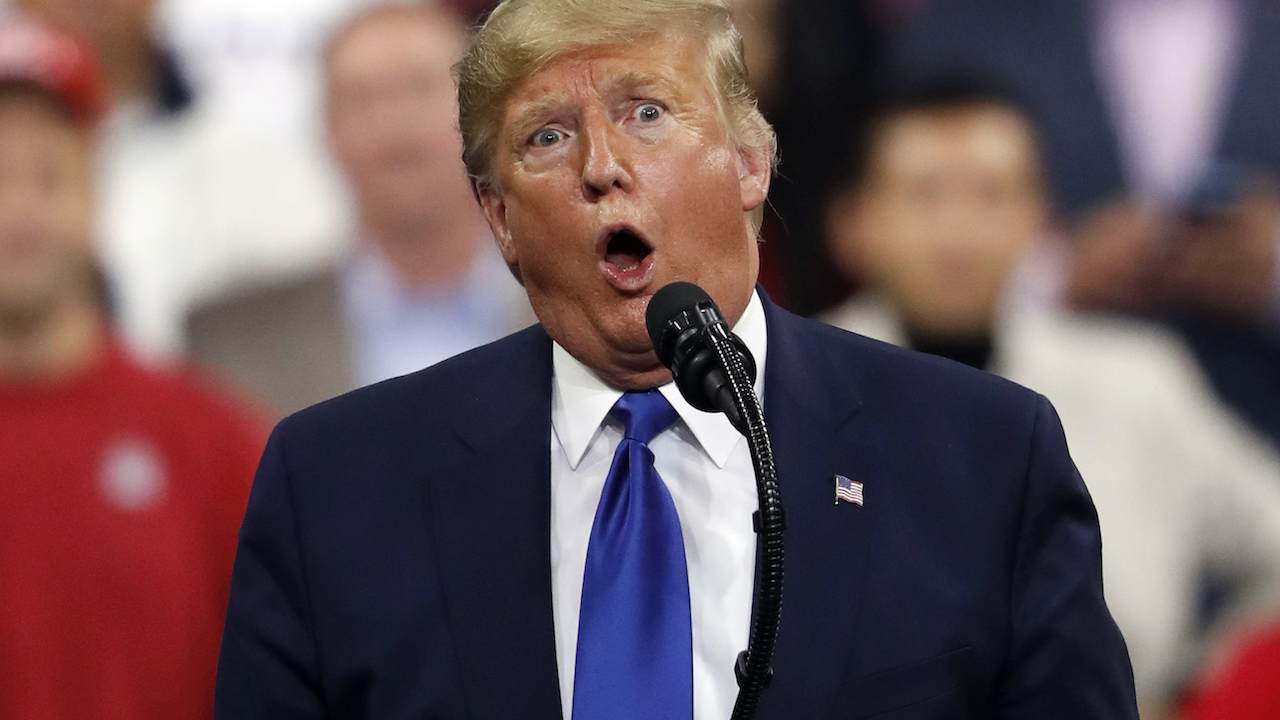 Yesterday, I wrote two analyses -- one argued that we might be witnessing the best political week of Donald Trump's presidency so far, and the other made the case that Joe Biden is in real trouble in the Democratic primary. Allow me to offer updates to each case. In case you missed it in Reagan's post, the January jobs report crushed expectations.  The US economy is cooking with gas, once again outperforming the experts' projections:

An unseasonably mild January helped power the U.S. jobs market to more gains, with nonfarm payrolls rising 225,000 for the month, well above Wall Street estimates. The unemployment rate ticked higher to 3.6%, but for the right reason as the labor force participation rate increased 0.2 percentage points to 63.4%, matching its highest level since June 2013, according to data released Friday by the Labor Department. Economists surveyed by Dow Jones were looking for payroll growth of 158,000 and the jobless rate to stay at 3.5%, its lowest in more than 50 years. …There was more good news for workers: Average hourly earnings rose 3.1% over a year ago to $28.44, ahead of estimates for 3% growth. That marked 18 consecutive months of wage gains above 3%, as the initially reported 2.9% for December was revised up to 3%.

Ed Morrissey notes that a "flood of discouraged workers coming back into the workforce pushed the participation rates to years-long highs," while pointing out that a Wall Street Journal analysis anticipates a "healthy year ahead." This all comes on the heels of a robust productivity number:

U.S. productivity rebounded in the final three months of last year, helping to boost productivity growth for the year to the best showing in nearly a decade. The Labor Department’s Bureau of Labor Statistics said Thursday that productivity grew at an annual rate of 1.4% in the October-December quarter, reversing the direction of a 0.2% drop during the third quarter. For the year, productivity increased 1.7%, up from 1.3% advances in both 2017 and 2018.

Impeachment-minded Democrats' stoic scowls during the president's rehearsal of reams of positive economic news at the State of the Union Address served up some very bizarre optics. It looks as though there's more data for voters to smile about, and for Democrats to frown at. And voters are smiling:

This is a number that hasn't been mentioned much from that @Gallup poll https://t.co/ywEpni21vt

Meanwhile, the potential 2020 Democratic rival that Team Trump appears most aggressively eager to avoid facing in the general election increasingly looks like he's on the ropes. Two new surveys of New Hampshire primary voters show Joe Biden sliding into fourth place. "Firewalls" aside, I'm not sure how back-to-back failures to even crack the top three would be anything other than devastating. People are already chirping about the demise of the Biden campaign. In my previous Biden post, I wrote that I detected a sharper message and an increased sense of urgency from the candidate following his Iowa misfire. Some of his rhetoric has been amped up, and we'll see how he responds in tonight's debate. But I'll leave you with this:

Five days before the New Hampshire primary, Joe Biden was not in New Hampshire. He gathered in his home in Delaware with aides, trying to fashion a happy ending. Via @mviser @clevewootson @michaelschererhttps://t.co/tfchnnxaWV

No wonder the sharks are circling.