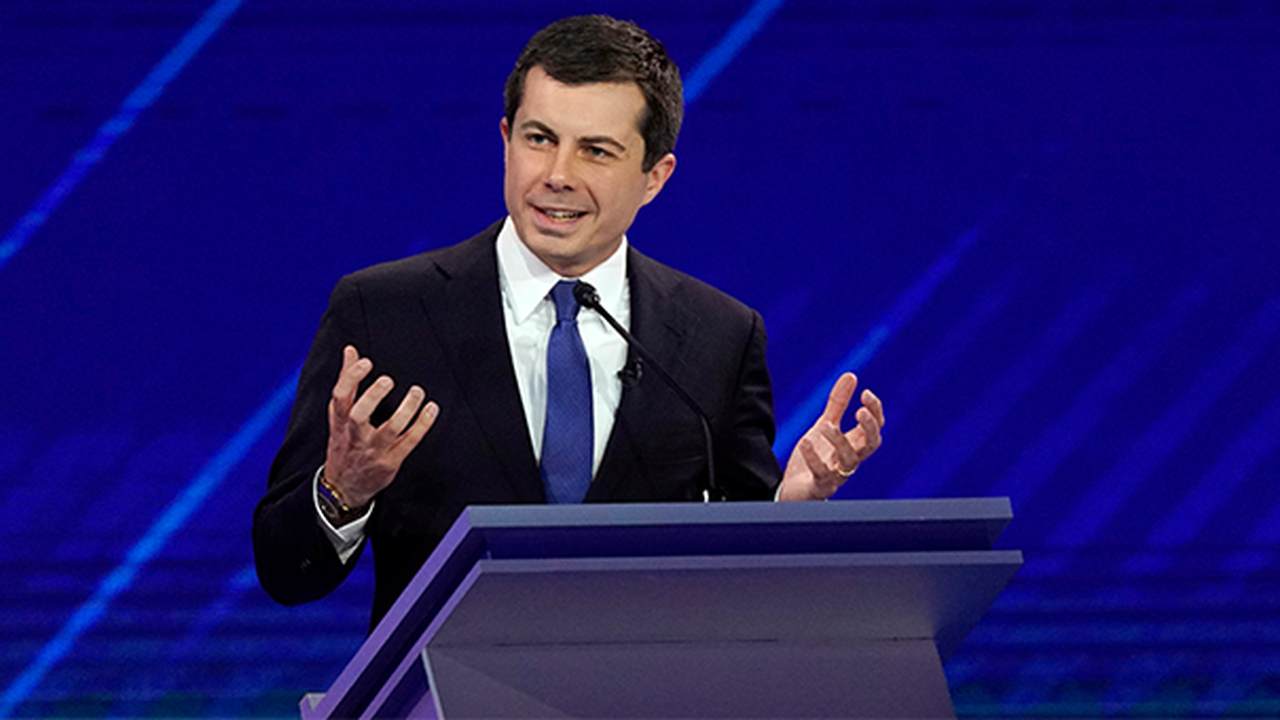 South Bend, Indiana Mayor Pete Buttigieg has surged into the lead in several Iowa polls, and is breaking into the top tier among New Hampshire Democrats.  One might have expected the rest of the field to sharpen their rhetorical knives and take a few hard stabs at his candidacy -- but aside from Tulsi Gabbard at the tail end of the evening, nobody even really tried (Amy Klobuchar made a tepid point about experience, and Kamala Harris was mildly critical on race).  Several conspicuously demurred and passed over obvious openings.  Why?  This is the only lesson that makes any sense:

We’re an hour in and it’s clear no one on this stay sees Mayor Pete as a real threat to the nomination despite poll surges in IA and NH. https://t.co/ZPElmEn38n

Perhaps it's because his support among voters of color is so negligible that the rest of the field doesn't see him as viable beyond the lily-white precincts of the first two early states, but not trying to lay a glove on someone who's lapping multiple other campaigns in polling and fundraising still strikes me as a bit of a puzzling strategy.  As the candidate with momentum (and who reminds me of a smart, bloodless McKinsey powerpoint presentation come to life), Buttigieg didn't hurt himself, so his upward trajectory will likely maintain its course for the time being.  As for the rest of the debate, I summarized my thoughts in a single tweet:

Overall: Dull, predictable, no news. Status quo. Surging Pete unscathed perhaps because no one but Tulsi tried. Klobuchar and Yang good. Harris better but too late. Nothing unexpected from the Big Three.

Will Klobuchar or Andrew Yang gain ground?  Cory Booker and Harris seemed to do better, but the former has never gained real traction, and the latter seems to have blown her early shot.  Joe Biden was sharper than usual during the meat of the debate, but his opening answer was unresponsive and bumbling, and his responses on violence against women and his black support were cringeworthy.  I mean, yikes:

Biden says only one African-American woman has been elected to the Senate.

Both Cory Booker and Kamala Harris fact check him immediately and humiliate him on live TV. pic.twitter.com/koTL47gazl

Elizabeth Warren got lots of play early (speaking half a dozen times before half of the other candidates said a single word, and finishing the night with the most talk time), and a string of softball questions, then faded.  Bernie Sanders was Bernie Sanders, sounding his usual themes, very loudly, with an occasionally amusing quip thrown in.  The best thing going for him is that it was easy to forget that he'd recently suffered a heart attack; he looked and sounded like his same old self.  I'll leave you with some news the DNC tried to slip out mid-debate, hoping as few people would notice as possible:

DNC drops its October FEC report in middle of the debate: $8.7m on hand, $7m in debt. https://t.co/VUUBeNl9cP

Oh, and Tom Steyer, the only candidate onstage I've failed to mention so far, was almost a total non-factor.  Also, bless your heart, Kamala:

Kamala: I can go toe to toe with Trump — I’ve taken on Sessions, Barr and Kavanaugh!

All three of them were confirmed.