There Were Virtually No Similarities Between the Parkland and YouTube Shooters. Except For This Big One. 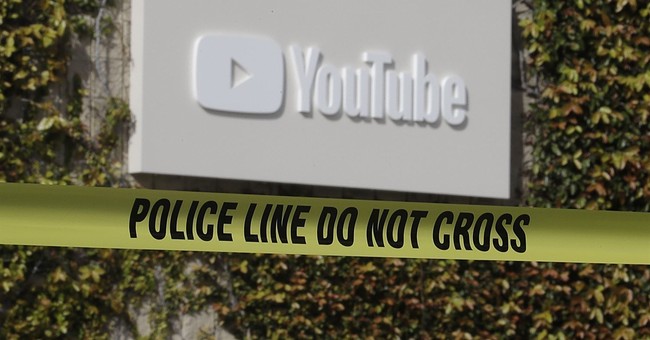 "Yeah, they both had guns," many liberals would undoubtedly snark, before immediately swearing up and down that they aren't actually interested in banning guns -- or at least not "just yet."  But as we've seen, effectively outlawing or very heavily restricting firearms is hardly an airtight "solution" to preventing high murder or suicide rates, even if we completely ignore the question of constitutionality.  As details emerge, it's striking how different these two shooters were, in many respects: He was barely out of high school; she was nearly 40.  He was a native-born male, she was an Iranian immigrant and woman of color.  His political views, such as they existed, veered to the right; hers appear to have slanted the other direction, at least in some respects (though neither incident was politically-motivated).  He used an "assault rifle;" she used a handgun, by far the type of weapon used in most violent crimes.  As The DC's Benny Johnson points out, virtually nothing about their stories or profiles overlaps, except for explicit warning signs:

We've learned a lot about the numerous reg flags flapping all around the Parkland killer, about which school and law enforcement authorities were aware.  And now we're discovering that the YouTube attacker's family warned the police that she could be a danger to herself or others:

The brother of Nasim Najafi Aghdam worried she might do something dangerous. The concerns started over the weekend when Aghdam stopped answering her phone, her brother told CNN affiliate KGTV. Then the San Diego resident's car was found more than 700 miles northwest, in Mountain View, California...He called the police to say "she went all the way from San Diego, so she might do something." That fear turned into reality Tuesday afternoon when Aghdam shot three people at the YouTube campus in San Bruno before killing herself with a handgun. But it's unclear whether the brother's concerns were relayed to authorities in the Bay Area, San Bruno police Chief Ed Barberini told ABC's "Good Morning America" on Wednesday. "We know that she was reported missing by her family in San Diego on the 31st of March, and that she was located in a community about 30 miles south of us early Tuesday morning," Barberini said. "I don't know what concerns were conveyed to that police department, or how or where those concerns were relayed to. So that is something we're looking into."

The deceased suspect's father reportedly also expressed concerns to police that his disgruntled and troubled daughter might have been headed to the tech company with whom she was furious and obsessed. Local authorities have their own side of the story, of course, but the fact remains that very specific warnings about possible threats were missed, mishandled or ignored in each of these cases.  Rather than scapegoating America's tens of millions of law-abiding gun owners for collective punishment after these things happen, perhaps we should focus on proactive solutions (with due process safeguards) that could help empower the family members and friends of unstable people to prevent their loved ones from gaining access to weapons.  We would also insist that existing laws are properly enforced, and existing tools are used, before contemplating new restrictions or laters of bureaucracy.  That's why Fix NICS and the STOP Act were appropriate measures to adopt.  Meanwhile, Matt touched on the 'good guy with a gun' angle to stories like this in his piece yesterday -- which reminded me of this story out of England, where worship of the state sometimes results in the punishment of citizens for protecting themselves even without using (banned) guns:

Two men break into a 78-year-old's home in crime-ridden London.

One, armed with a screwdriver, herds the pensioner into his kitchen. A struggle breaks out; the burglar is stabbed and later dies.

Naturally the cops arrest the old man for murder. ???????https://t.co/LXXRia0JwX

That summary, um, doesn't seem like an exaggeration, based on this news report:

A 78-year-old homeowner has been arrested on suspicion of murder after a suspected burglar 'armed with a screwdriver was stabbed to death during a break-in'...When officers arrived they said they found that the homeowner had got into a struggle with one of two suspected burglars after he'd been forced into the kitchen...The homeowner was initially arrested on suspicion of GBH while murder cops investigate the fatal incident. He was later further arrested on suspicion of murder...A police spokesman said: "The 78-year-old resident had found two males inside his address. "One suspect went upstairs while the homeowner was forced into the kitchen by the second suspect, armed with a screwdriver. "A struggle had ensued in the kitchen during which one of the males found inside the property sustained a stab wound to the upper body."

In this case, a "good guy with a screwdriver" -- an elderly would-be victim whose home was invaded by criminals -- fended off his attackers...and has been slapped with a murder charge for his trouble.  Incredible.  I'll leave you with this related exchange:

Thank you!
Where would Britain be without you & your massive GUNS?! https://t.co/yYsn5BpJqz