WaPo: A Teen Warned That MS-13 Was 'Taking Over' Her New York High School. Then She was Murdered. 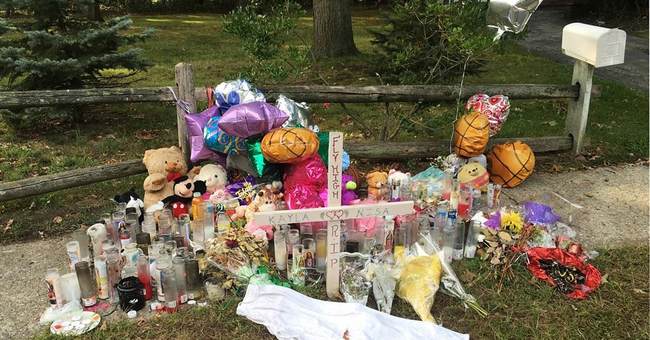 Over the course of our national immigration debate -- speaking of which, has anyone noticed that the DACA deadline expired without Congressional action? -- border hawks are sometimes scolded for highlighting examples of violent crimes committed by illegal immigrants.  I tend to agree that judging groups of people by their worst elements is an unfair practice that can cross into toxic demagoguery and scapegoating.  It's true, for example, that immigrants commit fewer crimes on a percentage basis than natural-born Americans, though the same truth doesn't apply to illegal immigrants.  But we shouldn't airbrush tough truths, either.  Part of the conversation must entail the brutal crimes committed by some people who've entered the US illegally.  Simply declaring such topics off-limits or unseemly amounts to a refusal to confront reality.

Whenever President Trump showcases family members of American citizens murdered by illegal immigrants, he's accused of dog-whistling and racism.  And when he raises the specter of vicious violence perpetrated by the MS-13 gang, many on the Left claim that he's exaggerating a threat in order to spread fear-based stereotypes about Latinos.  For instance, after the president shared a story of two high school girls murdered by MS-13 at the State of the Union Address, MSNBC host Joy Reid made this assertion:

Last year, GOP gubernatorial candidate Ed Gillespie was assailed by Democrats, including former president Barack Obama, for "cynically" raising the MS-13 menace as a campaign issue.  The Left is also "furious" whenever Trump mentions MS-13 in the context of immigration policy.  But these issues are linked; one can support (as I do) a fair resolution to the DACA situation while also refusing to turn a blind eye to the glaring risks and downsides of illegal border crossings.  On that note, this Washington Post story published over the weekend caught my attention:

WaPo: MS-13 is ‘taking over the school,’ one teen warned before she was killed https://t.co/Ayh6X9Wn7E

That anecdote from the piece referenced by Tapper involves the horrific killings of the young women Trump invoked in his national speech:

The murders took place after an MS-13 member threatened Kayla with a knife -- an incident reported to school officials, who promised to expel the guilty party.  Then they failed to do so, according to a lawsuit.  The entire article is alarming and shocking. I'll get to a few key details it relays shortly, but first, here are more specifics about MS-13's reign of terror in a Long Island, New York community:

The old minivan appeared near the school on a Tuesday morning, its Illinois plates the only thing out of place in the blue-collar suburbs of central Long Island. But as backpack-toting teenagers passed by on their way to Brentwood High, the van’s doors suddenly swung open. Out sprang members of the violent street gang MS-13, armed with baseball bats. They attacked three 16-year-old students they suspected of being rivals before driving off. When police spotted the van in the same neighborhood the following afternoon and surrounded it at gunpoint, the MS-13 members were in the midst of trying to abduct a fourth. “We were going to take him somewhere private and beat him to death,” said Miguel Rivera, 20, according to a Suffolk County indictment. The Dec. 6 arrests of Rivera and four others thwarted what police say would have been the sixth murder of a Brentwood High School student by MS-13 in less than two years.

Five murder victims from one high school in less than two years. In suburban New York. The Post story reports that 27 people have been murdered by MS-13 in Suffolk County alone since 2013 -- and that officials "from New York to Virginia to Texas, schools in areas racked by MS-13 violence are now struggling" with how to handle the gang's infiltration of public schools.  This isn't some tiny, limited, or phony problem dreamed up by Trump to appeal to a certain political base.  The White House has pledged a crackdown on the gang, but is facing "a backlash from activists and immigration attorneys in Brentwood and beyond," according to the Post.  Meanwhile, here's an important point: The 2013 date wasn't selected randomly or arbitrarily as a point of reference.  Something happened around that time:

Starting in 2013, thousands of unaccompanied minors — most from Central America — began entering the United States illegally from Mexico each month, many turning themselves in to authorities. More than 200,000 have been detained, screened and then placed with relatives by the Office of Refugee Resettlement. Nearly 5,000 have been sent to Suffolk County.  Schools are required by law to enroll and educate these students. At Brentwood High, the student population soared to 4,500, making it one of the largest high schools in the state...[resulting challenges] went beyond language. Many of the new students were years behind in their education. Some had never gone to school and couldn’t read or write in any language. Brentwood had long been overwhelmingly Hispanic, but the sudden surge in enrollment led to new tensions.

Federal authorities have directly tied that unaccompanied minors crisis the Obama administration's unilateral amnesty policies, and rumors related to it. And the federal response to said crisis is directly tied to the rise of MS-13 violence in some American schools. None of this is an argument against immigration or immigrants broadly. It is an argument that amnesties attract more unlawful immigration, meaning that potential mass legalizations must be coupled with meaningful enforcement measures to protect a manifestly unsecure border.  How can anyone seriously argue that the existing system isn't profoundly broken?  Yes, some illegal immigrants who come to America as minors go on to become high school valedictorians. Others become MS-13 members who beat fellow students to death. We shouldn't let shining examples from the former group exclusively drive our policymaking, as we disdain the mere mention of the latter pool as bigotry.

Solving complex problems requires a clear-eyed view of the facts as they exist, not as any ideological group may wish them to be.  Immigration restrictionists sometimes go too far in exploiting fear and shining a spotlight on extreme cases in order to make their points. But "pro-immigration" advocates -- now a crucial interest group yanking Democratic politics to the far Left -- sometimes allow their stance to evolve into de facto support for illegal immigration, under which inconvenient or uncomfortable information is indignantly denounced as the paranoia of xenophobes.  Neither approach will make our laws better or smarter. Both have made our debate less productive, more polarized, and considerably dumber.