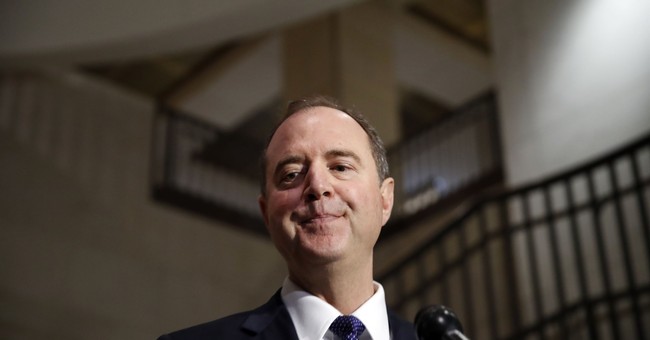 Let's take a moment to once again step back and re-set where things stand in DC's dizzying memo wars. Earlier this month, House Intelligence Committee Republicans released a memo that raised questions about the methods through which the Obama-era Justice Department conducted a wiretap investigation on former Trump campaign aide Carter Page during the 2016 election season.  In my analysis of that document, I concluded that it was neither the outrageous bombshell being hyped by some Republicans, nor the irrelevant flop claimed by Democrats.  The truth, I wrote, fell somewhere in between -- cautioning that more information would be needed to reach an accurate assessment.  The most concerning allegations put forward by Devin Nunes and committee Republicans were: (1) That the FISA warrant application to monitor Page relied on the unverified contents of an anti-Trump dossier compiled by ex-British spy Christopher Steele (which included hearsay from top Russian sources), and (2) that the FISA court was not made aware that the Steele dossier was funded by Hillary Clinton's campaign and the Democratic National Committee.  Were those claims true?

The apparent answer to that question arrived in the form of a more specific (and, frankly, more damning) memo written by Republican Senators Chuck Grassley and Lindsey Graham, which we dissected here.  Grassley and Graham cited intelligence and evidence demonstrating that the DOJ leaned heavily on the Steele dossier to obtain the FISA warrant, without independently corroborating its content.  The Senators also revealed that in seeking the warrant, federal investigators did not even remotely adequately notify the judges that the central basis for the warrant (Steele's dossier) was opposition research funded by the Democratic Party.  These are alarming facts, even if one isn't inclined to believe this was all part of a witch hunt -- after all, Carter Page had been the target of federal surveillance vis-a-vis Russian connections years earlier, and the feds' counter-intelligence investigation into Russian election meddling predated the Page warrant, and was triggered by the actions of a separate Trumpworld figure.

In any case, for weeks, Adam Schiff and his fellow partisans loudly insisted that the Nunes memo misleadingly cherry-picked information in order to distort the wider picture.  Their counter-memo would expose the GOP's chicanery, they said, while blasting Republicans for supposedly compromising intelligence 'sources and methods' through the publication of their initial memo.  On that last point, the Nunes file did nothing of the sort, as became clear to anyone who bothered to read it.  It was the Democrats' version that actually risked national security information, according to the FBI, which requested redactions to protect...sources and methods. That's why the release of Schiff's memo was delayed as long as it was.  This episode represented a one-two punch of dishonesty and hypocrisy on the part of Schiff.  As for its substance, calling it a dud may be generous.  After cutting through the haze of attacks and accusations, Schiff's memo does not rebut -- and therefore effectively affirms -- the two primary points raised by Nunes and seemingly confirmed by Grassley/Graham.  Former federal prosecutor Andrew McCarthy reviews the facts and determines that Schiff has inadvertently vindicated the core of Nunes' case:

The FBI and the Justice Department heavily relied on the Steele dossier’s uncorroborated allegations. You know this is true because, notwithstanding the claim that “only narrow use” was made “of information from Steele’s sources,” the Democrats end up acknowledging that “only narrow use” actually means significant use — as in, the dossier was the sine qua non of the warrant application. The memo concedes that the FISA-warrant application relied on allegations by Steele’s anonymous Russian hearsay sources...Another major takeaway from the Schiff memo is that the FBI and the DOJ withheld from the FISA court the fact that Steele’s work was a project of the Clinton campaign. Naturally, the reader must ferret this admission out of a couple of dense paragraphs, in which Democrats risibly claim that the “DOJ was transparent with the Court about Steele’s sourcing.”

...A prosecutor does not get to tell a judge reasons that a source’s reports should be thought free of bias while leaving out why they should not be thought free of bias. If you know it’s necessary to disclose that “identified U.S. person” [Fusion GPS founder] Simpson was being paid by “a U.S.-based law firm” (Perkins-Coie), then it is at least equally necessary to disclose that, in turn, the law firm was being paid by its clients: the Clinton campaign and the DNC. To tell half the story is patently misleading...In sum, the Schiff memo does more to harm than to advance the Democrats’ defense of the Obama administration and the use of the FISA process by the FBI and the DOJ.

His full breakdown is quite lengthy and significantly more detailed than the excerpt I've relayed.  I'd encourage you to give it a careful read, but I'll highlight a few more points that jumped out at me: First, in applying to renew the FISA warrant against Page, the DOJ was apparently not forthcoming about why the FBI decided to cut ties with Steele: "The Schiff memo is disingenuous in claiming that the warrant applications were forthright with the FISA court about the reasons for Steele’s termination as an FBI source. The Grassley-Graham memo explains that the court was apparently told that Steele was dismissed over contacts with the press. The FISA judges were not told that Steele had lied to the FBI about contacts with the press."  That's an important distinction. Steele's credibility was of enormous relevance to the legitimacy of the warrant, due to his work's outsized influence in securing the warrant in the first place (especially because his findings were seemingly presented without independent verification). The FBI decided to cut him loose because he was lying to them, a fact that does obvious and serious damage to Steele's reputation as a reliable source.  It should have been transparently disclosed to FISA judges, not withheld and obfuscated.

One last point, via McCarthy, that I feel obliged to flag: In my original post about the Nunes memo, I partially downplayed the seriousness of the Obama Justice Department targeting Carter Page because the warrant application was filed after Page had left the Trump campaign.  That struck me as a salient strike against the notion that a Democratic administration may have been spying on a Republican campaign operative for sketchy reasons.  But it's not quite that simple, McCarthy writes (emphasis his): "The Schiff memo repeats the canard that the Obama administration was not really spying on the Trump campaign because the DOJ waited until the Trump campaign cut ties with Page before seeking a surveillance warrant. What Democrats fail to mention is that the surveillance enabled the FBI to intercept not only his forward-going communications but also any stored emails and texts he might have had. Clearly, they were hoping to find a motherlode of campaign communications. Remember, Page was merely the vehicle for surveillance; the objective was to probe Trump ties to Russia."

I'm still not convinced that we're looking at some malicious conspiracy to prevent Trump from getting elected (if that's what it was, it manifestly failed), but the warrant's capacity to ensnare retroactive communications is a relevant piece of information that cuts against an argument I'd previously advanced.  All in all, it seems to me that the Nunes memo was over-hyped in advance by some of its supporters, then the Democrats similarly oversold the impact of their response.  The good news is that when taken together, the Nunes, Schiff and Grassley/Graham documents paint a clearer picture of what happened here.  Namely, it appears as though the DOJ may have cut ethical corners (I don't know if any of this amounts to misconduct or illegality) in the process of tracking a Trump-tied figure (of whom they'd been wary long before Trump sought the presidency) and his connections with the Kremlin.

I'm hopeful that Robert Mueller's eventual conclusions will address not only any crimes that may have been committed by Russians -- or by members of the Trump administration and campaign -- but any overreach or abuses undertaken by the Justice Department in the early stages of the probe he inherited.  Separately but relatedly, a nonpartisan Inspector General will soon render a verdict about the Justice Department's bizarre and controversial handling of the Clinton email scandal, which I hope will also be clear-eyed and definitive.