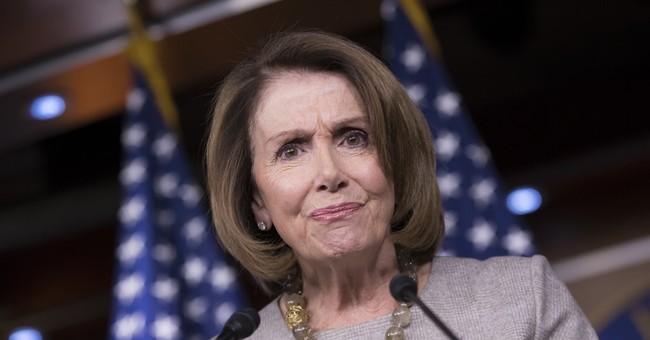 And there it is -- independent confirmation of what Republicans have been saying for months, backed up by nonpartisan analyses: American workers are getting effective pay increases thanks to the tax reform law against which every Democrat voted last December.  Opponents called the bill "armageddon," the "end of the world," and a "massive attack" on the middle class.  It's none of those things.  It's a pro-growth tax cut for 80 percent of Americans, including 91 percent of the middle class.  The Associated Press reports:

The contentious tax overhaul is beginning to deliver a change that many will welcome — bigger paychecks. Workers are starting to see more take-home pay as employers implement the new withholding guidelines from the IRS, which dictate how much employers withhold from pay for federal taxes. Those whose checks have remained the same shouldn’t fret — employers have until Feb. 15 to make the changes. Treasury Secretary Steven Mnuchin has estimated that the new rules will mean more take-home pay for about 90 percent of American workers.

The details of the story highlight how many people appreciate the tax cut they're getting -- including those who didn't see it coming...probably because they were fed so much flagrantly false fear-mongering from Democrats:

The AP cites a bizarre conspiracy theory from Congressional Democrats, who apparently think they don't have enough egg on their face already, then quotes an engineer who generally buys into the Left's (misleading and refutable) talking points about "tax cuts for the rich" -- yet still can't manage to get terribly upset about, well, his own tax cut:

Senator Ron Wyden, on the Senate Finance Committee, and Rep. Richard Neal, on the House Ways and Means Committee, both Democrats, have asked the Government Accountability Office to analyze the new tables to make sure workers’ paychecks weren’t being systematically underwithheld, which would make paychecks bigger now but lead to a bigger bill at tax time. Mnuchin, speaking at a White House press briefing, dismissed this notion as “ridiculous.” Still, experts suggest that all taxpayers take a look the new IRS calculator when it becomes available later in February to ensure they are having the correct amount withheld...For most people though, no change will be needed...

“It’s tough to be upset about more money in my pocket,” said Jefferey Snively, an aerospace engineer who got a 4 percent bump in his last paycheck due to the lower tax rate. He said that’s not enough to feel like a windfall or change his spending habits, but is a pleasant change. Yet, he thinks the tax overhaul wasn’t really about him or other workers, but more about corporations and the wealthy. “I think the people this bill made the most difference for are the ones who needed it least,” he said.

You know it's going to be a tough messaging battle ahead for Democrats when their own people have no choice to concede that their tax break feels pretty good.  The party made things harder on themselves by painting the GOP plan as an unmitigated catastrophe that would help nobody.  They thought their insane attacks could kill the bill, the same way they rode falsehoods to derail Obamacare repeal.  Big mistake.  The bill became law, and it's proving them wrong every day.  As we've been writing, public support for the law has rocketed upward by double digits based on the good news emerging from the corporate side of the law alone.  Now, ordinary Americans are going to start noticing their own tax cuts, which will further prove how absurdly and shamelessly they were lied to by Democrats.  Here's one of the guiltiest demagogues, Nancy Pelosi, desperately spinning her feeble, elitist "crumbs" line:

A spokesman for Paul Ryan flayed it, piece by pitiful piece.  Fish in a barrel:

Well this statement is a hot mess:

-Nothing @NancyPelosi said was taken out of context. She called these pay raises “crumbs.” Period.

As I wrote on Twitter, the AP article truly is a brutal narrative killer for the Democrats:

The media will cover some of this, as evidenced by the AP piece, but it's up to Republicans to make this hard sell, repeatedly.  The facts are on their side; hammer them home.  Incidentally, it's not like the positive corporate ripple effects have come to an end, either.  Over the last 24 hours or so, more major companies have unveiled major investments, upgraded employee benefits, and new bonuses -- adding to the ballooning total of millions of American workers who are directly benefitting from the Republican law (aside from their personal tax cuts, that is).  The latest 'Frankenstein' dispatches, from UPS:

UPS today announced more than $12 billion in investments to expand the company's Smart Logistics Network, significantly increase pension funding, and position the company to further enhance shareowner value. "This $12 billion investment program is an outgrowth of the opportunity for tax savings created by the Tax and Jobs Act," said David Abney, UPS Chairman and Chief Executive Officer.  "We will increase network investments and accelerate pension funding to strengthen the company for the long term, so that we maximize the benefit to our global customers, employees and share owners." The company plans to raise future capital spending above its previously committed six-to-seven percent of annual revenue.  UPS will invest an additional $7 billion over three years for the construction and renovation of facilities, to acquire new aircraft and ground fleet vehicles, and to enhance the information technology platforms required to support the network, manage the business and power new customer solutions.

Lowe's confirmed Thursday it plans to pay out one-time bonuses and sweeten benefits, saying it expects the impact of new tax law to be positive for its business in 2018. The home improvement retailer is giving more than 260,000 hourly employees bonuses of up to $1,000 and will expand benefits packages — adding adoption assistance and paid parental leave — in the wake of new tax legislation, CNBC reported on Wednesday. The bonus amounts will be based on a worker's length of service.

Global health service company, Cigna (NYSE: CI), today announced that the net financial benefits of United States tax reform will allow the company to further accelerate investments in our employees, our capabilities and our customers, clients, partners, and communities...Cigna is establishing a minimum wage across its U.S. employee base of $16 an hour, substantially exceeding the national minimum wage in the United States as well as the hourly rate paid at many global corporations. Cigna will also provide salary increases above the $16 an hour level, largely to front line employees. These investments in employee wages will total more than $15 million. Additionally, Cigna is adding $30 million to its 401(k) program to match an additional one percent of employee compensation contributed to the 401(k) in 2018. This match will benefit the retirement accounts of over 30,000 employees.

Thermo Fisher Scientific Inc. (NYSE: TMO), the world leader in serving science, will make additional investments totaling $50 million as a result of the benefit of recently enacted Federal tax reform legislation in the U.S. This investment includes: $34 million for a one-time bonus of $500 to be paid to each of the company's approximately 68,000 eligible non-executive employees globally, [and] $16 million to accelerate key breakthrough R&D programs and also to increase the impact of the company's sustainability initiatives and philanthropic activities in support of STEM (Science, Technology, Engineering and Math) education. "Thermo Fisher will benefit from tax reform, so we chose to use this unique opportunity to recognize the commitment of our colleagues who work hard every day to fulfill our Mission..."

Hostess Brands Inc. announced it will give workers one-time bonuses of $1,250 and one year of free snacks as a result of the new GOP tax legislation. The company produces bakery snack cakes such as Twinkies, Ho Hos, Zingers and Sno Balls. Each week this year, a representative from one of the company’s bakeries will choose a different product, which employees will take home in multi-packs, according to Bloomberg. Workers will receive the monetary bonus in the form of $750 in cash and a $500 contribution to their 401k. Hostess Executive Chairman C. Dean Metropolous told Bloomberg in a statement that the changes to the tax plan have allowed the company to alter its benefits structure.

On that last one, I'll leave you with this perfect punchline:

Nancy was right! Hostess will LITERALLY give employees crumbs because of GOP's tax law! https://t.co/7Bfh6So2g0