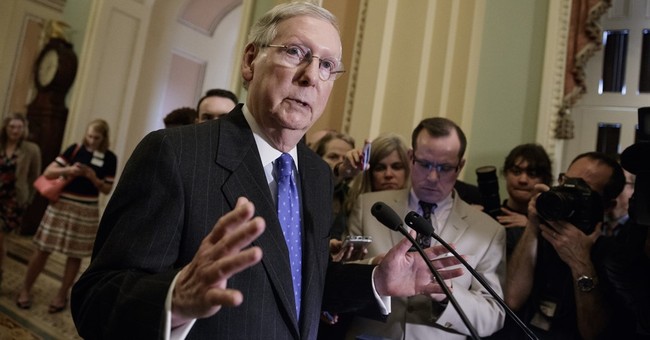 Monday marked one of the most partisan days in the history of the United States Senate. As the body's judiciary committee trudged through the process of voting to advance the nomination of an eminently qualified jurist to the full chamber for consideration, strictly along party lines, reports emerged that Democrats had secured the 41 votes necessary to sustain the first partisan filibuster of a Supreme Court nominee in US history. This unprecedented escalation will almost certainly force Republicans to follow in the footsteps of a previous unprecedented escalation from Democrats, changing the Senate rules to do away with the 60-vote filibuster threshold for all presidential nominees. This partisan denouement represents an inevitable culmination of decades of bare-knuckled one-upsmanship in which Democrats have been the aggressors at nearly every turn. Tracing the current state of play back to one single moment or controversy may be difficult, but many would argue that it began with an astoundingly acerbic and demagogic 1987 floor speech by Sen. Ted Kennedy, who once killed a woman, against President Reagan's nominee to the High Court, Robert Bork:

A pitched battle ensued, led by liberal Democrats, with Bork ultimately being defeated. During the term of President George H.W. Bush, the Left tried to replicate their character assassination playbook against Clarence Thomas, who was subjected to an extremely nasty and personal confirmation fight. He was eventually confirmed 52-48, the closest margin in more than 100 years. By contrast, President Clinton's judicial nominees were confirmed at a higher rate than his predecessor's, and neither of his picks for the Supreme Court faced any serious opposition. Even uber-liberal Ruth Bader Ginsburg, who was set to alter the make-up of the Court by replacing a significantly more conservative justice, was approved by an overwhelming 96-3 margin. Even after the ugliness and vitriol of Democrats' treatment of Bork and Thomas, the GOP did not answer in kind.

But when President George W. Bush took office in the early 2000's, Senate Democrats decided to push the envelope again. For the first time in history, they filibustered a number of majority-supported Bush nominees to circuit- and district-level courts. The most egregious example of this obstructionism targeted a exceptionally qualified nominee named Miguel Estrada. While colluding with left-wing interest groups, Democrats literally spelled out in a memo that part of the reason they chose to blockade Estrada was because of his race. As a Latino, they worried, he could be groomed into a prime candidate for an eventual Supreme Court slot; better to kill his prospects as early as possible. They filibustered him for years, ultimately resulting in his decision to withdraw his name from consideration -- a disgraceful episode in which Democrats succeeded in convincing a willing press corps to ignore their extreme partisanship and shameful racial politics, and to instead focus on the "scandal" of who had leaked their internal memos.  Another detail from that era, via David Harsanyi:

After the 2000 election...George W. Bush nominated eleven appellate court nominees. Two of them, as a gesture of bipartisanship, were liberals. When the Senate unexpectedly flipped to Democrats (because of the defection of Jim Jeffords, who began caucusing with Democrats), the Judiciary Committee did not return the favor, refusing to give hearings to any of the conservative nominees while moving the liberal ones forward.

When Democrats continued their heretofore unforeseen practice of blocking up-or-down votes for majority-backed judicial nominees after the GOP regained the Senate in 2004, Republicans saber-rattled about invoking the so-called "nuclear option." That fear led a bipartisan group of Senators, seven from each party, to forge the 'Gang of 14' compromise. The terms of that agreement survived a number of years until Democrats decided that they could not abide the GOP using the filibuster precedent they'd invented under Bush to thwart a limited number President Obama's picks. For perspective, in their respective first terms, Obama had more of his circuit court nominees confirmed than Bush did -- and enjoyed a better confirmation rate on district court selections than George H.W. Bush. Nevertheless, Democrats decided that the deployment of their own tactics against a Democratic president constituted a fresh justification to abolish the very practice they'd pioneered, detonating the "nuclear" option that many of them had inveighed against when Republicans were merely considering it as a method of overcoming Democrats' previous unprecedented escalation.  Some Reid defenders have argued that the former Democratic leader did everything he could to reason with Republicans to avoid going nuclear very early in Obama's second term.  Not true:

When Reid broke the filibuster [in 2013], he claimed the GOP could have avoided the nuclear option if they’d simply confirmed the seven appointees they’d been blocking. According to Politico, McConnell conceded to those demands to save the filibuster. At the last moment, Reid insisted that Republicans surrender the threat of filibustering any Obama’s appointments in the future.

Reminder: There were no partisan filibusters of judicial nominations ever until 2003. They were effectively eliminated in 2013.

Which brings us to today. In laying the groundwork to launch the first-ever partisan SCOTUS filibuster (the only previous SCOTUS filibuster was against the elevation of a sitting justice, was nearly evenly bipartisan, and was connected to an ethics scandal), Democrats have whined incessantly about Republicans' refusal to consider the nomination of Merrick Garland to the Supreme Court in the final year of his term.  As they laughably claim victimhood on this score, it should be noted that (a) Obama had already appointed two liberals to the Court by that point, neither of whom faced any serious resistance from the GOP, and (b) there was ample precedent for the Senate leaving an election-year vacancy open. Indeed, that exact course of action had been advocated by Senators Joe Biden and Chuck Schumer in 1992 and 2007, respectively, when -- you guessed it -- Republican presidents were in office. By ignoring Garland, Mitch McConnell and company were simultaneously following the Biden Standard and exacting some modicum of revenge for Democrats' 2013 establishment of the poisonous, nuclear Reid Rule. When that latter precedent prevented Democrats from obstructing some of President Trump's cabinet members in early 2017, a handful of Senate Democrats admitted that they had already come to regret going along with the Reid Rule (just as President Obama conveniently "regretted" an attempted filibuster against Justice Alito once the shoe was on the other foot). And now -- wouldn't you know it? -- they've turned around to embrace another unprecedented escalation.

Republicans are not entirely blameless in these wars, as the GOP has inflamed tensions at various stages along the way, often through various forms of retaliation. But the broad-strokes record is clear: The Democratic Party has been exclusively and repeatedly responsible for the biggest provocations, over the span of decades. They have insisted upon an ever-changing set of standards under which they get their way, whether they are in or out of power. They have sought to impose special restrictions on Republicans, shamelessly changing the rules of the game when the roles are reversed. Modeling better behavior has not succeeded in shaming them. Targeted retaliation has not chastened them. They have increasingly approached these battles as zero-sum blood feuds, whereas Republicans have naively believed that honoring Senate traditions, with some turnabout sprinkled in, would dissuade their opponents from future provocations. The Garland episode was an important turning point, when the GOP finally force-fed Democrats a taste of their own medicine; and boy, did they hate it.  And thus, a zero-sum fight, waged lopsidedly by one party for years, was at last fully engaged.  With their enraged base seething with blind fury, Democrats are now on the precipice of one final escalation. Democrats began and endlessly advanced this partisan war, but the time has come for Republicans to end it.

Confirm Neil Gorsuch with a simple majority. Confirm President Trump's next Supreme Court selection or selections with simple majorities.  Move the Court to the right.  And do what it takes to stack as many lower courts as possible with conservative judges. That was the purpose of the 2013 Reid Rule power grab, and it worked: When President Obama entered office, just one of the nation's 13 circuit courts of appeals had a Democratic majority. When he left office, that number had swelled to nine. The era of Senate comity on such matters is long gone. We've seen the lengths to which Democrats will go to gain an advantage in these high-stakes ideological fights, and that will never change. Republicans are left with no choice but to embrace the Democrats' brand of hardball; anything less would amount to unilateral disarmament, which -- given the history recapitulated above -- is no longer acceptable.  Whether through Harry Reid's nuclear option or other procedural means, the GOP must get the job done.  After years of sustaining blow after blow, it's time for Republicans to join the Democrat-instigated street fight and start landing some roundhouses of their own.