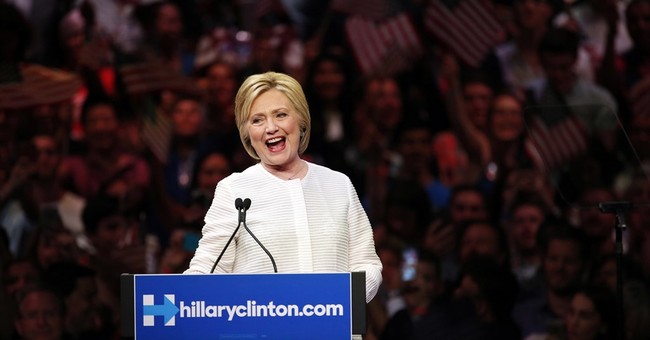 In last month's Fox News national survey, presumptive GOP nominee Donald Trump surged into the lead, overtaking an unpopular and embattled Hillary Clinton. The new numbers -- which were gathered amid Trump's widely-criticized racial attacks against a federal judge, and as a victorious Hillary Clinton begins to unify her party behind her campaign -- show support for the controversial billionaire dropping by six points. Hillary's level of support remained stagnant, and (cough) Libertarian (cough) Gary Johnson has inched up to 12 percent, just a few points shy of debate eligibility. For a sense of just how disliked the major parties' likely nominees are, each enjoys universal name recognition, and each is still in the 30's:

Hillary Clinton's favorability is 14 points underwater (42/56), while Donald Trump's is several points worse (40/58). Mrs. Clinton improved by ten net points on this metric over the last Fox poll, while Trump fell by three points. As for personal likability, yikes:

Nearly half of self-identified Trump supporters in the poll say they'll have to "hold their nose" and vote for him, as fully two-thirds of voters overall say the GOP nominating process was bad for the party. On candidate characteristics and qualities, here are the breakdowns:

Given those numbers, you'd assume Clinton would have a wide lead head-to-head; in fact, her advantage is quite modest at this stage. This might help explain why:

Majority of voters believe Hillary is lying about her email scandal & that it compromised national security: pic.twitter.com/RqMKqT1hwP

Six-in-ten Americans correctly believe she's lying about her emails, while nearly as many agree with top defense and intelligence officials that her unsecure scheme endangered US national security. One wonders how many of them are also aware that she did so intentionally, after several warnings, in order to avoid transparency laws.