As Donald Trump readies his anti-Clinton barrage on Monday, he has plenty of fresh material to work with. Hillary famously claimed that her bootleg, unsecure email server contained "no classified material." This was comprehensively false. Thousands of classified emails passed through her improper server -- including more than 100 she personally sent herself, and dozens that contained information at secret, top secret, and 'beyond top secret' levels. Intelligence experts this week told the Associated Press that some of these messages could have compromised the identities of CIA assets, and now the Wall Street Journal reports that at least some of her emails pertained to planned US drone strikes in Pakistan:

At the center of a criminal probe involving Hillary Clinton’s handling of classified information is a series of emails between American diplomats in Islamabad and their superiors in Washington about whether to oppose specific drone strikes in Pakistan. The 2011 and 2012 emails were sent via the “low side’’—government slang for a computer system for unclassified matters—as part of a secret arrangement that gave the State Department more of a voice in whether a Central Intelligence Agency drone strike went ahead, according to congressional and law-enforcement officials briefed on the Federal Bureau of Investigation probe. Some of the emails were then forwarded by Mrs. Clinton’s aides to her personal email account, which routed them to a server she kept at her home in suburban New York when she was secretary of state, the officials said. Investigators have raised concerns that Mrs. Clinton’s personal server was less secure than State Department systems...The still-secret emails are a key part of the FBI investigation that has long dogged Mrs. Clinton’s campaign, these officials said...Law-enforcement and intelligence officials said State Department deliberations about the covert CIA drone program should have been conducted over a more secure government computer system designed to handle classified information.

Clinton knew that her emails involved discussions of Iranian nuclear negotiations, drone strikes in sensitive regions, and North Korea's nuclear weapons program, yet she asserted that nothing classified had ever passed through her unsecure, improper email system -- to which our enemies almost certainly had access. Meanwhile, yesterday we told you about the newly-relevant  'Clinton University' racket, in which Bill Clinton was paid a fortune to be the face of an online school (that has faced fraud accusations), which just so happened to enjoy a dramatic spike in large government grants -- including from his wife's State Department -- as he was lining his pockets.  On the shady cash front, Matt wrote up an ABC News report detailing another apparent conflict of interest. Follow the money:

Newly released State Department emails help reveal how a major Clinton Foundation donor was placed on a sensitive government intelligence advisory board even though he had no obvious experience in the field, a decision that appeared to baffle the department’s professional staff. The emails further reveal how, after inquiries from ABC News, the Clinton staff sought to “protect the name” of the Secretary, “stall” the ABC News reporter and ultimately accept the resignation of the donor just two days later. Copies of dozens of internal emails were provided to ABC News by the conservative political group Citizens United, which obtained them under the Freedom of Information Act after more the two years of litigation with the government.

A prolific fundraiser for Democratic candidates and contributor to the Clinton Foundation, who later traveled with Bill Clinton on a trip to Africa, Rajiv K. Fernando’s only known qualification for a seat on the International Security Advisory Board (ISAB) was his technological know-how. The Chicago securities trader, who specialized in electronic investing, sat alongside an august collection of nuclear scientists, former cabinet secretaries and members of Congress to advise Hillary Clinton on the use of tactical nuclear weapons and on other crucial arms control issues.

Hillary Clinton appears to have effectively sold a seat on a key advisory board on extremely sensitive matters to a man with virtually no qualifications other than having donated piles of money to her family slush fund and to Democrats.  When this embarrassment got flagged, her staff stonewalled, stalled, then finally forced the guy to resign.  Crooked. Hillary.  To be sure, Trump faces new troubles of his own seemingly every day -- and Clinton's central attack that he's temperamentally unfit to the president may be hitting home.  But details about her own dealings and conduct consistently illustrate why she is ethically unfit to occupy the Oval Office. I'll leave you with two more examples of shameless dishonesty, both via WSJ reporter Brian Tau:

Clinton campaign still has this on its website, despite it being false. FBI probe is criminal in nature. pic.twitter.com/hLTJWW5Gud 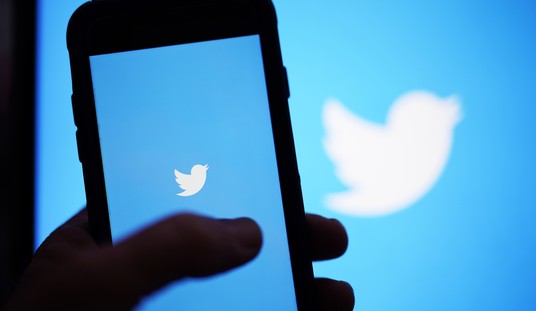