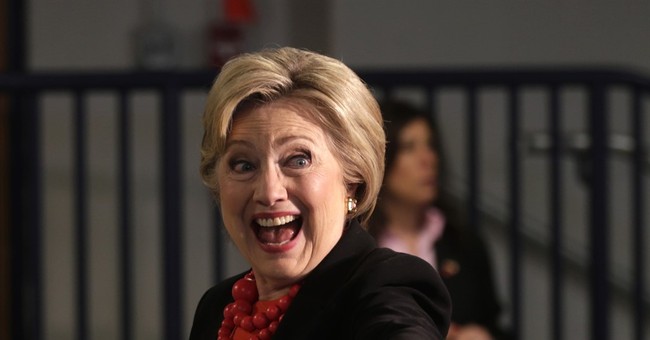 His decisive loss in Wisconsin wasn't the only bad news Tuesday delivered to Donald Trump. A fresh Mason-Dixon poll showed Hillary Clinton within the margin of error in a hypothetical head-to-head contest against Donald Trump in Mississippi -- a state that hasn't 'gone blue' in 40 years. The same survey shows both Ted Cruz and John Kasich handily defeating the likely Democratic nominee:


If the 'there's no way he could lose Mississippi, right?' consternation you're experiencing feels vaguely familiar, it should: A Deseret News/KSL poll released late last month found a virtual tie between Trump and Clinton in Utah, a state in which Trump got dismantled by Cruz, and that the GOP hasn't lost in half-a-century.  I expressed heavy skepticism over that result at the time, but the new Mississippi data gives me pause.  Even if you dismiss out of hand the possibility of either Utah or Mississippi flipping in November -- assuming, for example, that when push comes to shove, many currently-dissatisfied Republicans will coalesce in order to oppose Clinton -- the mere fact that these two ruby red states could even possibly be in jeopardy should be a wake-up call.  If those states are even remotely in play, the swing states are gone, and a handful of borderline battlegrounds like Georgia, Arizona, Indiana, and possibly even Texas could be in danger.  But wait just a minute, you say.  Didn't Republican primary turnout absolutely dwarf Democrats' showing in Mississippi last month?  It sure did.  But even though primary turnout can be an indication of enthusiasm, it's often a function of the primary's competitiveness, and is not historically predictive of general election outcomes.  And Trump is historically unpopular across virtually every demographic.  Before we leave the subject of historical predictiveness, it's worth noting that national polls taken in April have accurately "called" roughly two-thirds of national elections over the last six-plus decades.  In case you hadn't noticed, the calendar flipped to April last week.  Which brings us to the latest marker in a long line of 'Hillary bombards Trump' data points:


Sure, that's a single outlier-ish tracking poll, but it's one Trump has dominated, never trailing dating back to last November...until yesterday, that is.  I'll leave you with two options:  Either click through and read about alleged disarray, low morale and mystifying swing-state layoffs roiling the Trump campaign, or enjoy this little gem about Donald Trump impersonating...a Donald Trump PR flack in 1991, personally managing gossip page coverage of his love life.  Here's your frontrunner, Republicans:


By the way, if you still get a thrill up your leg at the prospect of this person facing the Democrats in the fall, you'll love this piece, which doubles as a (deserved) knife-twist for the actual GOP establishment.