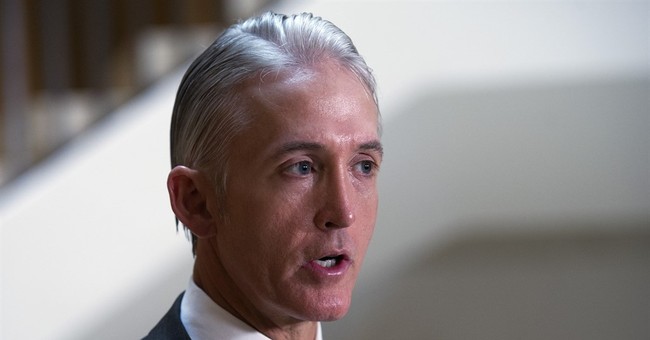 Townhall has confirmed rumors that Rep. Trey Gowdy -- widely admired as a principled fighter among many grassroots conservatives -- will join Sen. Marco Rubio on the campaign trail in Iowa next week:

Scooplet: Campaign confirms @TGowdySC will join @marcorubio on the trail in Iowa next week. Statement from Gowdy: pic.twitter.com/vd0gt8UIBH

More: Source says Gowdy will urge Iowans to caucus for Rubio. An endorsement.


This is a good get for Team Rubio.  Gowdy is well regarded by the base, elements of which practically begged him to run for Speaker of the House.  But we're in the midst of an unique campaign cycle in which traditional political rules don't seem to apply -- so will this have an impact, either in Iowa, or in Gowdy's native South Carolina?  Stay tuned. At the very least, Rubio must be pleased to have secured the conservative Congressman's backing, and to have boxed out his presidential competitors for Gowdy's semi-splashy, potentially-impactful endorsement.