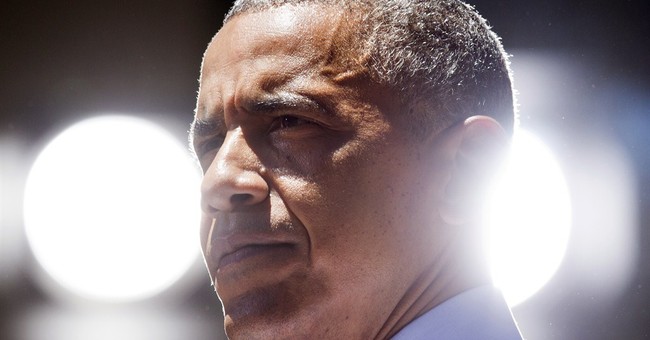 Republicans are not planning to impeach President Obama. Yes, Sarah Palin has called for it. The South Dakota GOP passed an impeachment resolution. Andy McCarthy is out with a book arguing that the legal foundation for ousting Obama exists, but the political will does not. And the occasional House back-bencher floats the 'I-word' from time to time. But there is no groundswell of support, or any semblance of a serious campaign, to remove the President of the United States from office. That's not a thing. When asked about Palin's impeachment advocacy House Speaker John Boehner -- who's suing Obama for executive overreach -- flatly responded, "I disagree." The Republican chairman of the relevant House committee has shut the idea down, too. Indeed, the parties most excited about invoking the specter of impeachment are the White House...


A top aide to President Obama said it's possible that Obama could be impeached by the Republican-controlled House of Representatives. House Speaker John Boehner's decision to proceed with a lawsuit against the president has "opened the door" to the third presidential impeachment in the nation's history, Senior Adviser Dan Pfeiffer told reporters at a Friday breakfast sponsored by the Christian Science Monitor...Later, White House Press Secretary Josh Earnest said "prominent voices in the Republican party" have called for impeachment, but was hard-pressed to name one other than Palin. "I think there are some Republicans, including some Republicans that are running for office, hoping that they can get into office so they can impeach the president," he said.

I attend a lot of conservative events. Idea of impeaching Obama has come up more on MSNBC today than all those events combined.


The uptick in impeachment hand-wringing from the Left isn't an accident. It's a coordinated fundraising and base-goosing effort that's latched onto this CNN poll as a news hook:

Roughly a third of adult Americans want to see President Barack Obama impeached, according to a new CNN poll released Friday. Support for impeachment cuts down party lines, with 57% of Republicans favoring the idea but just 35% of independents and 13% of Democrats feeling similarly.


A majority of Republicans! This is serious, they clamor. Not really. In 2006, roughly the same percentage of CNN poll respondents favored impeaching George W. Bush, presumably with heavy support from Democrats (that survey didn't include internals). A substantial majority of liberal Vermont residents told a CBS News pollster they wanted Bush impeached in 2007. In short, it's not unusual for partisans to want the other guy thrown out. Hell, more than half of self-identifying Democrats believed that it was at least "somewhat likely" that Bush knew about 9/11 in advance, according to a 2006 poll. Congressional Democrats never came close to advancing articles of impeachment against the 43rd president even though some really wanted to -- including the powerful House Judiciary Committee Chairman. Rep. John Conyers and dozens of fellow liberals convened fantasy impeachment hearings in the Capitol basement in 2005, before they took over the lower chamber. Obama impeachment chatter hasn't even sniffed that level of, er, "seriousness." Here's what's going on: Democrats are desperate to light a fire under their base before November, as enthusiasm indicators have looked fairly grim so far. One way to galvanize support and raise easy money is to try to convince low information lefties that the nasty, racist GOP is actively scheming to bring down The Precious. The White House, evidently, is not above playing along with the charade. This is about fear-mongering and raising cash, plain and simple. Did I mention that Democrats are desperate? Here's a screen grab from an endless parade of borderline stalker-esque, impeachment-themed contribution solicitations: 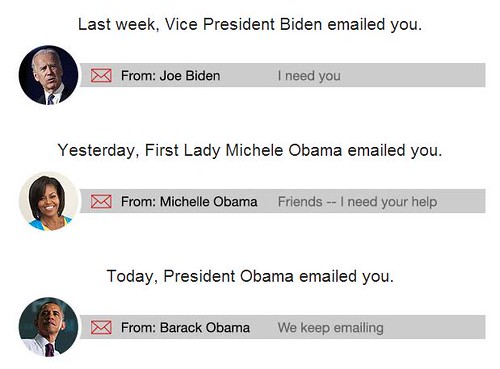