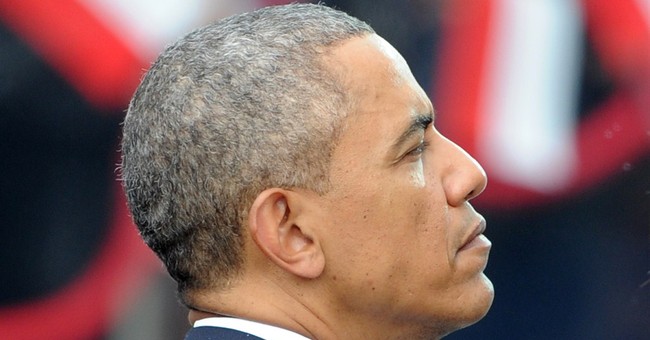 Between the Cantor earthquake, the VA scandal (with new allegations cropping up, and bipartisan Congressional action underway), the Bergdahl affair, and the Benghazi select committee, Obamacare's ongoing flaws and failures have taken a back seat in the political media in recent weeks -- even within conservative circles. We've been on it, however, covering the CBO's quiet acknowledgement that it will no longer score the law's long-term fiscal impact, highlighting the millions of application "discrepancies" that are plaguing "new" "enrollees," and noting that the law remains as unpopular as ever. Politico now reports that a long-delayed Obamacare feature has been pushed back...again:


The piece of Obamacare meant to help small businesses provide better health insurance options for their workers failed to launch in Year One, and the Obama administration on Tuesday gave the go ahead for 18 states to put part of it on hold once again. The Small Business Health Options Program is Obamacare’s neglected stepchild. As one of two new marketplaces set up by the health care law, SHOP was meant to encourage companies with up to 100 employees to cover their workers and give them a menu of insurance options. The delay leaves the exchange for small employers hobbled in large parts of the country until at least 2016 and creates another element of the law that’s inconsistent from state to state. SHOP has always been in the shadow of the individual exchanges, but unlike HealthCare.gov, which recovered from its fiasco start and signed up 8 million people, the federal SHOP is still nearly moribund. Its website has yet to get off the ground.


In the states where small business exchanges will finally open, only one "option" we be available for consumers to "choose." President Obama repeatedly promised that a centerpiece of his healthcare overhaul would be "choice and competition. He told small businesses owners and employees that SHOP would reduce their rates by 25 percent. His administration estimated earlier this year that roughly two thirds of small businesses will actually face higher premiums. Meanwhile, in spite of their brave-face cheering and "winning streak" declarations from the media, Senate Democrats are still extremely wary of Obamacare's politics. Here's what went down in a key Senate committee just yesterday:


The chairwoman of the Senate committee responsible for a spending bill funding implementation of President Barack Obama's health care law has canceled a vote on the measure after Republicans signaled they would force a series of votes that would be politically painful for some committee Democrats. The move by Maryland Democrat Barbara Mikulski came after several Democrats expressed reservations about voting on amendments related to so-called Obamacare. The bill's author, Iowa Democrat Tom Harkin, had said the Appropriations Committee would debate and approve the measure on Thursday. But the session never was scheduled by Mikulski, whose spokesman says the schedule is "under review."


And who, exactly, may have "expressed reservations" about being forced to vote on Republican Obamacare-related amendments? Surprise:


Several Appropriations Democrats, including Mark Pryor of Arkansas, Mary Landrieu of Louisiana and Mark Begich of Alaska, are at risk of losing re-election bids this fall.


Why would these selfless public servants pass up an opportunity to both fund a law they voted for and help "fix" it, as they claim to support? Weird. We told you earlier in the week that New Hampshire Senator Jeanne Shaheen is still vowing to campaign on Obamacare -- yet she declined to even show her face at a nearby fundraiser with President Obamacare, raising hackles from Scott Brown's campaign. Americans for Prosperity is up with a new ad in the Granite State, hitting Shaheen over the law she so steadfastly supports:


In Arkansas, Tom Cotton leads Sen. Mark Pryor in a new poll and is out with a TV spot criticizing the Democratic incumbent for "toeing the line" for Obama 90 percent of the time. As expected, Obamacare gets a prominent mention: