Dem Senator: Obamacare Opponents May Just Think the President is the 'Wrong Color' 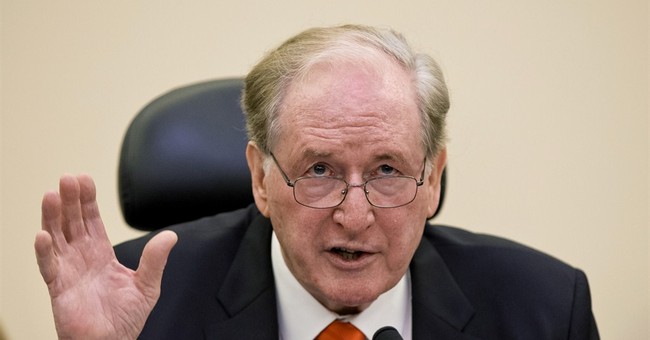 Paint-by-numbers racial demagoguery at its laziest, courtesy of a retiring Senate Democrat who will never have to face his state's voters again:

SEN. JAY ROCKEFELLER (D-WV): “I’ll be able to dig up some emails that make part of the Affordable Care Act that doesn’t look good-especially from people who made up their mind that they don’t want it to work because they don’t like the president. Maybe he’s of the wrong color, something of that sort. I’ve seen a lot of that and I know a lot of that to be true. It’s not something you’re meant to talk about in public but it’s something I’m talking about in public because that is very true.”


A highly original and inspired theory from a man who proudly served alongside a Democratic Klansman for decades: Obamacare opponents must still be in the throes of impotent fury that Barack Obama is black. Yeah, that's it. It certainly can't have anything to do with the higher rates, increased spending, punishing out-of-pocket costs, canceled plans, dropped access to trusted doctors, negative economic impact, or any of this law's myriad broken promises. I'm sure the administration is pushing billions in unlawful bailout-style insurer payoffs to help stave off even steeper premium increases for a few years just for kicks. Then again, premium increases may themselves be a heretofore under-explored form of racism. Another question to ponder: Is it racist to want to "fix" Obamacare, as many Democrats say they do? It's a real puzzler, given that our president of color has been vehemently insisting that the law is "working the way it's supposed to" for months. Not that Democrats have a shred of credibility on repairing the broken law for which they're solely responsible. A new hard-hitting web ad from American Commitment reminds Americans that Democrats repeated the "lie of the year" without batting an eye -- so voters should consider their assurances about improving the horribly flawed law accordingly. The DWS byte at the 1:10 mark is especially painful:


Parting thought: Mitch McConnell's Democratic opponent, Alison Lundergan Grimes, is going the Tennant/Nunn route by refusing to offer a straightforward answer on whether she would have voted for Obamacare. Based on Sen. Rockefeller's moronic standard, Grimes' noncommittal vacillating could be considered pretty racist.