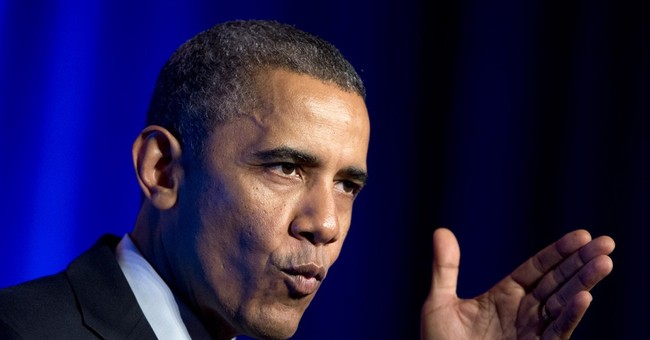 Seeking to minimize the pain caused by his signature domestic accomplishment, President Obama has flagrantly rewritten Obamacare numerous times since it was first enacted in 2010. And unless Republicans make a stand this September, Obama will flagrantly break the law again, this time costing American taxpayers billions in illegal insurance company bailouts.

This past October, millions of Americans began receiving cancellation notices from their health insurance companies informing them that, despite Obama's crystal clear promise to the contrary, they would not be able to keep their current health insurance plan. Politifact would go on to label this broken Obama promise the Lie of the Year.

Stuck with a broken website, and facing intense pressure from congressional Democrats, Obama announced in November that he would allow insurance companies to temporarily keep people on their existing health care plans.

Enter Obamacare's risk corridor program which, in theory, can help a steady nascent insurance market by spreading risk among insurers. On paper, the program requires insurers who set their premiums too high to pay into a government fund. Insurers who set their premiums too low would then be able to draw from that fund. If some insurance companies pay into the fund at the same rate that others are draw out of the fund, then the program is not a taxpayer bailout.

Recognizing this threat to taxpayer funds, Sen. Marco Rubio (R-FL) introduced legislation that same month that eliminated the risk corridor program entirely. After Rep. Tim Griffin (R-AR) introduced similar legislation in the House, the government agency in charge of running the risk corridor program, the Centers for Medicare and Medicaid Services, issued a proposed rule limiting payments out of the program to what insurance companies had previously paid in.

Fast forward to last week when CMS issued its final regulation on the matter including:

In other words, if insurance companies as a whole claim more money from the risk corridor program than they paid in, CMS just promised they would use taxpayer dollars to bail them out.

But there is just one hitch: according to a January 2014 Congressional Research Service memo, it would be illegal for Obama to make risk corridor payments to insurance companies without an explicit appropriation from Congress.

This means that Republicans do not need Rubio's legislation to stop a taxpayer bailout. It is already illegal for Obama to use taxpayer funds to pay insurance companies through the risk corridor program.

Unfortunately, from his war in Libya to his Deferred Action for Childhood Arrivals (DACA) program, Obama has a well established history of flagrantly breaking federal law. And progressive activists are already urging Obama to ignore federal law and illegally bailout the insurance companies through the risk corridor program anyway.

If conservatives want to stop the illegal Obamacare insurance bailout before it starts they must start planning now. The current budget deal expires this September, just two months before Election Day. They must demand appropriations language explicitly banning any payments to insurance companies through the risk corridor program that exceed payments to the program.

If they don't, then Republicans will have missed another huge opportunity to minimize Obamacare's damage.