Florida Democrat: Without Immigration Reform, Who Will Do Our Landscaping? 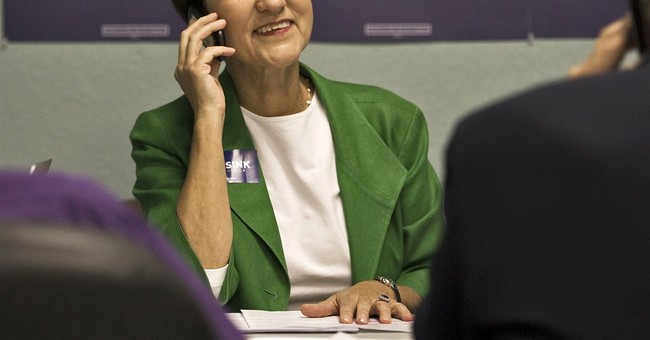 Alex Sink came very close to winning Florida's gubernatorial election in 2010, and is currently locked in a very tight special election battle over Florida's 13th Congressional District. She is a Democrat. At a recent election forum, she offered the following analysis of the urgent need for immigration reform:


“Immigration reform is important in our country. We have a lot of employers over on the beaches that rely upon workers and especially in this high-growth environment, where are you going to get people to work to clean our hotel rooms or do our landscaping? We don’t need to put those employers in a position of hiring undocumented and illegal workers.”


Well then. Sink's defenders will say that she was merely acknowledging economic and demographic realities in her district, and that her comments contained no slight -- intended or otherwise -- against Latinos. Although she does appear to pigeonhole certain groups of people and make some racial assumptions here, I would generally be inclined to mostly give her a pass for inelegant phrasing. The problem is that Sink's defenders are precisely the sort of people who would reflexively and immediately crucify her for uttering those exact same sentences if she had an 'R' next to her name. What's more, every Republican in America would be linked to the comment, then badgered by the media to weigh in on it. That was the playbook for Todd Akin (a politician who said something stunningly ignorant) and Ted Nugent (a musician who said something odious and disgraceful). Will the media apply the will-you-denounce? model to national Democrats over Sink's remarks?

@freddoso It’s only shameful and offensive stereotyping when they say it is.


Hey, the potential for a gaffe firestorm over her comment didn't occur to any of the journalists who were in the room -- and there were a lot of us! Plus, what's factually wrong about what she said? If Weigel and company truly believe this verbatim statement coming from a Republican wouldn't be remorselessly demagogued to great effect, then they're willfully blind. Did it occur to him that perhaps the assembled journalists didn't instantly recognize the potential for a damaging racial gaffe because the speaker in question was a member of the "correct" party, and therefore the media's gaffe antennae weren't as perky as they might be at a Republican event? Just a thought. Also, truth is never a defense for the media gaffe police. Take one of Mitt Romney's central immigration "gaffes," for instance. On "self-deportation," his actual point wasn't especially outrageous -- many illegals had voluntarily left the US in the midst of a slowing economy, and reducing the incentives to work illegally isn't especially controversial -- but that didn't matter. The phrase "self-deportation" sounded callous and out-of-touch....so, boom: Anti-Hispanic gaffe. The same lesson applies to his "gaffe" in London, wherein he offered some accurate critiques of the city's security preparedness at the Olympic games (an area where he has some expertise). The media couldn't have cared less that he was right on the merits. It was impolitic, so they shouted incisive questions at him as he departed a cemetery, including the immortal "what about your gaffes?!?" In defense of Alex Sink, lefties are busy little bees, parsing her every word, evaluating the proper context, and smugly concluding that there's nothing to see here. Again, I would tend to agree with that conclusion, but it's tough to get past their screaming hypocrisy. Thus, as a tribute to the Left's intellectual honesty and frequently-demonstrated capacity for generosity, I ask: Why does Alex Sink hate brown people?