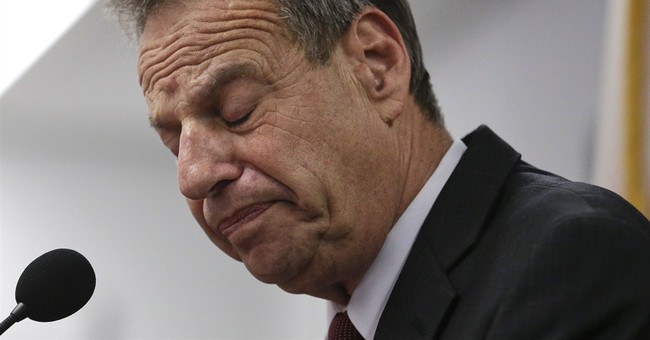 Think about it.  The guy was in Congress for two decades, and prominent Democratic women publicly hedged about his alleged conduct as San Diego Mayor for as long as they could.  Eight (!) separate women have now come forward as accusers against Mayor Filner, whose appalling behavior we discussed last week.  Does anyone seriously believe his grabby proclivities only manifested themselves after he left DC?  Enter Democratic strategist Hilary Rosen, who served up an interesting anecdote on CNN.  Have women within the party been aware of Bob Filner's pattern of harassment for years?


"I had dinner over the weekend with some female members and former members who said that this guy has kinda been this way all along. Everybody thought that he was a little creepy."

Anchor Jake Tapper and panelists sound incredulous -- in Washington? -- over this revelation, but it makes perfect sense.  Harassers don't just crop up overnight.  Of course Filner treated women like personal playthings while he was in Congress.  Maybe he's gotten more brazen and abusive after years of getting away with this garbage, but there's no way he grabbed his very first ass as Mayor of San Diego.  In 2006, Democrats beat the drum on Rep. Mark Foley's egregious sexual advances on an underage Congressional page, harping on the question of what Republican leadership knew, and when they knew it.  Nancy Pelosi even demanded that GOP leaders testify under oath about the issue; Democrats rode their narrative all the way to victory that fall.  Similar questions now apply to the actions of Democrat Bob Filner.  Did Nancy Pelosi, Debbie Wasserman Schultz, and company turn a blind eye toward terrible conduct from a male colleague because he was on Team Blue?  Lest there were any remaining doubts about Filner's surpassing arrogance and lack of contrition, look no further than these facts: (1) He's still refusing to resign, and (2) he's asking San Diego taxpayers to foot his legal bills.  Such a charmer, this one.

@GuyPBenson you read my response wrong. i wasnt incredulous that it happened in DC. it was just a new development.


He went on to say he has a "tell me more" attitude on Rosen's new details, so stay tuned.