From Freestyle to Foxtrot: Lochte Dances for Redemption 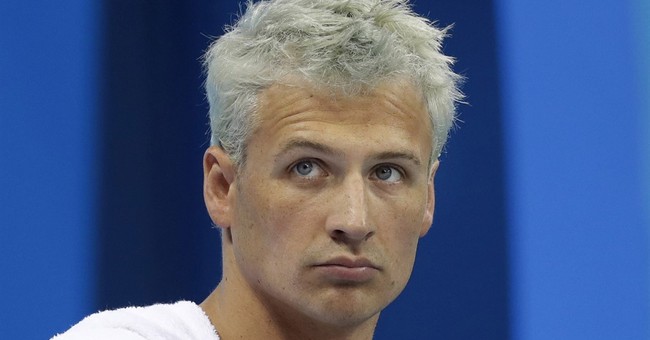 There’s no question that one of America’s most famous mermen had a rough time in Rio – both in and out of the pool.

Lochte became a household name after his dominant showing in London, which earned him a spot as one of Michael Phelps’ greatest rivals. Unfortunately, this Olympic performance was his worst to date. He won only one medal – a gold for the Men’s 4 x 200m Relay – this time, despite winning five in 2012 – two gold, two silver, and a bronze.

However, the media gave him another gold this summer: for best Olympic Scandal. Whether or not you fault Lochte for his drunken escapades, which led to an international incident and the loss of endorsements for the swimmer, there can be no doubt that it was one the biggest stories to come from Rio.

But Lochte might have found a way back into America’s good graces.

It was announced on August 30th that Ryan Lochte would be a part of the 23rd season of ABC’s “Dancing with the Stars.”

SO excited for the premiere of @dancingabc tomorrow! Retweet if you’ll be watching @CherylBurke & me at 8|7c. #DWTS https://t.co/AdkIdb9PE4

“Dancing with the Stars” is an ABC classic that introduces some of America’s favorite and “hot topic” celebrities to the world of ballroom dancing. Each star partners with one of DWTS’ professional dancers and “endure[s] hours of grueling rehearsals to master technical choreography and entertaining performances.”

Instead of glitz and glam, celebrities glisten with sweat. Behind the scenes shots of rehearsals highlight the weekly struggle to not only learn choreography but the grace needed for execution. Backstage interviews that capture lighthearted trash talk give a glimpse at the cast’s growing friendship. Each week’s dance showcases the culmination of the stars’ hard work and passion – some of them can even be pretty emotional. Case in point: Bindi Irwin’s tear-jerking dance from season 21.

Besides, what’s more relatable then seeing stars be as uncoordinated as the rest of us?

So this might just be a change in Lochte’s luck. If he plays his cards right, he might be able to win back the media and America. Lochte should try to become one of two things: the lovable merman that should never pull an Ariel and wish for two legs, or the masterful Olympic athlete proving that he has skill both in and out of the water.

It’s already a step in the right direction. Despite its low ratings last season, “Dancing with the Stars” is slated to make a comeback. Just by being on DWTS Lochte is getting better ratings than the last time he was on a network show. His 2013 reality TV show – What Would Ryan Do? – only made it through eight episodes before being pulled.

Best of luck to you Ryan Lochte in your quest for the Mirror Ball Trophy, America’s heart, and redemption. With Laurie Hernandez –aka the gold medaling human emoji – in the running, you’re going to need it.

“Dancing with the Stars” premieres September 12 at 8 p.m. EDT.