Paris: A Year After the Attacks 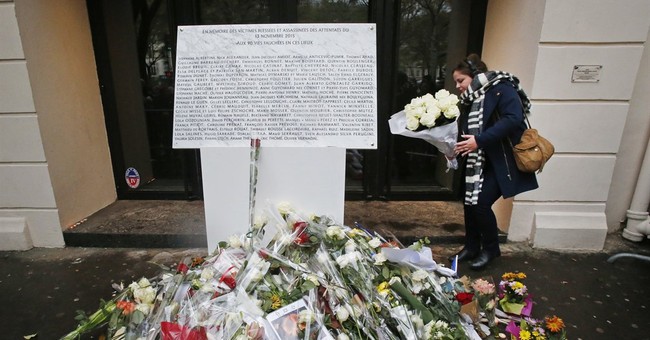 Sunday, the French President Francois Hollande visited all six venues - including multiple restaurants in the 10th and 11th arrondissements, the Stade de France just outside the city, and the Bataclan concert hall - to honor those who died, as well the victims who survived.

Hollande, along with the Mayor of Paris Anne Hildalgo, did, however, unveil a memorial plaque at the stadium.

The only person who spoke at the ceremony was the son of Manuel Dias, the first person killed in the attacks at the Stade de France by a suicide bomber.

During his speech, Dias said, “We must combat stigmatization and division. Integration is the answer.”

Saturday night, the Bataclan concert hall reopened with a performance from the British singer, Sting. The Bataclan was the site of the most bloodshed on November 13; three gunmen entered the building that night and opened fire on a crowd of people during an Eagles of Death Metal concert. Ninety people were left dead.

Sting started off Saturday night by telling the audience “We will not forget them.” He then asked everyone to take a moment of silence.

The singer went on to perform for over an hour. Just under 1,000 people attended the concert, honoring those who died and celebrating the Bataclan’s reopening.

Among those in attendance were survivors of the attack and the family members of those who were killed in the concert hall.

The Bataclan was closed Sunday for a special ceremony. The survivors of the attack joined the Eagles of Death Metal - all of whom escaped that night - to reveal a commemorative plaque in front of the concert hall with the names of each of the victims.

Thousands gathered in Paris that same day as all 130 victims’ names were read off.