Brexit Comes to A Halt After High Court Ruling 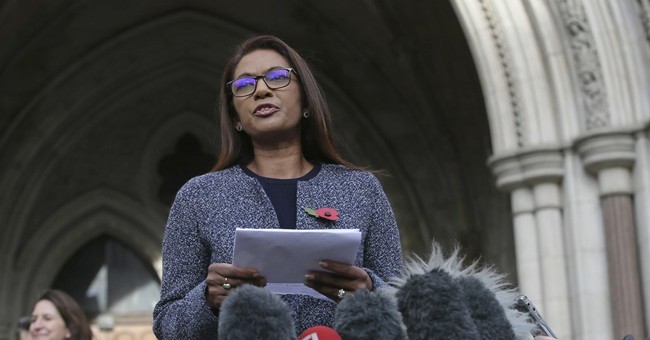 The U.K. High Court ruled Thursday that Parliament has the final say when it comes to Brexit.

On June 23 of this year, the United Kingdom—made up of England, Scotland, Wales and Northern Ireland—voted on whether or not to leave the European Union. England voted to leave 53.4 to 46.6; Wales, 52.5 to 47.5; and Scotland, 62 to 38; while in Northern Ireland 55.8 percent voted to remain while 44.2 percent voted to leave. Despite the fact that a majority of the population voted in favor of leaving, the process of formally withdrawing cannot begin until the members of parliament have their say.

The government is appealing the decision and a hearing is said to take place December 7-8. However, if the High Court’s verdict is upheld, then the members of Parliament— many of whom are in favor of staying in the EU—could significantly delay the Brexit process or even terminate it.

Many British outlets have reported that it is unlikely that Parliament will overturn the referendum and contradict the people’s will.

According to The Guardian, the International Trade Secretary, Liam Fox, said that “the government is determined to respect the result of the referendum.”

The case was brought forth by a number of British citizens “with the help of some of the U.K.’s top constitutional lawyers,” according to the WSJ. The verdict, delivered by the Lord Chief Justice John Thomas, also known as Baron Thomas of Cwmgiedd, focuses on Article 50 of the EU treaty, which states:

“1. Any Member State may decide to withdraw from the Union in accordance with its own constitutional requirements.

2. A Member State which decides to withdraw shall notify the European Council of its intention. In the light of the guidelines provided by the European Council, the Union shall negotiate and conclude an agreement with that State, setting out the arrangements for its withdrawal, taking account of the framework for its future relationship with the Union….”

By invoking Article 50, a two-year window has be opened for talks between the U.K. and the EU.  Prime Minister Theresa May said she will begin these talks by the end of March. During the talks, the fate of Brexit will be entirely in Parliament’s hands.

Needless to say, proponents of Brexit are not pleased with the court’s ruling.

Nigel Farage, leader of the U.K. Independence Party (UKIP), is inflamed by the decision.

“I worry that a betrayal may be near at hand…I now fear that every attempt will be made to block or delay the triggering of Article 50. If this is so, they have no idea of the level of public anger they will provoke,” Farage told The Guardian. The UKIP leader is not known for his civility when it comes to discussing Bexit.

Others are thrilled by the decision. In the same article from The Guardian, Tim Farron, a member of Parliament and leader of the Liberal Democrats, was quoted saying, “Given the strict two-year timetable of exiting the EU once Article 50 is triggered, it is critical that the government now lay out their negotiating to Parliament, before such a vote is held.”