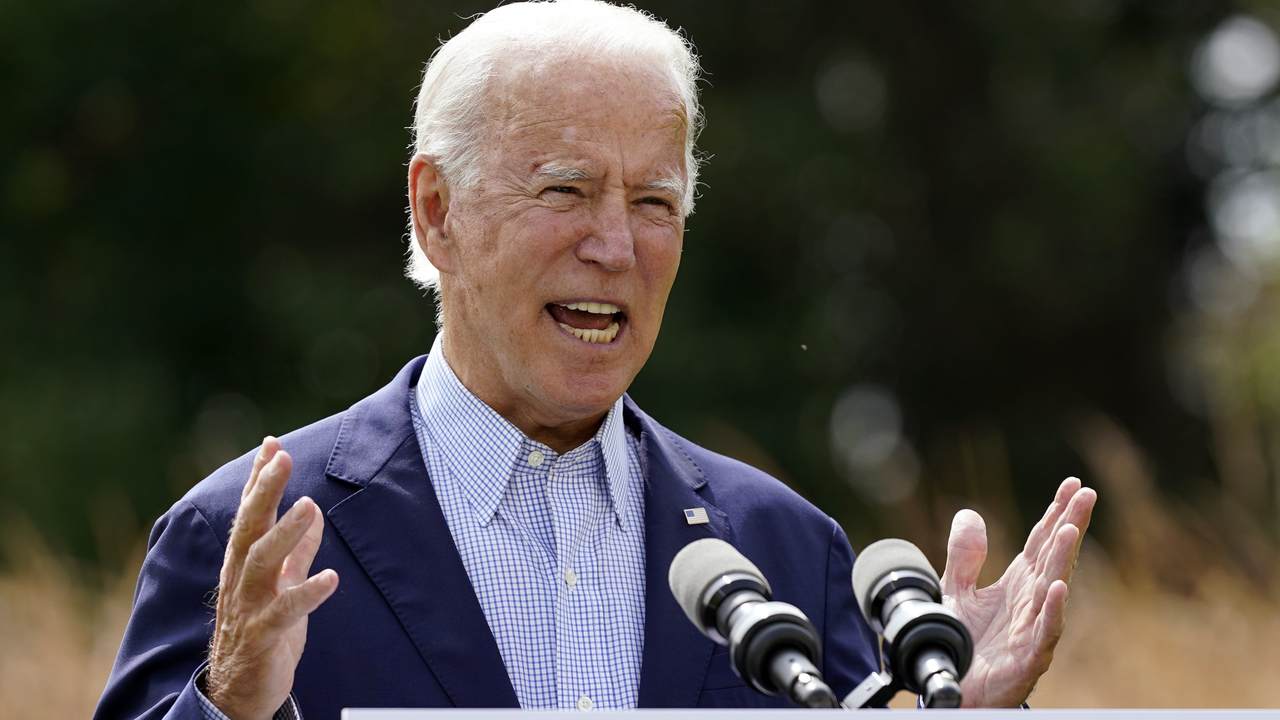 While the president spoke in California on Monday to discuss the multiple crises facing the West Coast amid devastating wildfires, Democratic presidential nominee Joe Biden played defense from his home base in Delaware.

Across California, Oregon, and Washington, fires have blazed out of control while laying waste to homes, businesses, and properties. Thirty-five people have lost their lives as of Tuesday morning, and control of the fires remains out of grasp for the thousands working to contain them.

President Trump listened to officials in Sacramento explain how the state can get a hold of the situation and prevent future catastrophic events. While the president stepped up to lead during this horrific event, however, Biden only cast blame.

The former vice president blasted Trump for his environmental policies, which have largely repealed harmful regulations and global agreements enacted by the Obama-Biden administration. Biden even called Trump a "climate arsonist," insinuating that the president's actions were responsible for the fires.

But scientists don't have Biden's back on this. Biden didn't mention several contributing factors to the fires on the West Coast that have nothing to do with climate change. During the president's briefing in California on Monday, representatives from the United States Forest Service pointed out the most significant contributing factor to the large scale of the wildfire: hundreds of thousands of acres of dead trees.

Those trees, killed off by old age, beetles, and drought, gave the wildfire nearly infinite fuel to burn. And, as scientists pointed out, the reason they were still there was because of more than a century of fire suppression.

Climate writer Mike Shellenberger pointed out that policies enacted by far-left, climate crisis activist leaders like Gov. Gavin Newsom and former Gov. Jerry Brown have stopped essential controlled burns from occurring throughout the state of California. The burns, he points out, would have greatly throttled the severity of the current crisis.

"Climate dries the [wood] fuels out and extends the fire season from 4-6 months to nearly year-round but it's not the cause of the intensity of the fires," U.S. Forest Service scientist Malcolm North said. "The cause of that is fire suppression and the existing debt of wood fuel."

It is, in fact, a politically motivated environmental regulation that prevents controlled burns from happening. As pointed out by Katie way back in 2011, it was the supposed environmental activists that prevented necessary forest burns under the guise of protecting wildlife.

Under the disguise of non-profit organizations and saviors of the environment and endangered species, groups like the Sierra Club, Friends of the Forest Guardians and the Center for Biological Diversity have been strong advocates against logging, the burning of small natural fires, and grazing on federally held forest land. Excessive Forest Service regulation, Endangered Species Act regulations, clean water regulations and more, prevent the salvaging of dead trees and cleanup of excess dead vegetation. This has resulted in a dangerous and large build up of extremely dry dead trees, excess brush and thick vegetation undergrowth. A ticking time bomb waiting for a single lightening strike to set it off.

“We can’t go in and do anything now because essentially the greens control the USFS,” R.J. Smith, director of the Center for Private Conservation at the Competitive Enterprise Institute tells Townhall. “The environmental regulations and the philosophy prevents them from doing anything to restore the forests to a healthy condition. You literally can’t go in anymore.”

But now, as 35 people have lost their lives so far, the wildlife these groups claim they are protecting by preventing controlled burns and logging is under greater threat than they could have ever imagined. It is not known how many endangered species have been killed or lost their habitat throughout the wildfire crises.

Further, many of the fires raging along the country's West Coast were set intentionally. With the stage set by environmental groups refusing to allow the cleaning out of wooded areas, criminals with Molotov cocktails have exacerbated the situation, committing blatant arson and then being let go without even having to post bail.

Bipartisan legislation to prevent further fire destruction was even introduced last month by Sens. Steve Daines (R-MT) and Dianne Feinstein (D-CA). The Emergency Wildfire and Public Safety Act acknowledged that the increased temperatures likely worsened the impact of the wildfires but also stuck with the science, giving real solutions to the problem of forest wood fuel instead of blaming climate change.

"I am very happy to join Senator Feinstein in introducing this strong, commonsense forest management legislation," Sen. Daines said last month. "This bill will speed up urgently needed projects to reduce wildfire risks, create good paying jobs in the forestry sector, and protect public health and safety. I look forward to working closely with Senator Feinstein to pass this legislation and send it to the President's desk, because we must manage our forests so they don't manage us."

But Joe Biden doesn't want America to think about that. He doesn't want to tout real solutions for a deadly crisis that is leveling the environment out West and causing haze as far east as New York City. He doesn't want the nation to think about the failures of far-left organizations whose votes he is counting on. Joe Biden hopes that people will simply take his word for the fact that Donald Trump, praised even by Gov. Newsom, is simply a bad guy – a "climate arsonist."