What Popular Boardwalk T-Shirts Tell Us About the Political Moment 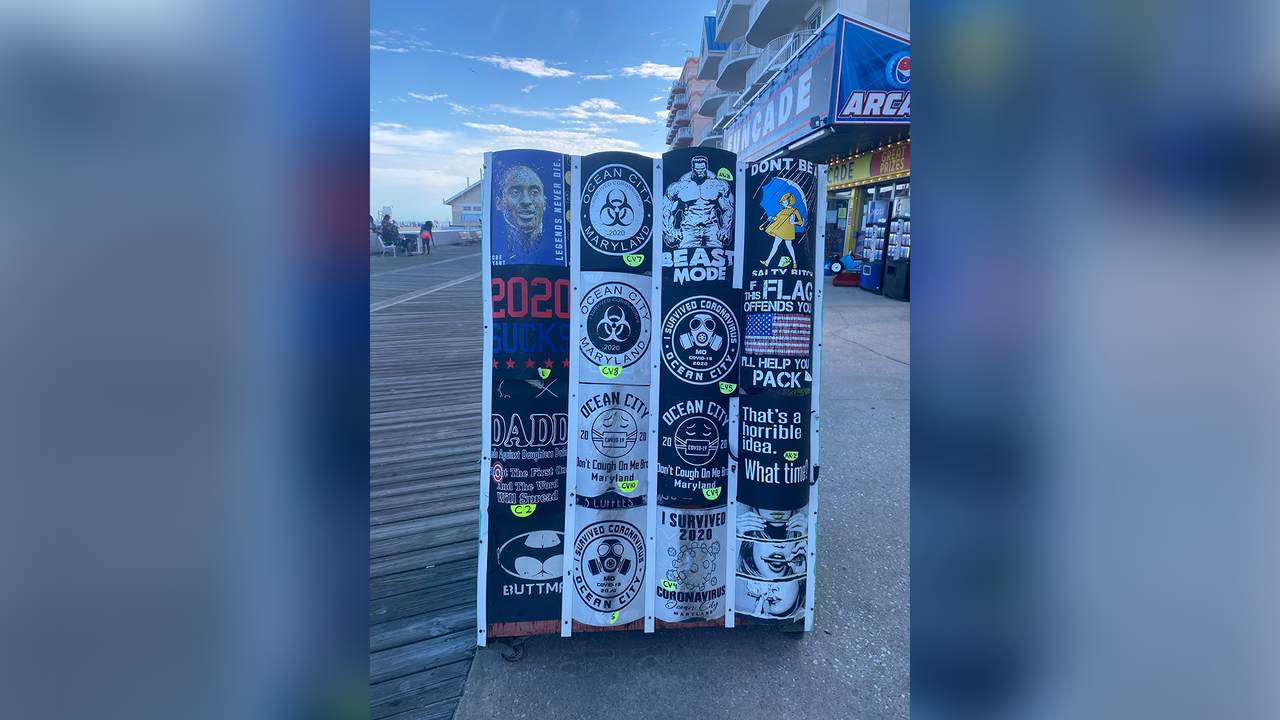 Ocean City, Maryland – Each summer, there are certain elements of a beach town boardwalk that command our attention and evoke nostalgia from every generation of vacationer. For me, it's the salty, vinegar smell of Thrasher's French Fries, fighting off the turkey-sized seagulls hungry for funnel cake, endless rounds of put-put golf, and the pop culture t-shirts being hocked on the boardwalk.

Shortly before driving the three-plus hours to Maryland's most eastern point from Washington, D.C., a CNN anchor ominously warned me from the T.V. that Baltimore was prepared to go forward with increased seating capacity in restaurants, even though new COVID-19 cases were still being reported. To follow the tone of that report, one might consider a trip to the beach to be frivolous, unneeded, and potentially dangerous. To CNN and others, living life as normal and forgetting to be afraid is now a grave danger.

However, Ocean City and the people vacationing there are having a very different 2020 than the one being described on cable news. The summer-tourism powered town played ball when Maryland officials locked down the state, canceled festivals, and restricted travel. They dutifully closed up shops on the boardwalk as the summer sun arrived and locked beachgoers out of their first dip in the Atlantic Ocean.

As has been the case for so many in 2020, they finally had enough. Restrictions lifted and crowds descended on the beach once again. Restaurants marked off every other table but gleefully welcomed back patrons and encouraged them to wait for just a moment if a bar was too crowded. Signs went up along the boardwalk, asking people to wear a mask at all times, but as the afternoon sun hit 95, only a rare mask could be spotted among the well-distanced crowd.

They were playing by the rules, but without fear and angst. The curve was flattened, and beach life, vacation, and celebration went forward. That was precisely the story being told through the crystal ball lens of boardwalk t-shirts.

"I Survived Coronavirus 2020, Ocean City, Maryland," one t-shirt read. "Don't Cough on Me Bro," said another. Even masks, however infrequently worn on the boardwalk, proved to be a hot commodity for the enthusiastic salespeople of the novelty shops along the beach.

The flippant nature perfectly captured the mood of the tourists who went about their vacations carefully, but without paranoia and without chastizing strangers. The sentiment seemed to be a stark contrast to the foreboding spread by cable news just a few hours earlier.

Missing entirely from the wide selection of t-shirts was endorsements of riots, looting, and protests for social justice. Black Lives Matter, Antifa, and Marxism seemed to have completely skipped the serene beach town. Instead, gestures of patriotism, support for the police, and enthusiasm for President Trump dominated the political side of t-shirts.

While the media has spun the story of unquenchable demands for social change, the t-shirts of the Ocean City boardwalk tell a much different story. Americans interested in wearing their sentiments aren't interested in buying fear and progressive messages of socialism and defunding the police. They are buying patriotism, resilience, and the end of a pandemic that has seemingly shifted away from science and become only political.