The Polls Say One Thing, America Says Another 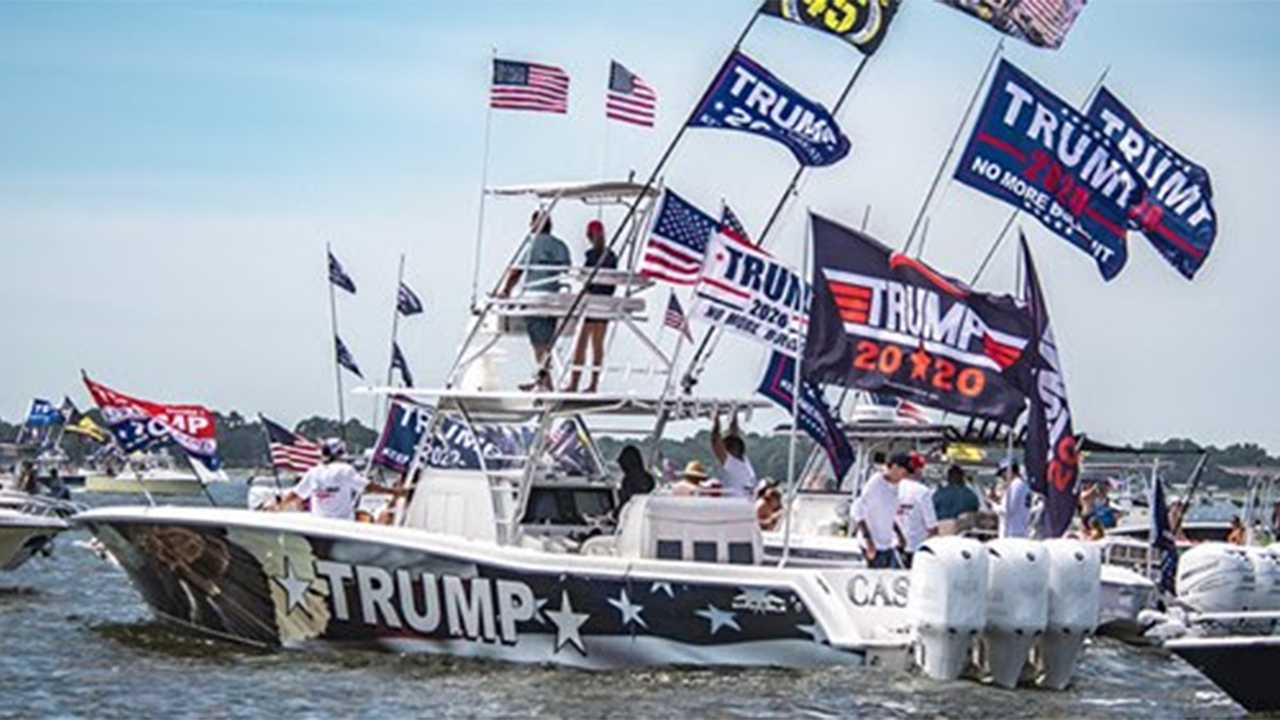 From our home offices, our kitchen tables, and our glaring screens full of angry social media posts, it has been easy to be dejected about the state of America in recent months. We have been consistently told that Americans are disillusioned with the country, the leadership, and the possibilities for our future. And perhaps, these assertions are partially true, but it's far from the whole story.

National polling, which dominates headlines and generates countless think pieces, has continued to underline a glass-half-empty attitude toward the country, showing the president lagging behind a barely coherent Joe Biden, in some cases by as many as 15 points. Other polling questions evoke even more malaise. A survey this week conducted by Fox News showed that 31 percent of Americans under age 30 look at our founding fathers as "villains."

Week after week, from our semi-quarantined lives at home, dependent on cable news for reports on the outside world, we are left to wonder what happened to this country that was once so fearless and pugnacious. Nearly every American believes there should be a federal mask mandate, we're told. A majority of Americans, according to one poll, believe criminal punishment for not covering your face in public should be the way forward to fight the spread of COVID-19.

Yes, pollsters claim fair surveying. Statistics are released with promises that participants were selected at random, that questions were asked in random order, and that no bias on the part of the polling institution influenced the questionnaire. But is it even possible to write questions without inherent bias in a time that is defined by bias? Is it possible to randomly sample a cross section of critically thinking Americans without sourcing from politically bent regions?

Perhaps the answer to those questions is "yes," but the unscientific survey of America – the real America, the one outside of the bubble of politics and rhetoric – tells an entirely different story.

On a recent trip with a friend to the Eastern Shore of Maryland and Delaware from the nation's capital, it took fewer than 20 miles of driving to detect the palpable difference between the panic of an urban center and the calm of summer in the country. As the journey took us over the daunting four miles of the Chesapeake Bay Bridge, cars were not filled with panicked faces concerned with polling data nor doom and gloom about "systemic racism." The busy bridge was instead packed with cars towing boats, stacked with luggage containers, and many adorned with American flags.

The thousands of beachgoers and weekenders did not represent an America bogged down with fear and malcontent, lacking faith in the country as we've been led to believe in recent months. As highways and bridges transformed into country roads on the rural journey to the Atlantic Ocean, something else became clear. This is a country that still believes in the president.

We stopped in a historic Chesapeake Bay village called Chestertown, little more than a blip on the map but full of Revolutionary War history, gloriously preserved 18th century homes, and tributes to Maryland patriots who once lived there. Just after passing the placard welcoming visitors to the town, founded in 1706, all drivers were then greeted by an oversized "TRUMP 2020" banner in the front yard of a prominent home.

Missing were the vandals, statue destroyers, and protesters we have come to believe as the commanders of our national narrative. In their place were Americans happily living in peace, supporting the president and eager to welcome tourists in a season marred by disease and unrest.

Shop owners on High St. in the small town dutifully wore masks and asked patrons to do the same but fully rejected the notion of ever closing again over fear of the Chinese virus. The common sentiment was that it had been a tough year, but they would not accept defeat. They were still under the impression that they lived in a free country and their local governance was advocating for their success.

While the boutique shops in Chestertown bustled in the hot summer sun, sidewalk sales dotted the side streets, and bars and pubs gleefully welcomed as many patrons as legally allowable. An evening stroll through the town again revealed an undercurrent of patriotism, proud displays of the Stars and Stripes, and friendly residents of all ages and races waving to and greeting passersby.

If America is at a cultural war with itself, it wasn't apparent that July evening in Chestertown. A subsequent day's itinerary took us to Ocean City, Maryland, more than two hours from the quiet village. The long drive from one town to the next takes you through rural Maryland and Delaware, a slice of America sandwiched between the bustle of major city life and the vast Atlantic Ocean. There, farmers thrive on corn and wheat cultivation. Produce stands, livestock, and horseback riders are a common sight on the country drives. Few roads, if any, sport more than one lane in either direction.

In Delaware, Joe Biden's home state and a virtually guaranteed lock for Democrats in nearly every election, rural roads were overwhelmingly adorned with signs in support of police, the military, and President Trump's reelection. Though we traveled only one route, we did not spot a single sign supporting Joe Biden's bid for the White House. While we're told that we live in a nation divided over support of law enforcement, racial tension, and accusations of bigotry, the peaceful Americans living on the road to a major tourist destination have used their highly visible location to reject that narrative entirely.

That attitude continued in Ocean City, which has long been a prized destination for Marylanders, Virginians, and everyone in between, including city dwellers and suburbanites. I assumed this would be a very different year for the normally packed beach town. I was wrong. Beachgoers splashed in the ocean, laid out for rays on the sand, and devoured Trasher's French fries and funnel cake as though nothing had been disrupted. Most hotels were fully booked, and restaurants and bars were enthusiastically patronized. Tourists walked proudly along the beach and boardwalk with pro-American, pro-Trump, and pro-police apparel.

Several tourists and business owners in the busy beach community shared with me that their biggest concerns right now were police relatives and friends in physical danger and at risk of losing their jobs. They were also concerned that their Second Amendment rights would be under significant threat in a Joe Biden presidency. The third most voiced concern was the name change of the Washington Redskins, which was deemed "ridiculous" by multiple people. No one I spoke to mentioned concern over rising cases in COVID-19, only concern that small businesses were under threat.

It took only a few days and a few hours of driving to prove that America simply isn't represented by the damning data being published on a daily basis. While we are being instructed by the media that we are living in deeply troubled, nearly apocalyptic times, our countrymen disagree. In this age of disease and deep political division, Americans should remember that we are 50 states united and all voices from all places contribute to our life, liberty, and pursuit of happiness.