Democrats Saying 'No One Is Above the Law' Is Hypocritical Hogwash 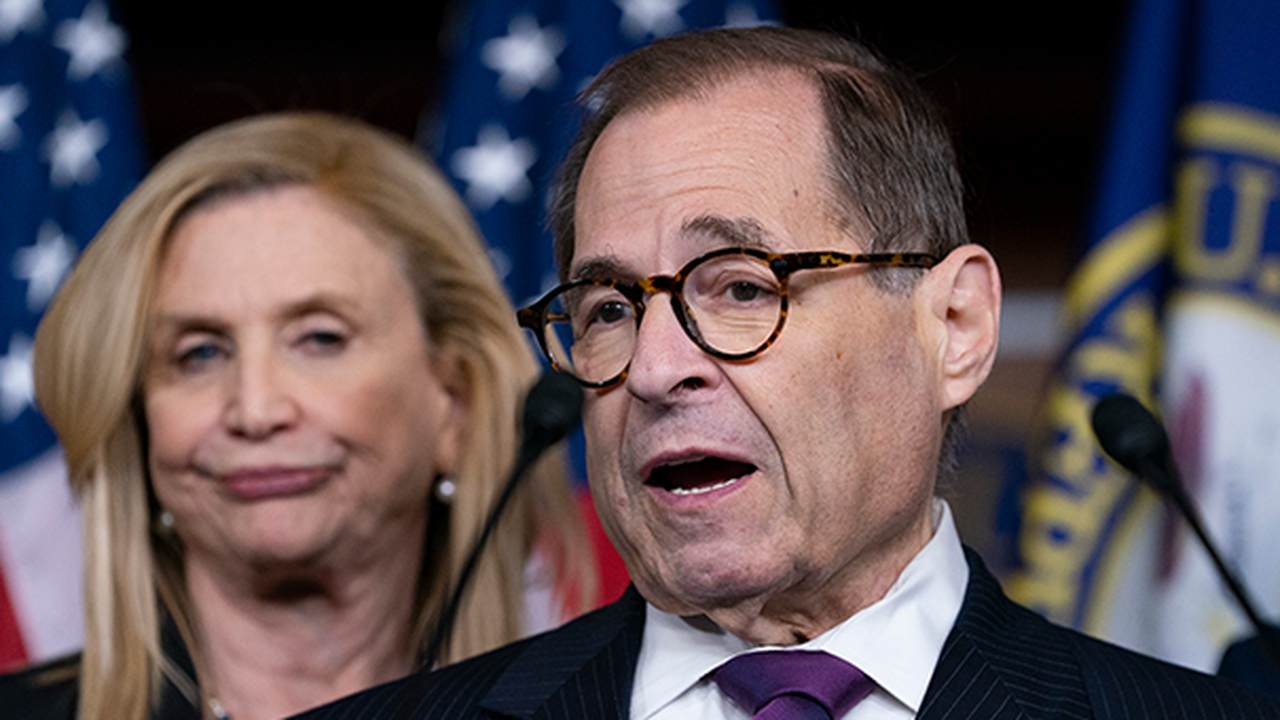 Though neither the Left nor Right could definitively claim victory following the Supreme Court's Thursday decisions about President Trump's financial records, the Democrats all sang a familiar refrain.

"No one is above the law," several top Democratic leaders said after the decision was handed down. No, they won't get to look at Trump's tax returns and cherry-pick problematic headline-makers before the election in November, but to them, this victory was sweet in another way. They were able to claim that their hunger for his demise was simply upholding the law of the land and not a partisan vengeance against a conservative president whom they despise.

But of course, that is exactly what it is. Democrats have played almost every card in the deck against Trump since he entered politics in 2015, all leading nowhere and wasting unspeakable amounts of taxpayer money. But all this wasted time, money, and effort are always simply explained away by a simple wave of the hand and a pull string doll squawk of "no one is above the law!"

No one is above the law.https://t.co/6slegKBc9P

It is a fundamental principle in our country: No one is above the law, not even the president.

This is a victory for democracy. https://t.co/PQphILBxf5

Bottom line: no one is above the law, criminal investigators and Congress can acquire the materials sought. Politically savvy - and legally correct - decisions.

In a devastating blow to President Trump and his enablers in the Republican party, the Supreme Court today upheld a fundamental tenet of our democracy that no one is above the law.https://t.co/wqaNGUPVpD

Just six weeks ago, Democratic leaders all over the country were clamoring to charge people for violating social distancing orders and arresting hairdressers for daring to try to operate their small businesses, upholding that no one is above the law, their favorite thing to say. But then the protesters came, the liberal activists piped up, and suddenly thousands of lawbreaking mobs, rioters, and looters were above the law.

And when the president dared to assert that law and order should be upheld amid the violence, he was said to be threatening and dangerous. How dare he suggest that no one, not even Black Lives Matter protesters, were above the law?

A Democratic House Bill that passed last week called for the end of all qualified immunity for police officers, opening them up to untold levels of harassment and persecution that will make their jobs impossible. Another recently introduced bill outlines the dismantling of law enforcement across the country. These are not the proposals or ideas of a party that truly believes "no one is above the law."

Law enforcement in New York is so confused by Democratic policies about chokeholds in the recently enacted city bill that they are terrified to physically interact with dangerous suspects for fear of losing their jobs and being criminally tried. Manhattan District Attorney Cy Vance declined to prosecute any person arrested for trespassing, disorderly conduct, or a slew of other criminal offenses related to the widespread protests in the city.

That same prosecutor is at the center of one of the SCOTUS decisions today and will go into high gear to make sure that his political enemy, the president, is held to the standard of law. Vance was also called to task this week for refusing to take an interest in the devastating spike in violence and shootings taking place all over the city. Instead, Vance was charging a woman for emotionally calling 9-1-1 on a Black man in Central Park. That is not justice, that is activism, and when it is masquerading under the guise of "no one is above the law," it is very dangerous.

If the Democrats truly believed that no one was above the law, they'd apply that very logic to themselves and accept the election results of 2016. But rather than pursue serious legislation and effect actual change in this country they claim to care so much about, they have spent nearly four years trying to defeat Trump with desperate hoaxes, sham impeachments, and that ever familiar tune of holding him to their gold standard of "no one is above the law."

They'll go forward with their strategy to remove the president and shame him at all costs, but it's time they stop gaslighting the nation into thinking their actions have anything to do with perseveration of the law.